Kahangara says he is following up with the Kenya Rural Roads Authority to rehabilitate the roads.

• They sell their food crops such as kales, spinach, cabbages, potatoes, carrots and different types of fruits in Nairobi, Mombasa, Malindi and Lamu.

• The legislator said the roads are especially impassable when it rains as vehicles cannot access interior places to collect farm produce. 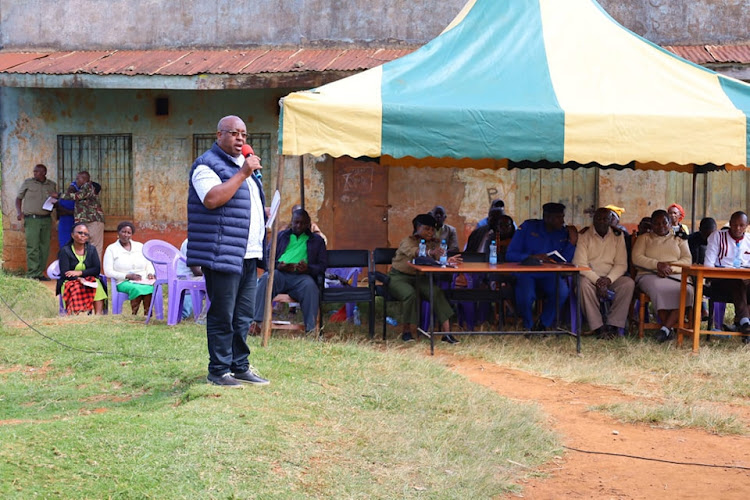 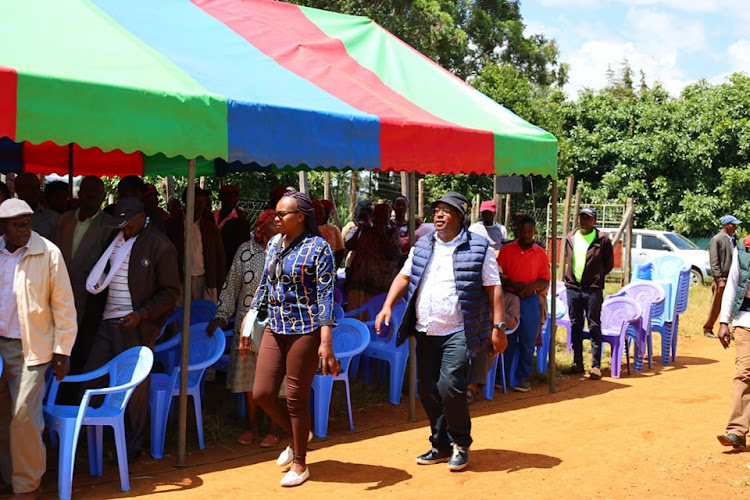 Lari MP Mburu Kahangara is escorted by a resident to take a seat at Gitithia on Sunday.
Image: GEORGE MUGO 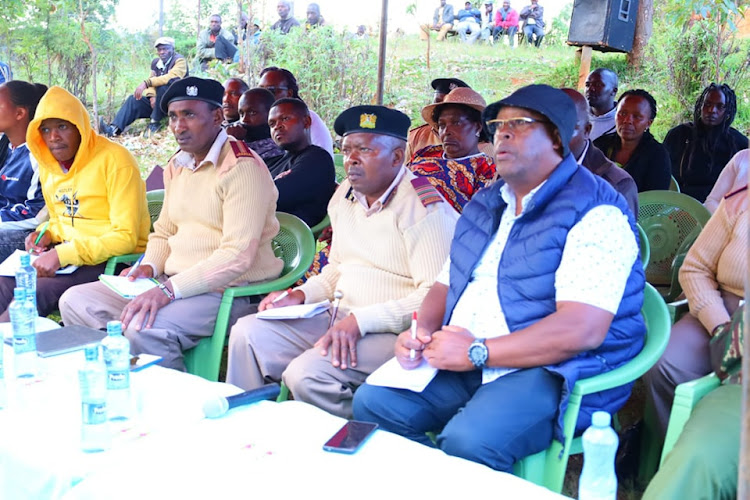 Farmers say they do not make profit as the poor state of the roads frustrates them when transporting their farm produce to the market.

They sell their food crops such as sukumawiki, spinach, cabbages, potatoes, carrots and different types of fruits in Nairobi, Mombasa, Malindi and Lamu.

Farmer Albert Nyaga said there are godowns where they take their produce to be packaged before transportation to the market. However, due to the bad roads, some of the farm produce goes bad on the farms.

"Many farmers are frustrated since lorries and pickups are unable to access the farms to collect produce owing to bad roads," he said.

"Those that reach the godowns at Nyambari trading centre, Soko Mjinga, Kimende and Rukuma, are packaged and taken to the market."

Nyaga said farmers whose perishable produce, such as sukumawiki and spinach, fail to reach the godowns are left counting losses.

"Dairy farmers also feel the pinch when vehicles that collect milk are unable to access their farms. They feed the milk to dogs, donkeys and pigs," he said.

MP Kahangara said transporters lamented that potholes on the roads destroy their vehicles and have to be taken for repair every now and then.

The legislator said the roads are especially impassable when it rains.

Kahangara and Nyaga were speaking at Gitithia chief's offices on Sunday during a CDF public participation exercise.

Kahangara said he was following up with the Kenya Rural Roads Authority to rehabilitate the roads.

He said the region will also benefit from the Mau Mau Road project since it cuts across the constituency.

The MP said once the road is complete it will open the area and ease trading.

Other issues discussed by residents during the meeting included how to improve the quality of education, street lighting, drainages and security.

"Very few groups borrow the money. Those who borrow return it with ease. In fact, the repayment rate stands at 95 per cent. There are so many groups that have never borrowed," he said.

Post a comment
WATCH: The latest videos from the Star
by GEORGE MUGO Correspondent
Central
16 January 2023 - 21:00
Read The E-Paper