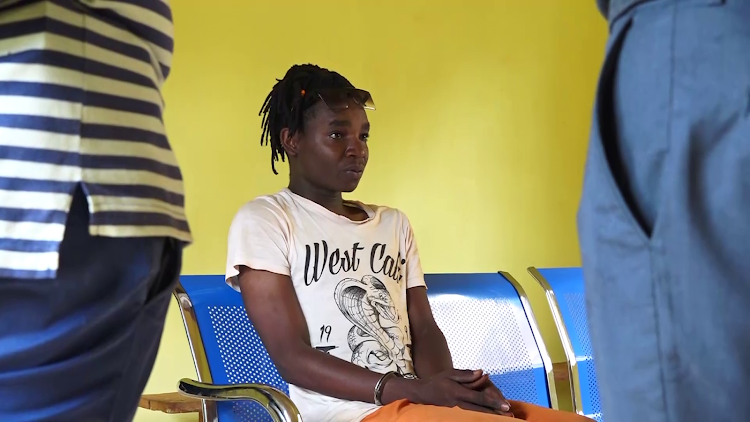 VANDALISM: A suspect who was arrested after he was found digging out pipes at Gaitega near Murang'a town on Thursday, November 17, 2022.
Image: Alice Waithera

Murang’a Water and Sanitation Company has incurred losses amounting to Sh1.2 million in the last three months due to vandalism.

The company has claimed incidences of vandalism of its equipment has been on the rise in the recent past and that it is being perpetrated by criminals disguised as its workers.

The criminals visit homes pretending to be repairing water infrastructure before they vandalise digital meters, air valves and other water fittings.

In Gaitega village, one of the suspects was arrested after he was found digging out water pipes in the company, others who managed to flee.

With help from members of Nyumba Kumi, the company was informed of the illegal on-goings and had the suspects raided. 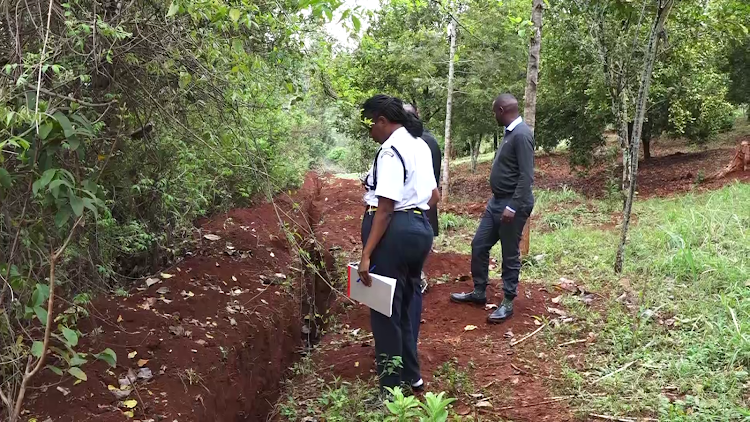 DISGUISED AS WORKERS: A police officer at the site where suspects dug out water pipes in Gaitega, Murang'a, on Thursday, November 17, 2022.
Image: Alice Waithera

According to the company’s managing director Daniel Ng’ang’a, the vandalism has resulted in disruption of water services in its jurisdiction.

He appealed to members of the community to report any incidences of vandalism and give information on the vandals to aid in their arrest.

Those who volunteer information that lead to the stoppage of the vandalism are given awards by the company as a way of encouraging more members of the public to help guard the water infrastructure.

“We have been organising forums that help to create awareness among members of the community and boda boda operators. We have also been going to churches to inform members of the increased cases of vandalism and how they can help,” Ng’ang’a said.

Areas worst affected by the vandalism include Maragi, St. Mary’s and Gaitega villages.

The director said it is prudent that residents confirm whether those attempting to access their homes are workers of Muwasco before allowing them in, to stem the incidents. 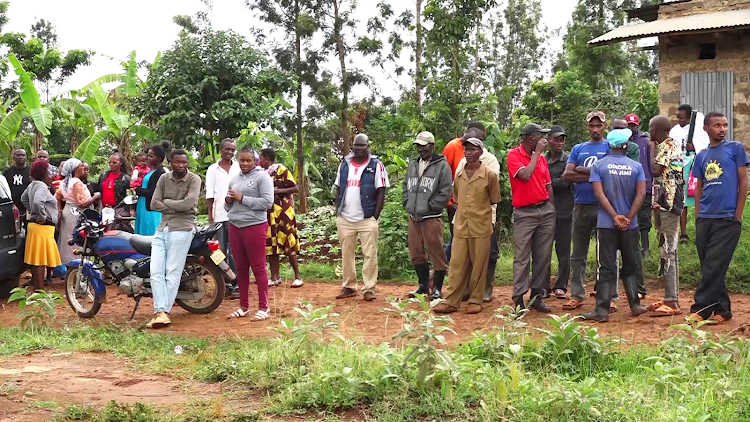 Muwasco’s workers, he added, must have a staff identity card and badge, and are always in uniform when at work.

“We are appealing to our customers to report anyone purporting to be a Muwasco worker and does not have those three things,” he said.

The firm, he noted, is working with security officers to reign in on the vandals who he said will be prosecuted once arrested.

Gaitega assistant chief David Muiru said he received information that a group of youths were digging out pipes in his area before the suspect was arrested.

“We are asking residents to give us prompt information when they see people vandalising water equipment,” he said.

Muiru said meetings have been held with Muwasco and Nyumba Kumi elders and they resolved to work with the public to bring the vandalism to an end.

He said they found deep trenches dug by the suspects and fragments of pipes that had been dug out.

“It seems they are fragmenting the pipes and selling them in kilogrammes,” he added.

Justice Mutuku said Chumvi's action was a threat to the safety of the SGR.
News
2 weeks ago

The accused used a nail cutter to destroy and open the said locks.
News
3 weeks ago

The victim told police he had been given a cheque to cash at the bank Saturday, November 5.
News
4 weeks ago

Oyagi says the cases are rampant in Kinango and Samburu subcounties.
Counties
1 month ago

Resident says there is a gang sneaking into homes and stealing headlights and side mirrors.
Counties
1 month ago
Post a comment
WATCH: The latest videos from the Star
by ALICE WAITHERA Correspondent, Murang'a
Central
18 November 2022 - 11:18
Read The E-Paper