Urges Raila to either concede defeat or seek legal redress 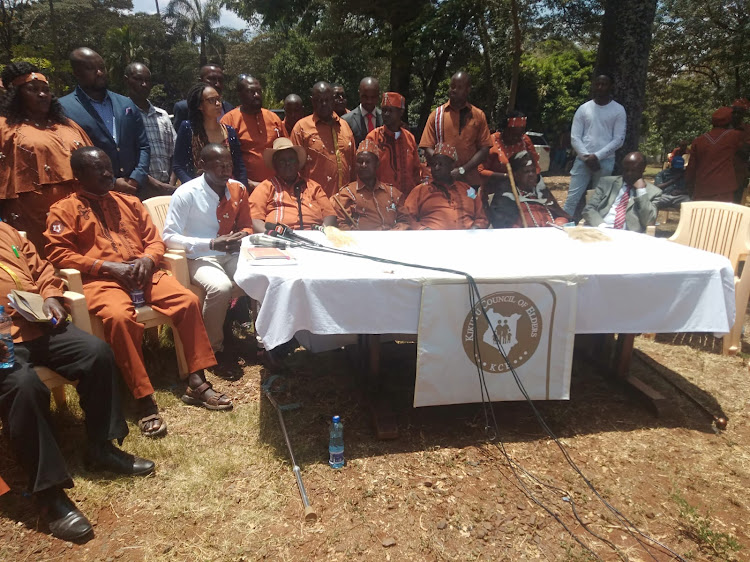 The Kikuyu council of elders has pledged to support President-elect William Ruto and his Deputy Rigathi Gachagua.

Speaking to the Star on Tuesday, council chairman Wachira Kiago said they have accepted the IEBC results and urged Kenyans to embrace peace.

He said they will protect the will of the people and urged former Prime Minister Raila Odinga to concede or seek legal redress.

“We will work with Ruto and Rigathi by according them the support they need," he said.

He said the council will further continue giving direction to the people of Mt Kenya region.

“We will not stop giving direction to our people, we will continue advising them on various matters and reaching out to other community leaders to foster unity," he said.

He further urged Raila to accept the election outcome and support Ruto to foster unity.

“Both Raila and Ruto should sit down and create a working formula that will foster national unity," he said.

UDA legal secretary general and Gatanga MP-elect Edward Muriu said that the Mt Kenya region is ready to support the government of Ruto.

“I’m happy that our people have paid their political debt that they promised William Ruto and we will continue working together for the unity of the country,” Muriu said.

He further noted that the Kenya Kwanza administration will serve all Kenyans uniformly including those who didn't vote for Ruto.

Gichu said that its the responsibility of Ruto and his team to accommodate everyone including those who opposed him.

“Kenyan politics is mostly led by a tribal gang and its the responsibility of Ruto’s administration to accommodate everyone,” Gichu said.

CS Matiang'i addressed the endorsement ceremony through a phone call.
Counties
2 months ago

Mt Kenya will get half of Ruto's government – Muturi