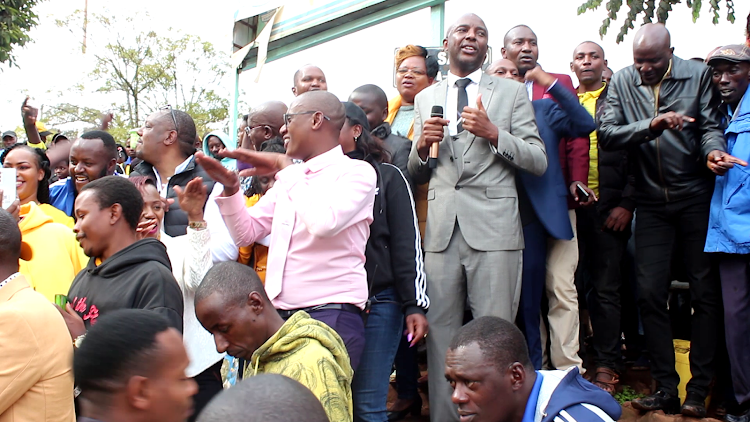 UDA candidate Irungu Kang’ata has been declared the new governor of Murang’a with 256,561 votes.

His closest competitor was Jamleck Kamau (Jubilee), who got 91,164 votes, while Wairagu wa Maai scored 42, 213 votes.

Kang’ata has successfully ridden on the controversial letter he wrote to outgoing President Uhuru Kenyatta detailing the disinterest that Mt Kenya residents had in the Building Bridges Initiative.

The initiative, he said in the letter, would fail as the region was more interested in policies that would boost the agriculture sector it depends on.

In January last year, Kang’ata, who was the Senate Majority Chief Whip, penned the letter that would get him ousted from his position soon after.

But Kang’ata in his campaign trail told locals that he was vindicated when the BBI failed and that the President should have taken his letter seriously instead of chasing him out.

The message formed the bulk of his campaigns and excited Murang’a residents who have been feeling frustrated with the Jubilee government.

Their frustrations have been confirmed by the overwhelming support that Kenya Kwanza presidential candidate William Ruto and UDA candidates have received in the election. 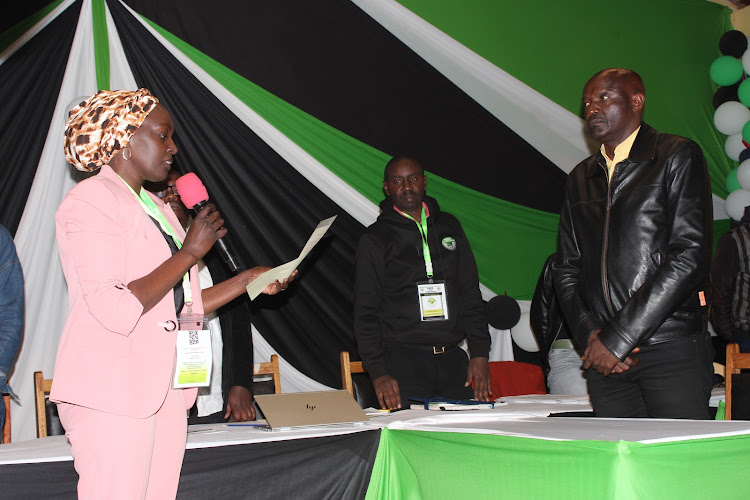 Also a major part of his campaigns was an audio recording of Ruto calling him ‘Kang’ata wa barua’ and heaping praises on him as a humble leader.

The audio recording was part of his campaigns song and would play repeatedly every time he had a stop-over.

At the age of 22, he was elected as the Councillor for Central Ward in Murang’a town.

The politicIan has a PhD in law. In 2012, he shot to the limelight when he defended Rebecca Kerubo, a security guard who had been allegedly assaulted by Deputy Chief justice Nancy Baraza. Baraza later resigned from her position.

He contested for the MP seat in 2013 and managed to unseat BC Muturi Mwangi who had served from 2007. And in 2017 he trounced Kembi Gitura when he vied for the senator seat.

Kang’ata, who walked to Murang’a town to celebrate his victory, promised a leadership devoid of discrimination and hooliganism.

He pledged to transform the county into one of the most developed in the country, pledging to work with all elected leaders.

“I will allow other elected leaders to criticise me. Murang’a has produced some of the big names in the business sector and politically. We can’t have such a name and be unable to develop the county,” he said.

He also pledged to establish Smart Cities programme he said will upgrade facilities in major towns such as Murang’a, Kangari, Kenol, Kiria-ini and Kirwara to prepare them for the increasing population. 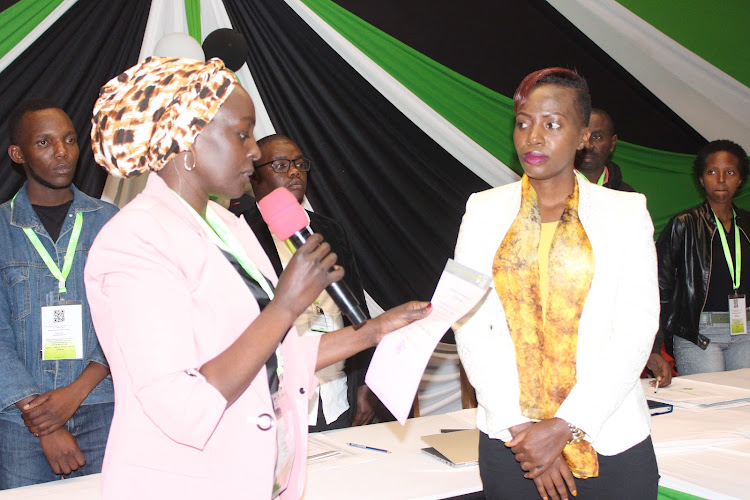 In the senate race, Joe Nyutu of UDA party was declared the winner to replace Kang’ata.

Despite being a political newcomer, Nyutu garnered 314,203 votes to trounce political heavyweight Kembi Gitura who got 72,278 votes under the Jubilee party.

Post a comment
WATCH: The latest videos from the Star
by ALICE WAITHERA Correspondent, Murang'a
Central
13 August 2022 - 17:50
Read The E-Paper