Political uncertainty to blame for low voter turnout in Central 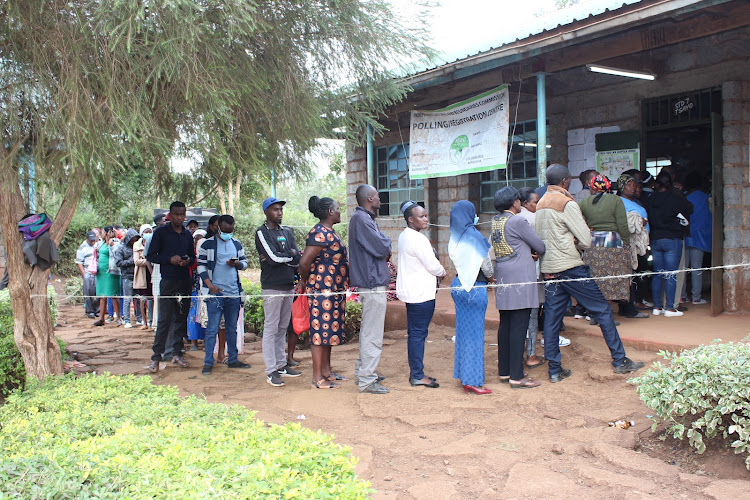 Murang’a residents have attributed the low voter turnout in most parts of the Central region to political uncertainty.

The region has had a presidential candidate since 1992 when Kenneth Matiba vied for the presidency only to emerge second after the then President Daniel Moi.

Mwai Kibaki unsuccessfully vied for the presidency in 1992 and 1997, before he eventually won in 2002, ruling until 2013 when he handed over to Uhuru Kenyatta, also from the region.

But the failure by President Kenyatta to mentor a leader who would take over from him after his retirement threw the region into limbo, prompting divisions, with a large part of the region falling behind his deputy William Ruto.

Ruto was at the time politically visible and would attend numerous church functions while the President was accused of only attending funeral ceremonies. 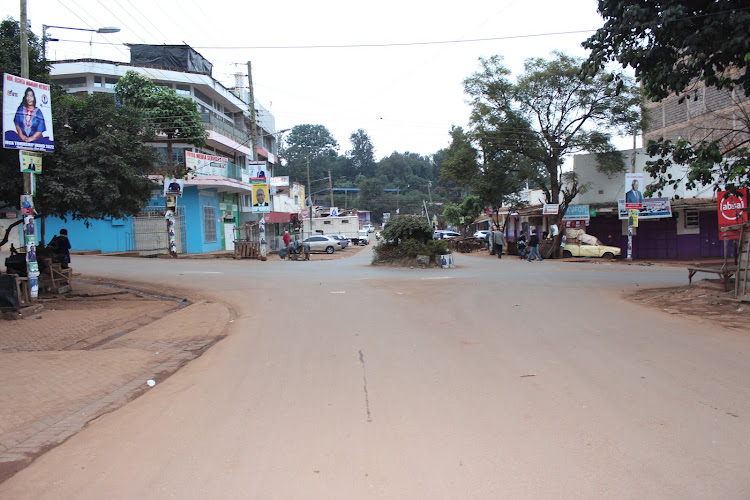 Desmond Kinyua, a resident of Maragua town, said the political processions and rallies that were characterised by huge crowds in the county were all sideshows.

The businessman based in Keno town cast his vote at Kimorori Primary School centre at 2pm.

A spot check by the Star indicated that stream six at Kimorori Primary  had recorded a turn out of 50.69 percent as at 4.30 pm. Only 332 people had voted out of 622 registered voters.

The trader said he was shocked to find that it would only take him a few minutes to cast his vote.

“I am used to queuing for hours to cast my vote but I was surprised it did not even take me 20 minutes,” he said.

John Kimani, another resident, said residents are frustrated with the current government and have lost reasons to vote. 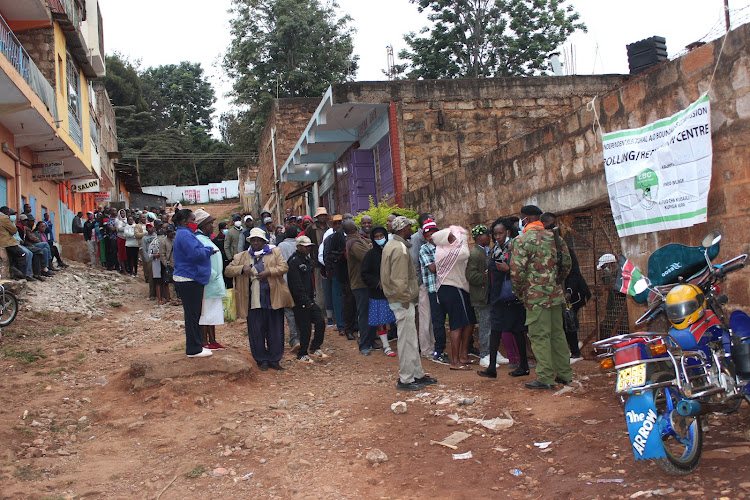 He said the region, without a definite political direction, found itself isolated, with a large number struggling to decide who to support.

“This is the same region that did 'kumira kumira' in 2017. They are the same people who came out to vote twice for their President and today (Tuesday) they have refused to vote,” Kimani said.

Kumira kumira is popular phrase that was used by the Jubilee Party as it rallied its supporters to re-elect Uhuruto in 2017.

The low turnout, he said, is a testament that residents are fed with the national leadership and have resigned to fate.

“Many seem to be wondering what next after they vote. They voted for their President in 2017 and life got harder for them. They don’t seem to think voting serves a purpose anymore,” Kimani said after voting at Technology Primary School in Murang’a town.

By 3pm, a stream at Ndikwe Primary School in Kiharu had only recorded 22 per cent, but there were long queues of people waiting to vote.

A stream at Chui Primary School in Mathioya had recorded 30 per cent by 3pm, while in Murang’a town, stream one at Vidhu Ramji Secondary School had recorded 62.66 per cent turnout by the time the exercise was concluded at 5pm with 386 out of 616 having voted.

Another stream at the same station recorded 61.86 per cent turnout as 381 out of 616 people voted.

IEBC said voter turnout was at 56 per cent one hour before stations closed.
News
1 month ago

He impressed many when he queued with the rest of the voters, although he had the chance to vote immediately.
Counties
1 month ago