DON'T LET US DOWN 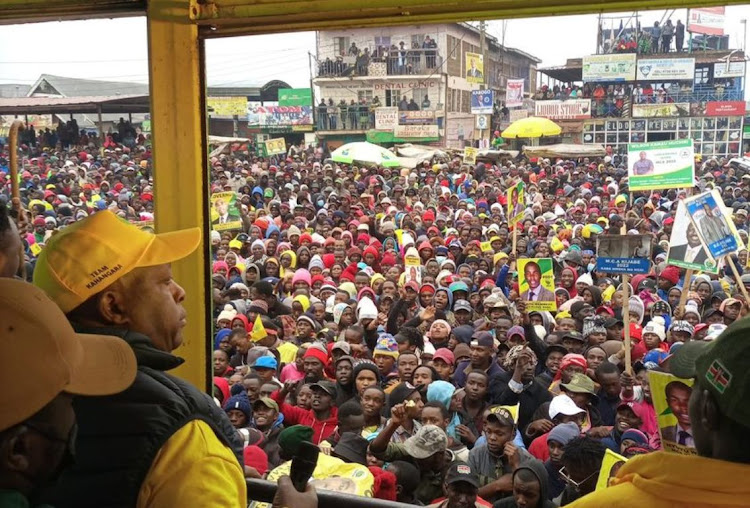 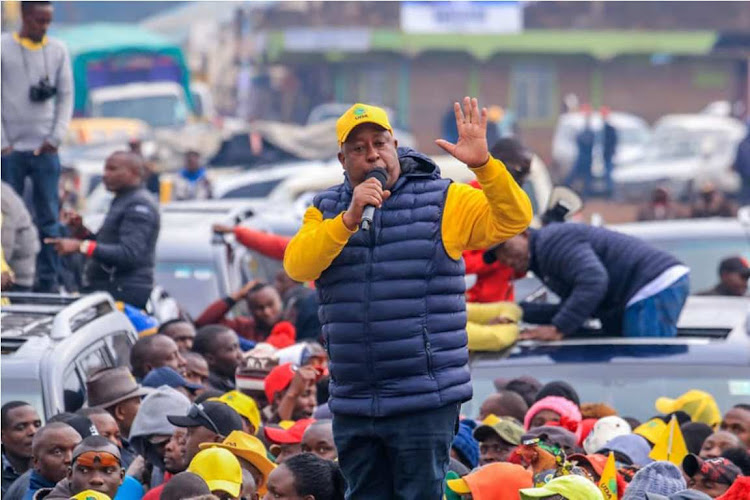 Deputy President William Ruto's UDA party has pleaded with residents of Kiambu not to give him a weak parliament by electing candidates from other political parties.

Lari parliamentary UDA candidate Mburu Kahangara said they are expecting over 85 per cent of registered voters in the area to vote for Ruto.

He sought forgiveness from residents over anything that UDA or any other candidates may have done that angered the electorates during campaigns.

He spoke on Saturday at Kimende town in Lari constituency after attending UDA rally at Nyayo Stadium in Nairobi where Ruto's gave his last speech before the Tuesday polls.

Kahangara urged electorates to consider UDA's manifesto saying it was touching on all issues affecting the public.

The candidate urged residents from Lari and Kiambu county at large to elect UDA candidates so as to have a strong Parliament that will be able to implement all their development agenda as set out in the manifesto.

"Do not let me down as I will also not our presidential candidate down. I know more than 85 per cent of us will vote for Ruto. Please do not give him another person when I'm here vying under his UDA party," he urged.

"I will support the issues he would want in Parliament including serving and presenting your wishes as my constituents and pleas to the government," he pleaded.

Kahangara dismissed claims that a low vote turn out of voters is expected in Mt Kenya region, adding that they have done enough mobilisation and they expect over 99 per cent to turn out.