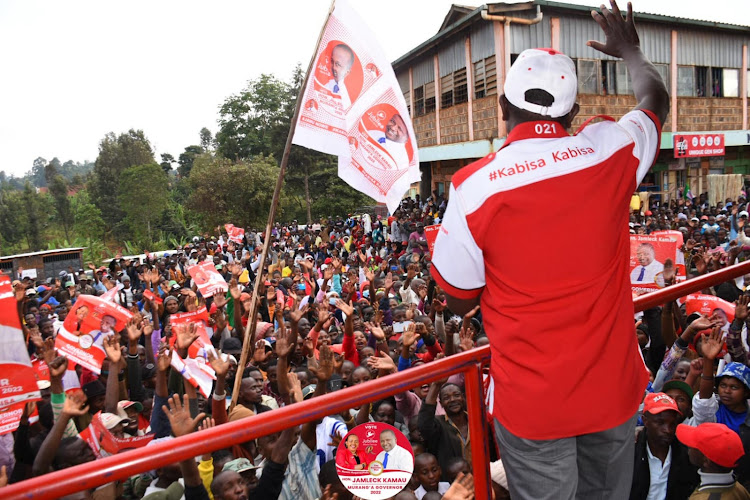 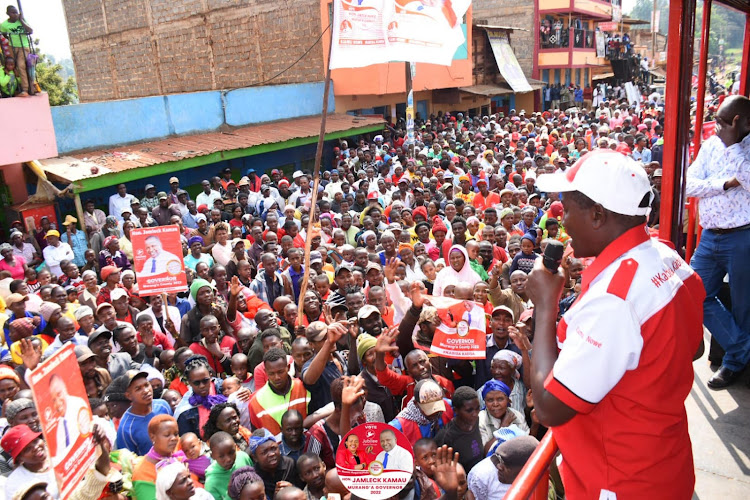 Muranga governor candidate Jamleck Kamau has promised to revive ailing health and agriculture sectors in the first 100 days if elected.

Kamau, who is vying on a Jubilee Party ticket, said the two sectors are vital and that he will inject more resources to ensure residents receive quality and timely health services.

The former legislator said he had received concerns from residents, especially on the deteriorating health sector in the region.

“Our people have been facing challenges in accessing several medical services as well as medicines in our health facilities. We have an elaborate plan of ensuring that Murang’a residents access the services affordably and with ease,” he said.

Kamau, who has been holding medical camps in the county, said his administration will construct more health facilities, especially in the remote areas such as Gatanga South.

He also pledged to install equipment for treatment of various illnesses, hire more medics and ensure all health facilities are well-stocked with drugs.

“We also have a plan of putting up a central medical store that will ensure uninterrupted supply of medical supplies and also coordinate their distribution to health facilities; monitor usage and make timely orders,” Kamau said.

He said his administration would also engage farmers in various fields and lay down a plan that will enhance the agriculture sector in the region.

“Agriculture is the backbone of our economy, especially in Murang’a county. Therefore, we will seriously focus on improving the sector for the sake of the economy and for the benefit our people," he said.

"My administration will seek better markets for farmers’ produce so that they can fetch competitive prices and this will improve their livelihoods.”

Kamau, who was accompanied by his running mate Naomi Kagone, said that his administration has a strategy of empowering the youth and women in the county.

He said an empowerment kitty aimed at assisting women and the youth start their own income generating ventures will be unveiled.

“We will start by ensuring that our youth are empowered with knowledge and skills in our TVET institutions within the county. Then they will be supported with seed capital to start or grow their ventures so that they can earn a decent living,” he said.

Kagone said their administration will bring all Murang’a residents together to ensure they drive the the development agenda in the county.

Kamau called on his competitors to uphold peace in their campaign rallies ahead of the polls slated for Tuesday next week.

Most preferred governor candidate in Murang'a

Vote for me, my rivals don't have agenda, says Kang'ata

He claims his rivals have been copying his programmes and selling them as their own.
Counties
1 week ago
by JOHN KAMAU Correspondent
Central
02 August 2022 - 22:00