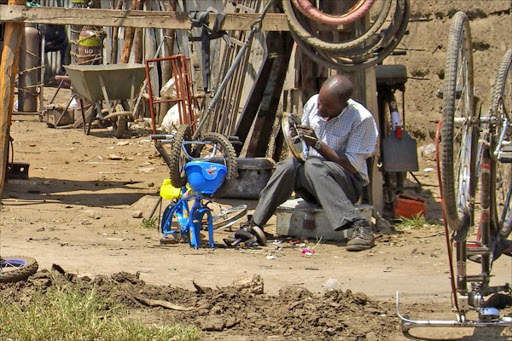 The government has urged jua kali artisans and mechanics in rural areas to register themselves in groups or form Saccos.

This is to enable them access loan facilities to improve their businesses.

Through the Kenya National Federation of Jua Kali Association, the state decried that there were a lot of artisans who were doing exemplary work and creating employment for many people, but were not known.

The federation's managing director Richard Muteti said lack of registration has left the artisans missing out in accessing jua kali finance from the government, banks and other lending institutions.

The director said the institutions may help boost their work and leave them expanded, since they have no records to show.

Muteti said they have been going around the country to educate and enlighten the artisans on the need to be registered.

“We have been going round the country to reach out to all artisans in the country. However, a few have registered themselves as groups but a majority have not,” he said.

“They have no records even documentation of who they are. This is so serious since financiers require documentations of how you operate, financial reports, your members and even registration.”

Rithaa encouraged the artisans to be creative so that their products can be marketed outside the country.

He said the sector has already employed about 6.4 million Kenyans, saying most of their products are preferred by residents owing to their standards and quality.

However, he urged parents to ensure their children’s talents and creativity are sharpened by enrolling them at technical training institutes around the country.

Ndung’u thanked the government for recognising them since they were registered, adding that his group has more than 200 registered members.

New private security curriculum to be enforced by 2023 – NITA

Say it will be piloted in five selected institutions trained on how to administer.
Counties
1 month ago

Ruto to give billions to 'hustlers' in bold manifesto

This is due to the un-standardised nature of the sector.
Business
2 months ago
“WATCH: The latest videos from the Star”
by GEORGE MUGO Correspondent
Central
01 August 2022 - 22:00