Why you should breastfeed your baby within one hour after birth 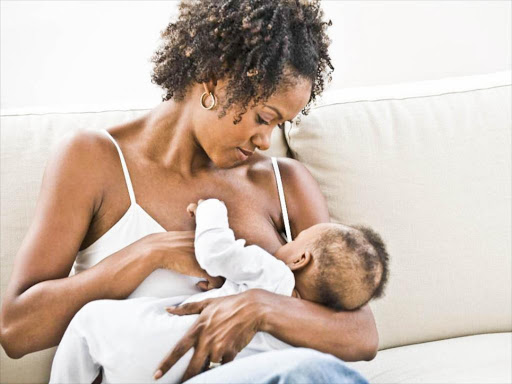 Murang’a county nutrition officer Nancy Waitherero has emphasised on the importance of breastfeeding within one hour after birth.

Waitherero was speaking during the launch of the breastfeeding week at Sabasaba market in Murang’a.

“Breast milk contains all the nutrients a child needs and the child should therefore start breastfeeding within an hour after birth,” she said.

“The child should then be breastfed exclusively for the first six months and should continue up to two years."

The nutritionist said breastfeeding coupled with proper nutrition gives the child a healthy start in life by building their immunity against many childhood and lifestyle diseases later in life.

“After the first six months, the child should be given different food types daily to ensure they get the nutrients they require,” she said.

She said children below five years should get vitamin A supplements every six months as well as all the recommended vaccinations and deworming.

The world breastfeeding week is commemorated every first week of August but was brought forward this year because of the general election.

In Murang’a the celebrations were held together with the Malezi Bora week, which is a bi-annual event aimed at sensitising the public on the importance of good nutrition.

Murang’a county has partnered with Nutrition International to ensure all children under the age of five receive the recommended doses of vitamin A supplements.

The county health management team in a statement read by health administrator George Ngari, underscored the importance of breastfeeding.

CHMT said exclusively breastfed children are at a lower risk of contracting diseases and with proper nutrition, there is a reduced risk of lifestyle diseases later in life.

According to the CHMT the county breastfeeding rates are at 88 per cent which is higher than the national average of 61 per cent.

Inverted nipples not a cause of concern — doctor

Says they do not necessarily make breastfeeding difficult, as the baby can latch over the entire areola.
News
2 months ago
“WATCH: The latest videos from the Star”
Central
18 July 2022 - 22:00