• Governor James Nyoro said the county government will act as the guarantor, with Sh138 million as collateral.

• He said residents will access the loans at seven per cent interest rate instead of the average rate of 13 per cent. 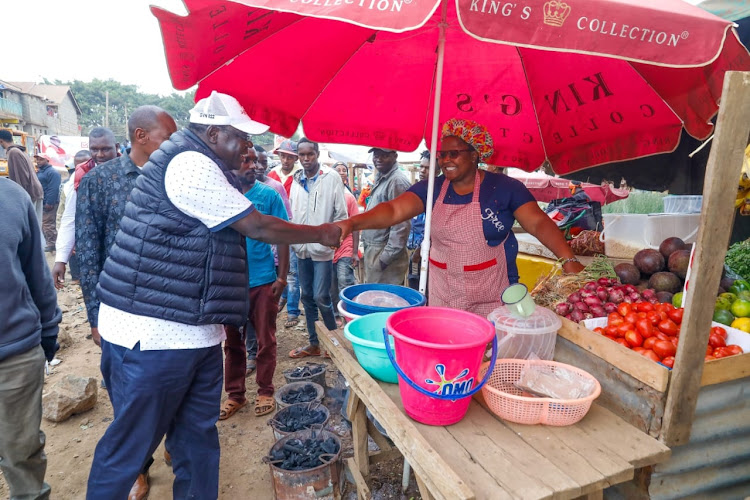 Kiambu residents have been urged to apply for the Sh1.3 billion Jiinue Fund to boost their businesses.

The revolving fund was established by the Kiambu government in partnership with Kenya Commercial Bank to assist businesses in the county that were affected by the Covid-19 pandemic.

Residents will access the fund as loans. The fund was launched two weeks ago.

Governor James Nyoro said the county government will act as the guarantor, with Sh138 million as collateral. He said residents will access the loans at seven per cent interest rate instead of the average rate of 13 per cent.

The county chief urged Kiambu residents to either individually or in groups apply for the funds.

The governor, who spoke during a development tour in Juja subcounty, said start-ups are accessing up to Sh150,000 while groups and Saccos are getting up to Sh300,000 and Sh1 million respectively.

Nyoro said 18 residents have received Sh14 million as they seek to advance their ventures.

One of them is a young farmer from Githunguri who received Sh1.3 million to boost his dairy farming.

“We are offering our people a chance to transform their lives by making the funds available to enable them to grow their income generating activities. I call upon Kiambu people to seize this noble opportunity and apply for the low-interest loans,” Nyoro said.

“We understand that most people are in the MSMEs sector and the major hurdle they face is financial challenges which deny them an opportunity to grow. We seek to address this hurdle for these important people who contribute to our Gross County Product (GCP).”

The governor's wife, Margaret Nyoro, urged Kiambu women to seize the opportunity and access the funds to improve their living standards. She spoke at a Jubilee Women League meeting in Thika town.

Governor Nyoro dismissed the proposed kitties being promised to Kiambu people by his competitors. He cited the Kiambu Hustler Fund being proposed by Gatundu South MP Moses Kuria and which is set to be launched at Deputy President William Ruto’s Karen home on June 29.

“These are just imaginary funds which we are not even sure will be actualised. They are just political enticements to sway the people," the county chief said.

"I call upon our people to discern rumours. The reality is we already have a fund that is helping Kiambu people expand their ventures and better their lives.”

The Jiinue Fund is expected to promote the establishment of new micro, medium and small enterprises and industries by youth, women, persons with disabilities and vulnerable persons.