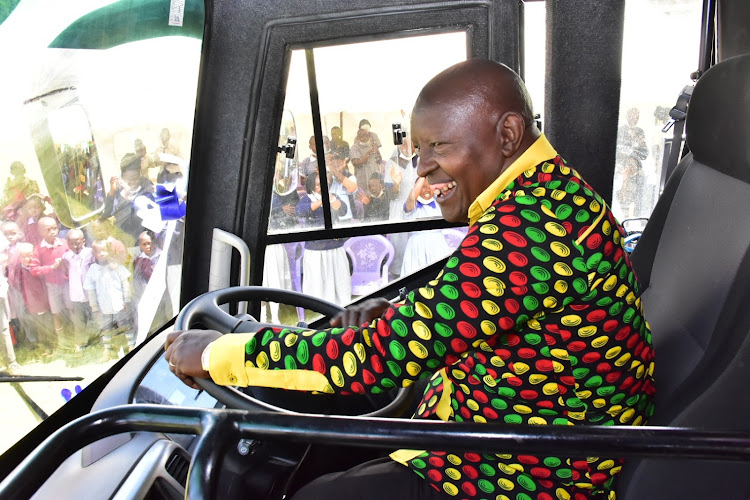 The Nyeri county government has revised its own source revenue target from Sh1 billion down to Sh700 million.

Finance CEC Robert Thuo told the media on Friday this was after the government created Nyeri Health Services Fund.

This means the Department of Health will not be compelled to remit its collection to the county revenue fund.

“The law allows the Department of Health through the laid down regulations to spend at source,” he said.

Last year, the county government established the Health Services Fund to address the challenges of delays in acquisition of essential medical consumables.

Under the law, hospitals retain 80 per cent of the money they collect while 20 per cent is set aside and allocated to primary health services.

The law was intended to improve health services in hospitals by allowing the institutions to do their own procurement.

Thuo expressed hope that the Health Service Fund will grow, saying the trajectory has been good.

The initial collection was about Sh56 million. It rose to Sh 176 million and the government is optimistic they will hit Sh300 million.

This will enable hospitals to operate without shortage of drugs, commodities and non-pharmaceuticals as they will be accessing their own money addressing their urgent needs.

Nyeri anticipated a budget of about Sh7.6 billion for the 2022-23 financial year, with 31 per cent allocated to development, 51 per cent to personal emoluments and 18 per cent to operations and maintenance.

Key priorities in terms of funding are health, agriculture and roads.

The total recurrent budget is Sh5.3 billion while that of development is Sh2.3 million.

“Health, of course, takes the biggest share because we are just recovering from Covid-19 effects. We are not very sure and so we are also preparing for other cases should they come. So our hospitals are on alert,” Thuo said.

The budget will be financed from the national government’s equitable share, donors and own revenue.

Thuo said as the people are recovering from Covid-19 effects, the county government will not be increasing any rates or taxation so residents are able to stabilise and recover economically.

Thuo read his fifth and last budget in the first term of Governor Mutahi Kahiga’s government before the country goes to the next election in August.

“It is hard to predict and to say that we shall not have some pending bills  this year as we close because we still have up to 30 June to have the money and have the documents processed, but I know they will be minimal,” he said.

The county collects about 860 million.