•They said that the man, who is also a leader of the Kikuyu Council of Elders in the village, is financially well-off and was willing to assist the girl, but little did they know he had ill intentions. 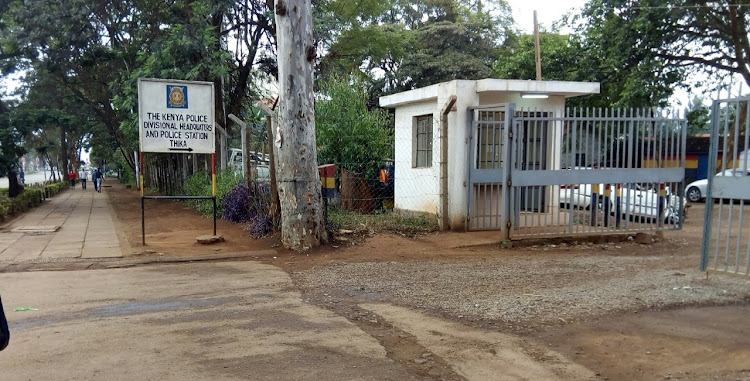 A family in Ikuma village, Gatundu South, is seeking justice after their mentally handicapped daughter was allegedly defiled and impregnated by a local church elder.

The 14-year-old girl, a Standard Seven pupil, is three months pregnant and has been forced to drop out of school.

According to family members, the man, who is well known to the girl and the family, offered to adopt the girl and facilitate her education since the family is poor and couldn’t cater for the girl’s education needs.

They said that the man, who is also a leader of the Kikuyu Council of Elders in the village, is financially well-off and was willing to assist the girl, but little did they know he had ill intentions.

With gratitude, the family okayed the man’s noble offer, hoping that their daughter would get a good education and get a good lifestyle.

“We trusted the man because he is a church leader and an elder in our village. But little did we know that he was out to prey on our daughter and destroy her life,” the girl’s mother told journalists.

The distraught mother said that her daughter confided in her that the man, who’s married, has been forcing her to take family planning pills and that she refused to take them three and a half months ago.

“She stopped taking the pills and ended up conceiving. It’s so painful. All I want is justice for my daughter,” she said amid sobs.

The minor told journalists that the man used to entice her with freebies like sweets, soda, biscuits and cakes to buy her silence.

“He warned me not to tell anyone or else he’d harm me,” the girl said.

According to a doctor’s report seen by the Star, "the girl had a history of rape which occasioned her pregnancy".

A police officer privy to the matter at Gatundu police station confided that the suspect was arrested and arraigned.

He said the court allowed the police to detain him further to allow completion of investigations into the matter.

The woman had been arrested on accusations of not wearing a face mask on April 12, 2021.
News
2 weeks ago
WATCH: The latest videos from the Star
by JOHN KAMAU Correspondent
Central
16 June 2022 - 10:58