• His claims were based on Kenya Kwanza agreement reportedly deposited with the registrar of political parties.

• More gains will be realised, he said, if residents elect a responsible and transparent government. 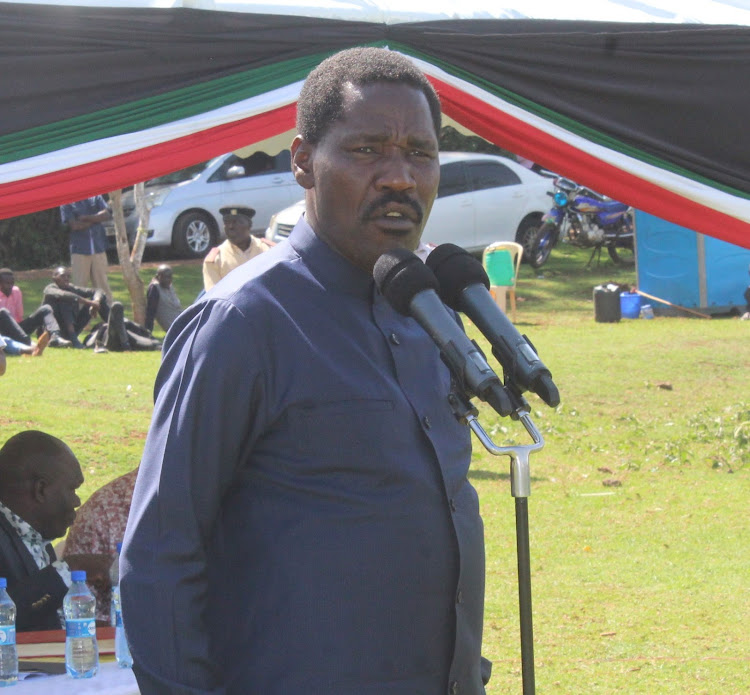 Munya on Friday told Nyeri residents that the DP's coalition has reserved key government positions for his Rift Valley backyard with the rest to be shared between Western and Ukambani allies.

"Mt Kenya has been left out in the sharing of government if DP Ruto’s Kenya Kwanza alliance wins," Munya said.

His claims were based on Kenya Kwanza agreement reportedly deposited with the registrar of political parties.

ANC and Ford Kenya's has been reportedly promised the chief cabinet secretary position and 30 per cent stake in government.

The chief cabinet position will be created through an executive order if Ruto ascends to power.

Munya said, Ruto has created the position of a chief cabinet minister despite having opposed the Building Bridges Initiative which proposed creation of the position.

Machakos Governor Alfred Mutua, who joined the outfit recently, was also promised a share of government.

The CS said the only way the region can get on the negotiating table and claim their fair share of government is by having their own strong political party.

He said the region's interests can only be well catered for in the Raila Odinga-led Azimio la Umoja One Kenya Coalition.

“Our share of government is in Azimio and that is why our President is working with Raila so that we can negotiate for our space,” he said.

He said Odinga has massive support in the country and needs only a small support from the region to become president.

The CS highlighted the achievements by Kenyatta’s government in the agricultural sector, among them the revival of the coffee, tea and milk sector.

More gains will be realised, he said, if residents elect a responsible and transparent government.

Munya said Kenyatta has delivered his pledges to Kenyans and told off people who have been going round claiming that the President has underperformed.

“Is there a pledge that he made that he has not fulfilled?” he asked.

“There is an agenda of trying to divide us because they know our area is vote rich and so they seek to divide us ,” he said. 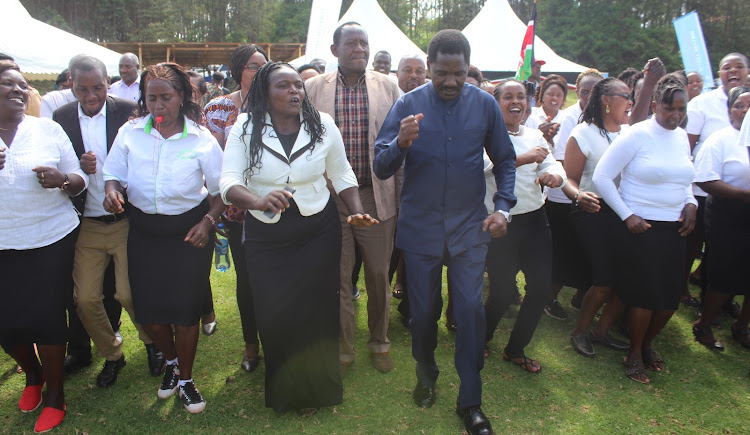 Munya had accused the DP of failing farmers while serving as the Agriculture CS.
News
1 month ago

Raila to unveil his running mate on Monday

He told Kenyans to hold their horses as the coalition was not intending to name Raila's deputy today.
News
1 month ago
“WATCH: The latest videos from the Star”
by EUTYCAS MUCHIRI Correspondent, Nyeri
Central
15 May 2022 - 22:00