• The land was acquired by the government to pave way for the expansion of Mama Ngina University.

• The university was constructed in 2019 on 10.3 acres and the management has been seeking 40 acres for expansion. 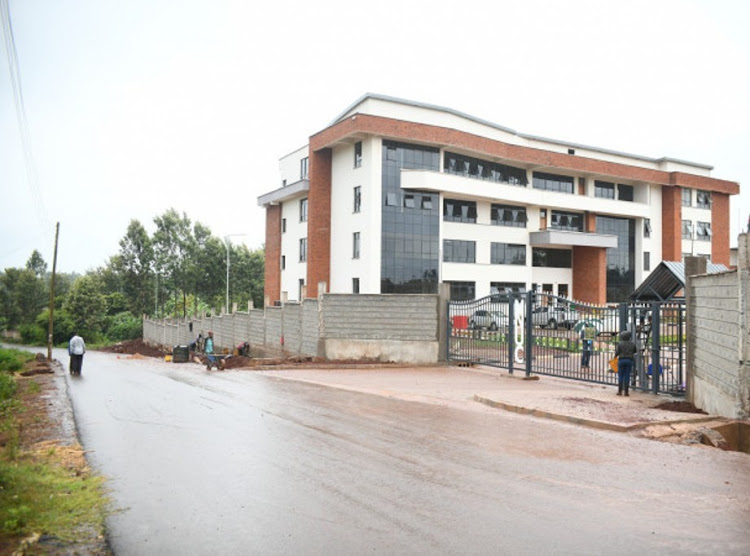 A dispute over the compensation of land to allow for the expansion of Mama Ngina University in Mutomo village, Gatundu, in Kiambu has been resolved.

In the deal brokered by the National Land Commission, each of the 191 property owners will receive a minimum of Sh10 million for their quarter-acre plots. The highest amount to be paid per plot is Sh35 million.

The land was acquired by the government to pave way for the expansion of Mama Ngina University.

The university was constructed in 2019 on 10.3 acres and the management has been seeking 40 acres for expansion.

NLC valuer and project team leader Doricah Buyaki said the compensation cash will vary depending on developments in the property.

Speaking to journalists during the signing of the award agreement by the landowners at the university premises, Buyaki said residents have between two weeks and one month to vacate the land once they receive their compensation.

"We are glad that all parties involved have reached consensus and it’s a win-win situation. The finalisation of the stand-off has come after extensive negotiations between NLC, the landowners and the university," Buyaki said.

However, seven of the landowners have disputed the deal and filed a case in court claiming there was no public participation and are not part of the settlement pact.

Residents objecting to the expansion plans, led by Margaret Njeri, said they will not leave their ancestral land for any reason.

They said they cannot bear the pain of exhuming the bodies of their loved ones.

“This is where we were born and raised. We have buried our parents in these pieces of land. Those buried here are more than 100 and telling us to exhume their remains is like opening old wounds," Njeri said.

"They are telling us they will eject us from our plots and take us to Lamu or Rift Valley to die there. This will only happen over our dead bodies.”

She said the NLC has not conducted public participation meetings with residents and no consensus has been reached between residents and the government.

“They have just been taking us in circles whenever we raise this concern with them. We are now living in fear of forcible eviction and this is taking a toll on many of us, especially the elderly,” Njeri said.

The chairman of the landowners, Harun Gacheru, said the compensation is a big milestone and a relief to residents.

“The affected persons have received financial literacy training from National Bank of Kenya officials to help them make informed financial decisions once they receive their compensation cash,” Gacheru said.

He explained the land in question is not ancestral but part of a settlement scheme in which most of the owners of the plots have bigger chunks of land elsewhere.

Peter Ndichu, a beneficiary, said he will build commercial buildings and buy another piece of land. He advised those who will be compensated to spend their cash wisely.

Resident Peninnah Wangari pleaded with NLC to give them more time to vacate the land, saying the 15 days given is too short and would affect their children who are still in school.

“We wish they’d give us like three months so that we can properly plan on where to settle,” she said.

Land owners chairman says politicians have been inciting residents through propaganda
Counties
1 month ago
“WATCH: The latest videos from the Star”
by JOHN KAMAU Correspondent
Central
11 May 2022 - 22:00