They say he was being rehabilitated from an alcohol drinking problem.

• They say he had shown remarkable improvement after rehabilitation and had resumed work.

• He had been assigned "light duties" at the regional offices after returning to work. 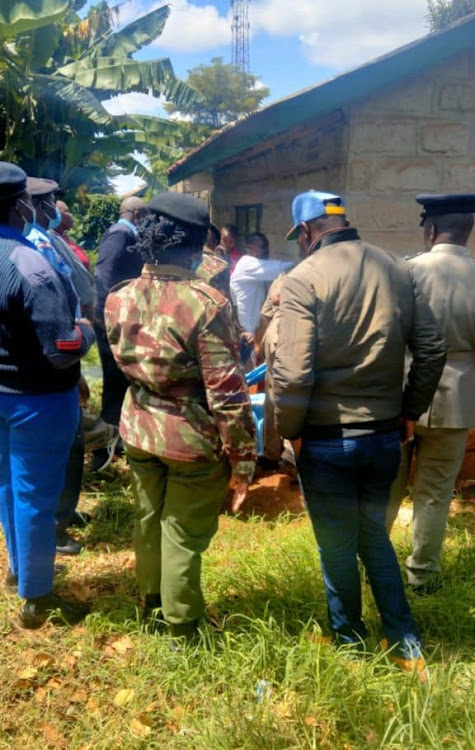 Police officers at the scene where a cop is said to have died by suicide after shooting himself in the head in Nyeri on Wednesday
Image: Facebook 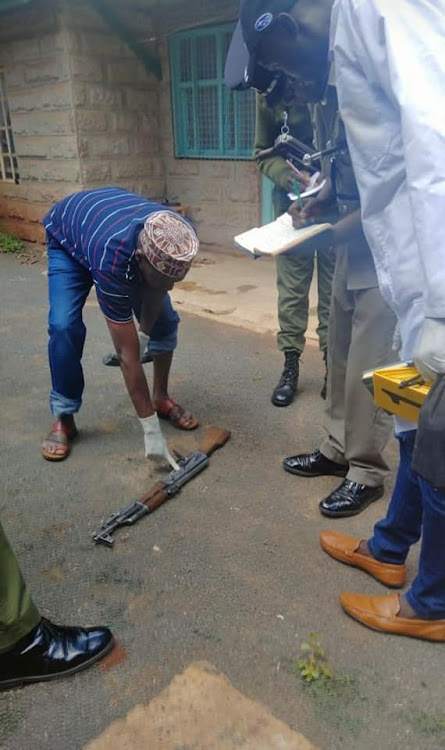 Police officers at the scene where the police officer is said to have died by suicide in Nyeri on Wednesday
Image: Facebook

An AP officer who allegedly took his own life by shooting himself in the head in Nyeri town on Wednesday was recently discharged from a rehabilitation centre.

Police said he was being rehabilitated from an alcohol drinking problem.

They say he had shown remarkable improvement after rehabilitation and had resumed work. He had been assigned "light duties" at the regional offices after returning to work.

A staffing officer attached to the regional AP commander's office, who did not want to be mentioned, said after the officer returned from rehab he had not shown any signs of mental disturbance.

“Very little is still known concerning the circumstances that led the officer to take his own life but investigations have commenced,” the officer said.

Nyeri subcounty police commander Paul Kuria said the officer left for his house Tuesday after work as usual and did report to work on Wednesday.

He said they have launched investigations into the circumstances surrounding the officer's death.

The 37-year-old officer was found dead in his house on Wednesday.

His colleagues became concerned after he failed to report to work.

They went to his house and after knocking on the door, there was no response.

They forced their way into his house and found the officer dead.

He had a hole in his head where the bullet went through.

“The officer had left for home on Tuesday evening as usual, but failed to report for work this morning [Wednesday morning],” Kuria said.

“This prompted officers to go to his place of residence to inquire about his welfare. That is when it was discovered he was already dead.”

The officer's identity has not been released until his family is informed.

The cop was living alone in a rented house in Nyeri town.

The body was moved to the Nyeri County Referral Hospital mortuary.

Globally, close to 800,000 people die of suicide every year. An estimated 78 per cent occur in low- and middle-income countries.

Kenya ranks position 114 among the 175 countries with the highest suicide rates.

Health Cabinet Secretary Mutahi Kagwe has said the country is developing a National Suicide Prevention Strategy and Programme (2021-2026), in line with the WHO guidelines.

A task force on mental health established Kenya has a high burden of mental illness due to ill health, psychosocial disability and premature mortality with huge gaps in access to care.

The team said most Kenyans associate mental illness with negative narratives leading to a low focus on the importance and benefits of mental health and well-being.

The team also recommended that mental illness be declared a national emergency of epidemic proportions, to prioritise mental health as a priority public health and socioeconomic agenda.

It urged better financing in line with international best practices.

They link this to social stress and financial challenges related to the Covid-19 pandemic
News
9 months ago
“WATCH: The latest videos from the Star”
by EUTYCAS MUCHIRI Correspondent, Nyeri
Central
28 April 2022 - 22:00