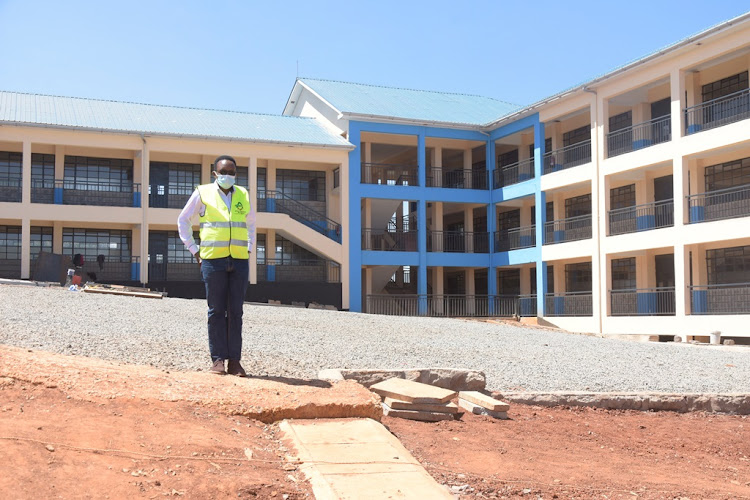 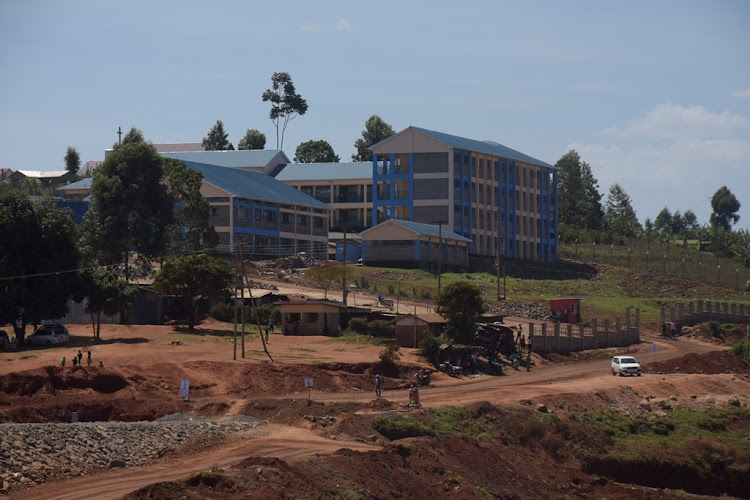 Parents and learners in Buchana village, Gatundu North, are all smiles following completion of a modern public primary school in the area.

The new Buchana Primary School was constructed by Athi Water Works Development Agency as part of the project’s corporate social responsibility to community.

Water Cabinet Secretary Sicily Kariuki who visited the school over the weekend on an inspection tour of the project said the institution, which sits on a 6.6 acre land will accommodate 1,000 students.

“The school will provide learners in this community with a serene and friendly environment to study. This is just one of the projects that have been undertaken through the dam project to appreciate the community,” Kariuki said.

She said her ministry is in talks with the Ministry of Education for the handover of the new school which is set to open doors for learners next month.

Kariuki who was accompanied by AWWDA chief executive officer Michael Thuita and other ministry officials said other project benefits to the host communities include construction of 280km of water pipelines in Gatundu.

There is also drilling and equipping of 15 boreholes in Gatundu, construction of  Wangui – Gichogochogo – community water project to supply an additional one million litres per day.

Others are rehabilitation of raw water mains to restore supply of 1.2 million litres of water per day, construction of administration office and accommodation for the Critical Infrastructure Police Unit.

“All these projects are complete and ready for use by the community. They will go a long way in solving some of the critical issues that the community has been facing for a long time,” the CS said.

Residents who spoke to journalists welcomed the new projects saying it was a shot in the arm and will address most of the challenges they have been facing.

“Our children have been learning under a wanting environment. The classrooms as well as lavatories have been in a deplorable condition, no wonder the performance has been pitiable," Edith Nyambura, a resident, said.

"We are however happy that they will now be schooling in a modern academy-like school. We anticipate better performance from them.”

Another resident, Michael Kamweru, said the boreholes that have been drilled and fully equipped will address water shortage that has plagued Buchana, Kiriko, Gathanji and Kariua villages for long.

“We are also upbeat that security will be enhanced following completion of the police unit infrastructure that we have been lacking in our villages,”  Kamweru said.

Meanwhile, Kariuki maintained that  the multi-billion shilling dam project will be complete by the end of March this year, adding  that the project is already 80 per cent done.