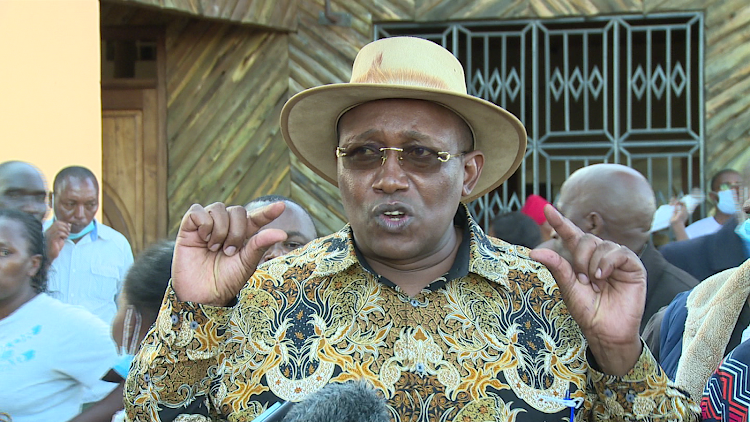 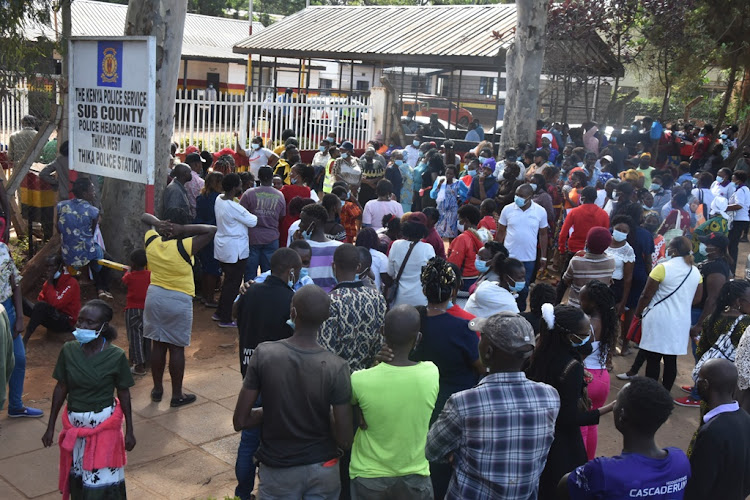 Kenya Women Parliamentary Association MPs led by chairperson Gathoni Muchomba joined Thika women in calling for the arrest and prosecution of the bishop over derogatory remarks.

He made the remarks at an event in Thika town last weekend directed to his archrival Alice Ng’ang’a and nominated MCA Emma Wanjiku.

The bishop, who has declared interest in the Thika seat in the August polls, during an event on Friday claimed that the latter was an outsider who is after ‘stealing’ the seat from Thika natives.

Gakuyo also uttered unprintable words directed at the nominated ward rep while criticising her for dressing inappropriately in public.

Earlier, MCA Wanjiku had criticised the bishop by advising Governor James Nyoro to disassociate himself from individuals of questionable characters.

The words seemed to be directed at Gakuyo who has been at loggerheads with members of his Ekeza Sacco that has since been given the green-light by the government to resume operations.

However the cleric’s words have angered a section of women in the region as well as women legislators who took to the street demanding his arrest and prosecution.

Other MPs who joined the protests include Faith Gitau (Nyandarua), Rahab Mukami (Nyeri), former MPs Esther Gathogo (Ruiru), Alice Ng’ang’a (Thika) and a host of MPs vying for different seats in the region.

They accused Gakuyo of demeaning women in the region and attacking his main competitor (Ng’ang’a) in the Thika parliamentary race.

“We are giving the bishop five days to make a thoughtful, remorseful and public apology. We are not going to allow male politicians to look down on us,” Wamuchomba said.

The Kewopa leader said that they will be petitioning relevant authorities, including the Ministry of  Interior, Inspector General of Police and the Directorate of Criminal Investigation (DCI).

Mukami called on the bishop to desist from confrontational politics and instead sell his agendas to Thika people, urging him to respect women.

“The bishop should remember that he has a mother, sister, daughter and women congregants in his church whenever he insults women. He must apologise,” she said.

Gathogo called  on the authorities, as well as  the Independent Electoral and Boundaries Commission to ensure that women are given a level playing field with their male counterparts ahead of August 9 general election.

The protesters later marched to the Thika DCI offices and formally lodged their complaint against Gakuyo.

Gakuyo, who was in Thika town launching an empowerment programme for the youth, denied any wrong doing, claiming that his remarks were directed to the nominated MCA who was ‘scantly’ dressed.

He claimed that his utterances were twisted by his archrivals for political gains.

“I am a bishop of the good Gospel, so I was acting in that capacity to call out the indecent dressing  of the honourable MCA,” Gakuyo said.