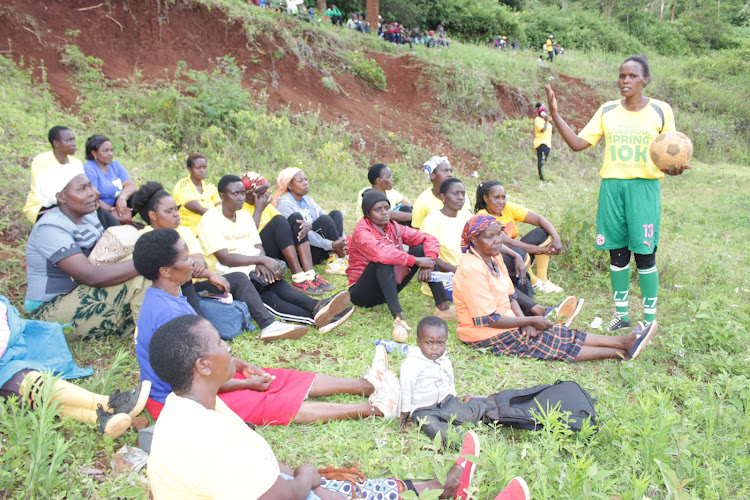 Women from Wanjengi village in Murang’a county have taken up sports to keep fit and avoid certain diseases.

Women from the late 20s to mid-60s have been playing football since last year to stay healthy.

In September, Health CS Mutahi Kagwe raised concerns over the rising cases of non-communicable diseases in the county. He singled out diabetes that doubled from 14,000 cases in 2017 to 28,000 cases in 2019.

Teresiah Kabura, the captain of Wanjengi Women Stars, said she conceived the idea of forming a football club when the country was in lockdown last year.

Kabura spoke to the Star during a tournament at Koimbi grounds, Murang'a on Sunday.

The 36-year-old mother of four said her body had started experiencing complications related to motherhood and she thought exercise would help strengthen her. 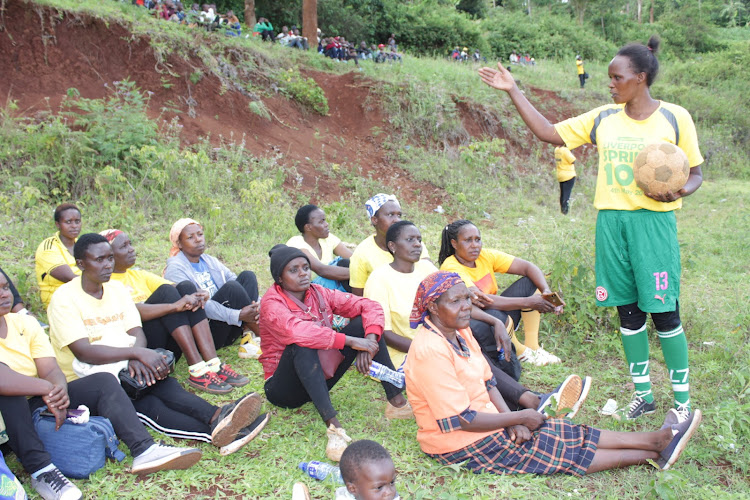 One day in a women group’s meeting in the village, Kabura proposed the idea, which was immediately embraced especially by older women.

“I had observed that most older women were constantly visiting hospitals and living low quality lives.

"However, when doctors recommended more exercise, most engaged in normal farm chores which are sometimes not enough,” she said.

With schools closed, the women started meeting for practice every Wednesday and Saturday.

When schools reopened, they were forced to meet only during weekends as they use school compounds.

The women expanded their exercise routine to include running and skipping rope as younger women also expressed interest to join in.

The club currently has members between the ages of 28 and 65 and is free for anyone to join.

“We just want those joining us to come with a clear mind on what they plan to gain from the sport,” she said.

When the club started, most women struggled to play because their bodies were in bad form but now most are able to play for 45 minutes nonstop. 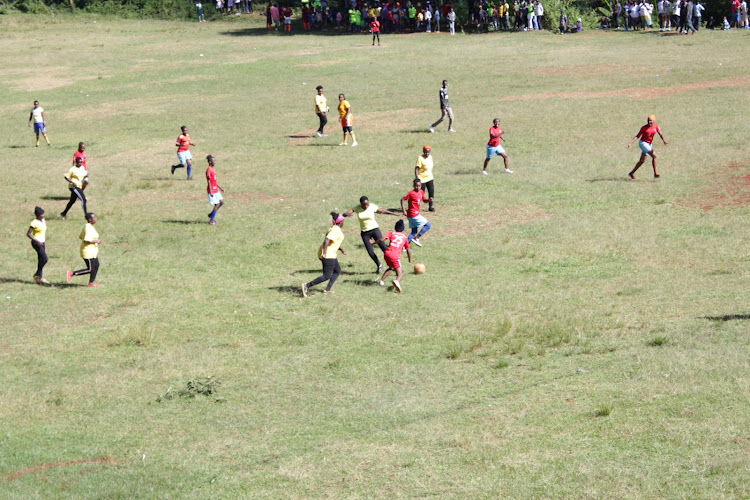 IN SHAPE: Wanjengi Women Stars in a match with Gathinja women's team at Koimbi grounds in Murang'a on Sunday.
Image: ALICE WAITHERA

The captain said the exercise has helped women who were previously unable to leave their homes socialise and integrate.

Women who were constantly on medication are also living healthy lives, she said.

Kabura said most men have supported their wives and have been turning up to spectate during their matches. Eventually, they formed a men’s group that mostly plays volleyball.

“When I have a match, my husband provides fare and helps take care of our children,” she said.

Kabura, currently six months pregnant, still plays during matches and participated in a tournament held at Koimbi grounds on Sunday.

Alice Wangari, another player, said it fills her with joy to play football with fellow women.

“When we meet for practice, it helps us to unwind and relieve the normal stresses of life and parenthood. We go back to our homes fresh,” she said.

Wangari said their husbands celebrate their new found hobby as it has made them physically fit.

For 62-year-old Consolata Njoki, not being on the main team did not hinder her from attending the tournament. Njoki stood at the periphery of the pitch and cheered on her team.

“Before I joined this team, I would experience aches on my legs which have stopped,” she said. Njoki started playing three months ago.

Patrick Gichini, the organiser of the Wangu tournament that will run for one month, said out of the 16 teams that will be involved, five will be for women.

“This tournament is aimed at empowering women and keeping youths from drugs abuse while giving them a platform to exploit their talent,” he said.

Wangu, he said, has some villages that have been experiencing challenges with drugs, contributing to increased crime.

At the end of the tournament, all teams will receive new uniforms and sports materials while winners will get cash prizes

Taekweondo, volley ball and pool competitions will also be a part of the tournament.

Gichini urged the county assembly to pass motions that empower youths through sports so that those with talent can be exposed to the national arena.

“We want sports to be part of people’s lives so that they can avoid diseases such as diabetes and hypertension,” Gichini said.