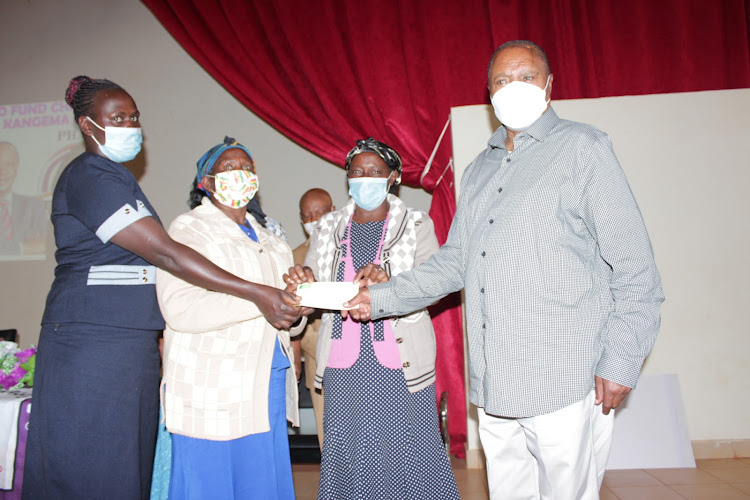 Some 172 groups have benefited from Uwezo Funds in Kangema constituency since the kitty's inception in 2013.

They have received Sh20 million and have been able to start business activities that have improved their livelihoods.

Kangema deputy county commissioner Esther Mwamule said 50 of the groups have done extremely well and were benefiting from their business ventures.

“Majority of the groups have been able to pay back their dues and we visit them as often as possible to check on their progress,” Mwamule said.

She said the law prohibits a constituency from receiving more funds if more than 50 per cent of beneficiaries default on repayment.

The Uwezo Fund provides access to interest-free loans to youth, women and persons living with disabilities.

On Wednesday, 34 more groups received a total of Sh4 million in Kangema.

Mwamule said the repayment rate dipped during the Covid-19 crisis as the economy was devastated by the lockdowns and slowed business activities.

Many groups have invested in poultry farming, meaning they incurred losses following the shutting down of hotels during the lockdown.

But the situation has since changed and the future looks promising as people get vaccinated.

“We are insisting that all people get vaccinated so that we can help stabilise our economy and defeat the virus,” the administrator said.

Mwamule warned defaulters and asked them to pay up their loans. She said the government will do everything possible to recover its cash.

“We will find those who fail to return the money and have them prosecuted,” she said.

MP Muturi Kigano said the constituency has one of the highest Uwezo Fund disbursements in the region. He said the fund has the potential to improve beneficiaries' living standards if well utilised.

He appealed to more residents to form groups of not less than 10 people and come up with viable ideas in order to get the funds.

“They can start with something like a barbershop and progress from there,” the MP said.

High turnout during KDF recruitment 'a vote of confidence'

Were said over 200 people turned up in Kangema and gave an assurance that only the best were picked.
Counties
1 week ago
by ALICE WAITHERA Correspondent, Murang'a
Central
25 November 2021 - 22:00