Women no longer able to save money, spend it on children and family

• Some men take over their wives' business and steal their income from selling fruits and vegetables, raising chickens, tending kitchen gardens, among others.

• Covid-19 also affected women's shelter greatly. Some have been thrown out of their marital homes by in laws following husbands' deaths from Covid-19, other illnesses. 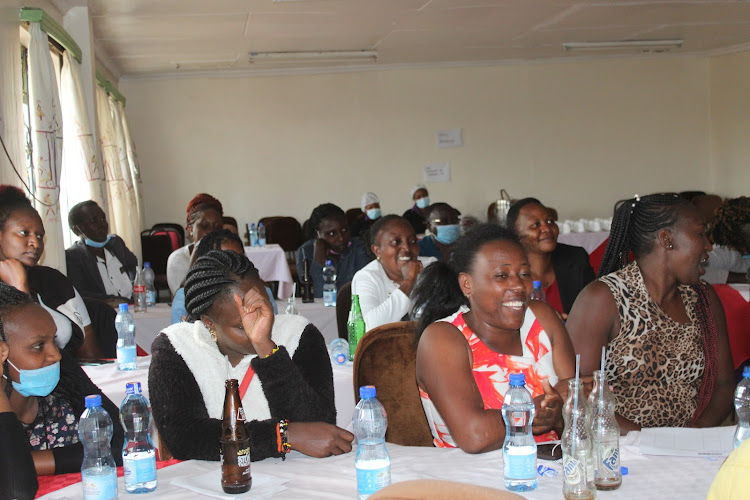 WOMEN'S WOES: Women at a meeting for Nyeri and Kirinyaga county women organised by InformAction at Ibis Hotel in Nyeri town on Wednesday.
Image: EUTYCAS MUCHIRI

Some men who lost jobs because of Covid-19 have hijacked their wives' businesses, leading to domestic conflict.

Many people lost their jobs and went back home because of lockdowns, business collapseS and measures to prevent the spread of Covid-19 that hit Kenya in March 2020.

The discrimination against women was discussed at a meeting for Nyeri and Kirinyaga counties' women organised by InformAction. the group is a human rights lobby.

A number of women said they were no longer even semi-independent, depending on their husbands.

They could not save money or help their children after their jobless husbands took over their businesses. A number of men said women's property belonged to them.

Of course, men didn't take over women's cleaning and laundry jobs, as that would be unmanly and demeaning.

In other cases widows were disinherited and thrown out of their matrimonial homes by in laws after their husbands died of Covid-19 or other illnesses.

“This has affected children, so that some dropped out of school to engage in child labour to help their mothers support their siblings," Wandimi said.

Loss of their mothers' work made many children turn to hawking, working in car washes and farms to supplement what little their mothers earned.

Unlike in Nyeri, Kirinyaga woman had been able to establish women's groups so they can share their experiences and support each other.

The women said the way to end their problems was to elect many more women to leadership positions to enact policies to protect and empower women.

“In the two counties, only one woman has been elected as governor, two are woman representatives while all other elected leaders are men,” Wandimi said.

The forum brought women together to share experiences, both challenges and success stories, and to mobilise for change. It was a follow-up on earlier meetings on Covid past, present and future. 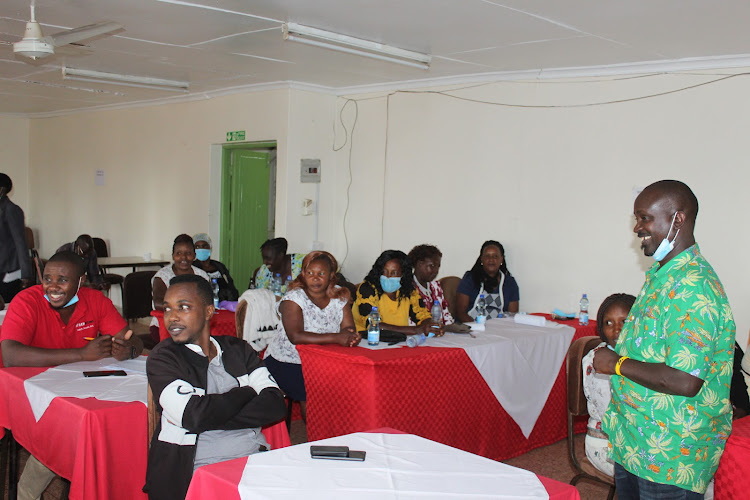