Lecture halls, administration blocks built but there are no labs. 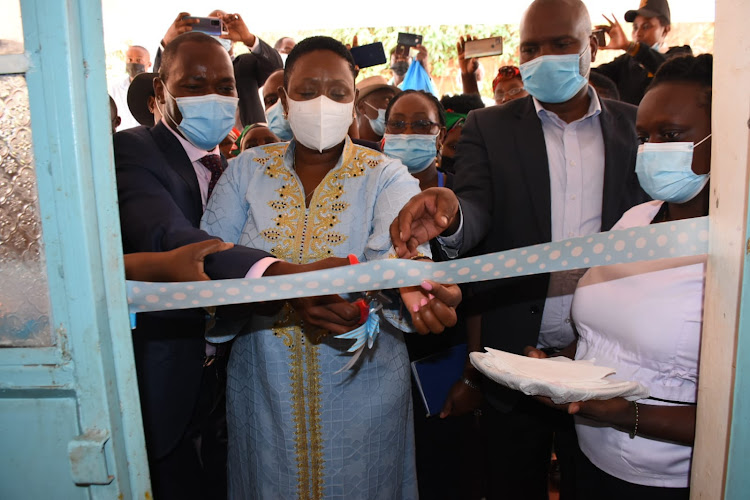 Murang'a Woman Rep Sabina Chege has pledged to get the government to allocate Sh50 million towards the completion KMTC-Kangema.

The National Assembly Health committee chairperson said she will push to have the money factored in the supplementary budget.

“By March next year we want to see the institution admit its first group of learners,” Chege said.

Construction of the Kenya Medical Training College branch is about 70 per cent complete.

It is sponsored by Kangema NG-CDF.

Laboratories need to be put up before the institution starts enrolling students next March.

The college targets to enrol 2,000 students to pursue medical-related courses.

Health and sanitation executive Joseph Mbai said the county will get involved to ensure the college is completed before its open date.

He said the county will build a road leading to the college and the campus's pavements.

“The county government plans to upgrade Kangema Hospital to Level 4 facility by early next year. The hospital will offer a training ground for those who will be admitted into the new KMTC branch," Mbai said.

“Already we have opened a 50-bed capacity maternity ward and a theatre unit. The facility will also be operating 24 hours. We will bring equipment to relieve people from the challenge of seeking specialised treatment at Murang’a Level-5 Hospital.”

Kangema MP Muturi Kigano said the local NG-CDF has set aside Sh10 million to buy a bus for the college.

“Kangema NG-CDF has facilitated construction of the college and I'm delighted various stakeholders have come up to ensure its completion as opening is slated for March next year,” he said.

KMTC officials on the spot over Sh7m students fee cash

Fees was collected but not banked, cashbooks revealing another case of Sh8 million
News
3 weeks ago

Classes, laboratory and the administration block have been completed
Counties
2 months ago
by BY KNA
Central
21 November 2021 - 22:00