Term it illogical to make learning mandatory but fail to make it inexpensive for low-income families. 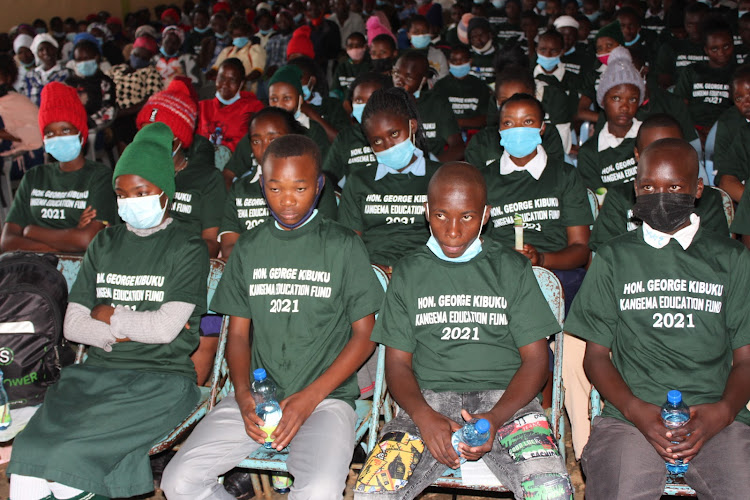 Some of the beneficiaries of George Kibuku Education Fund during the issuance of bursaries.
Image: Alice Waithera 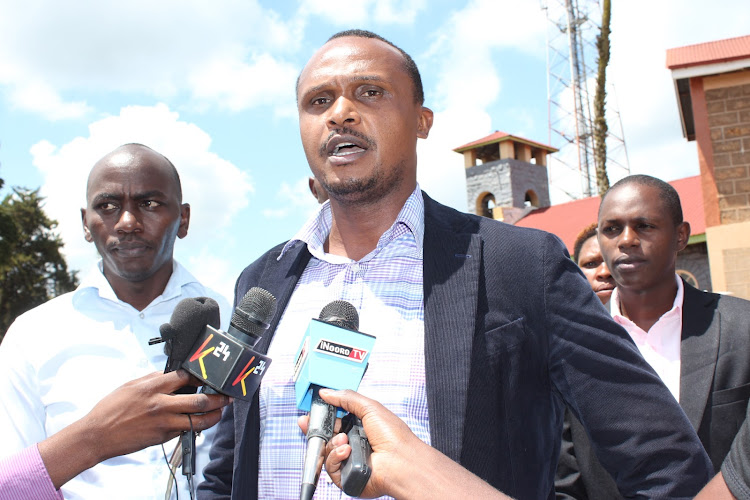 A section of parents from Kangema subcounty in Murang’a county have asked the government to consider reducing school fees to make education affordable.

The parents have said they struggle to keep their children in school because they are unable to clear their school fees in time.

Ann Wambui, a single mother, said she has three children in secondary school who solely depend on her.

One of them received an admission letter from Ruchu Girls, but she had to enrol her at Kahuhia Secondary School because she could not raise the fees needed.

Wambui said she was able to enrol her son at Nyeri High School and that it is through struggles that she has been able to sustain him in school.

She pays Sh6,000 per term to a day school which she said is too expensive.

“I have been looking for bursaries everywhere, but they are neither available nor sufficient,” she said.

Wambui termed it heartbreaking for parents to be charged for the damage caused by their children in schools, yet many have yet to clear fees.

She said caning should be reintroduced so that discipline can be instilled in children to stop them from engaging in harmful activities.

“These children are very calm and well behaved when they are with us but when they get together in school, no one knows what changes,” she said, adding that students in yesteryears were well behaved because they knew the consequences of bad behaviour.

George Mburu, another parent, said as a basic right, education should not be as expensive, saying the government should find a way of lowering costs.

He said it is illogical to make education mandatory but fail to make it affordable for low-income families.

The parents were speaking at Kangema ACK hall on Monday while receiving bursaries from George Kibuku, a well-wisher.

Kibuku started an education programme in 2006 that has seen scores of students successfully complete their education and get job opportunities.

About 200 students drawn from day secondary schools from the subcounty received a one-off bursary payment. Most were on the verge of dropping out because of a lack of fees.

Each of the students received half their termly fees amounting to Sh6,000. The bursaries are from his own contributions.

He asked more well-wishers to come out and support the programme through the George Kibuku Education Fund.

The programme will benefit more students each term to lessen parents’ burden. The money is sent directly to the school bank account.

"We are doing this because we have seen many cases of students dropping out of school because of arrears,” he said.

Kibuku said funds allocated for bursaries through CDF should be increased to benefit more students.

He also underscored the need for the government to make education free, saying even in its subsidised state, it is still expensive for many students.

Kibuku appealed to parents to mentor their children to avert cases of vandalism and destruction in school, saying those incriminated may end up becoming hardened criminals if jailed.

Ian Njuguna, a beneficiary, said his parents have been struggling to pay his fees as they are labourers.

The student at Gatundu-ini Secondary School said financial constraints have made it difficult for him to focus on his studies because of frequent interruptions.

“I am elated that my fees for this term have been cleared and I can now focus on my studies,” he said.

In the recent past, students have destroyed property in nine schools in the county.
Counties
2 months ago
by ALICE WAITHERA Correspondent, Murang'a
Central
16 November 2021 - 22:00