FORMER MP GOES TO THE RESCUE

Brian Maina, 16, was left in the care of his ailing grandmother and dropped out of school at Standard 5 to fend for himself.

• His grandmother, who is of unsound mind, could not take proper care of him and he had to rely on villagers and well-wishers for help. 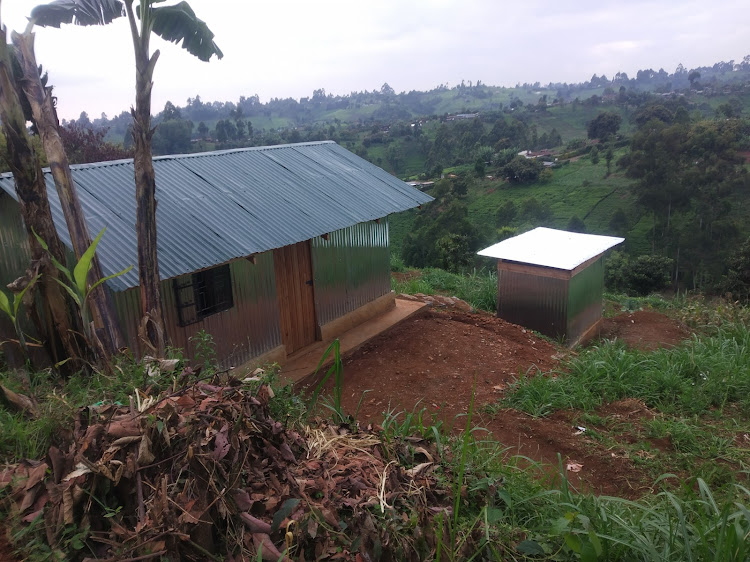 The new house built for Brian Maina at their home in Kiritu village, Kigumo, on Saturday.
Image: John Kamau 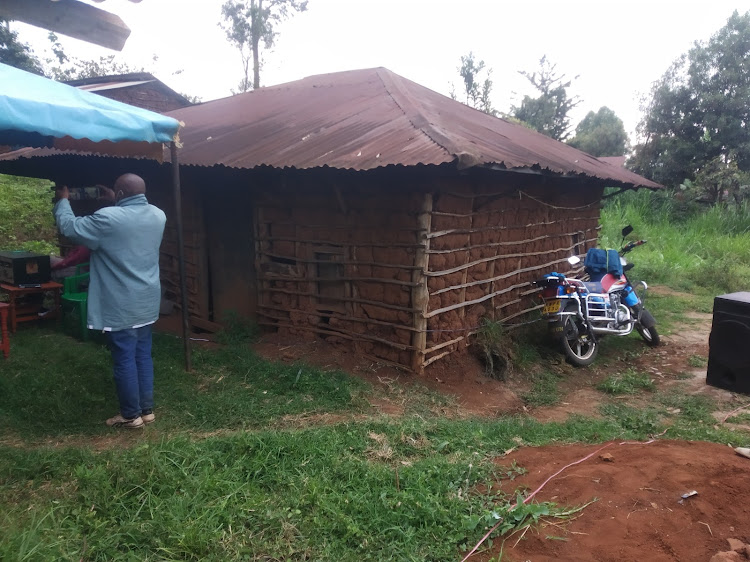 The house in which Brian Maina lived with his grandmother in Kiritu village, Kigumo.
Image: John Kamau 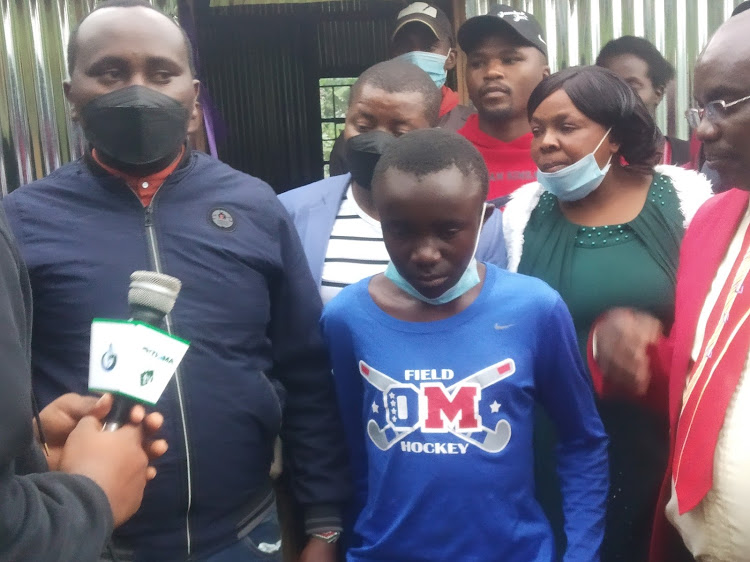 Brian Maina with some of the well-wishers at their home in Kiritu village, Kigumo, on Saturday.
Image: John Kamau 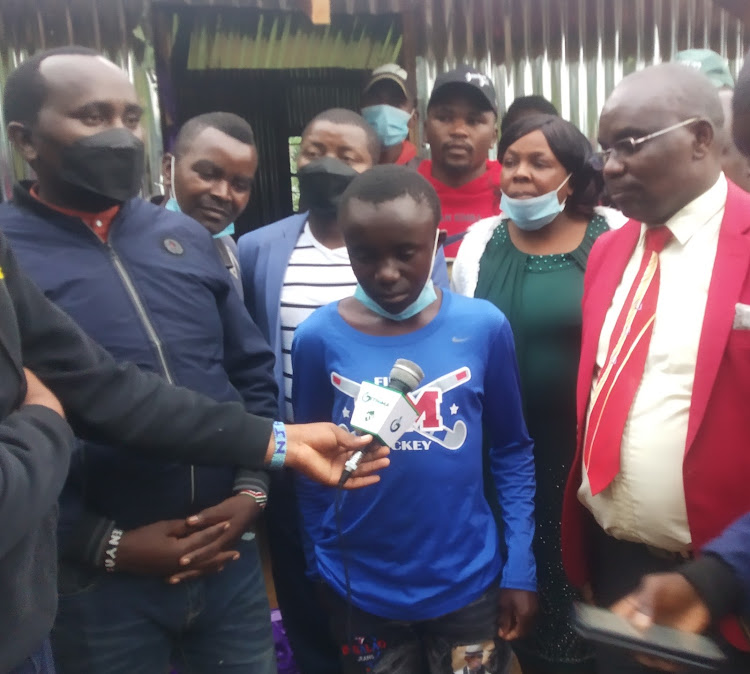 Brian Maina, 16, with the well-wishers at his grandmother's home in Kiritu, Kigumo on Saturday.
Image: John Kamau

The past 13 years have been nothing but painful memories for Brian Maina after being abandoned by his parents at a tender age.

His mother disappeared from their home when he was only three and his father immediately took him to his ailing grandmother in the Kiritu area of Kigumo, Murang’a.

Maina, 16, had to toil to get something to eat. His grandmother, who is of unsound mind, could not take proper care of him and he had to rely on villagers and well-wishers for help.

The situation was so dire that he dropped out of school at Standard 5 to fend for himself and support his grandmother. He would traverse Kiritu and Ikumbi villages of Kigumo begging for food and somewhere to sleep.

When he was 12, he started doing casual work. He would pick tea and earn Sh50 a day. He spent it on food. He would pick only five kilogrammes of tea leaves, which attracted Sh10 a kilo.

“Even getting the job was a tall order since most farmers wouldn’t let me work in their farms because I was just a child. I had to plead with them to let me work for them so that I could buy some food for me and my grandmother,” Maina said at their home on Saturday.

He said he even skipped the rite of passage. His agemates underwent the initiation, but he had no money to pay the required fee. He neither had a decent house in which to recuperate.

Thanks to well-wishers, all the suffering will now end after his plight came to the attention of former Kigumo MP Jamleck Kamau, who is the chairman of Tana and Athi Rivers Development.

Some people found him roaming in the villages and sought to know why he was not in school. Residents narrated to them the painful life he was undergoing.

“We visited the boy’s grandmother’s home in the village and found that they were living in a ramshackle house. The life that the boy has endured would have been unbearable to many. We informed Mr Kamau and he undertook the initiative to assist him,” said Bravo Gachwe, one of the well-wishers.

The former MP has already built the boy a two-room house and furnished it. He has also built a lavatory. They were handed over to him on Saturday.

Gachwe also said Kamau, who is eyeing the Murang'a governor seat, will enrol the boy at a vocational training centre so that he can have a sustainable source of livelihood.

“Maina is now a ‘man’ just like his agemates and because he is willing to join school, he will be enrolled in a vocational centre to train as a mechanic. We will support him until he gets a sustainable job,” Gachwe said.

Maina could not hide his tears of joy. He expressed gratitude to Kamau and the well-wishers for the noble gesture, saying the help will turn around his life.

“I am so grateful. I was on the verge of losing hope in life but the kind gesture by Mr Kamau has revitalised my hopes. I hope my mother will one day return and find me a successful man,” he said.

Villagers also hailed the former MP and his friends for supporting the boy.