They want Kanu chairman to open rehabilitated offices and traverse the region to popularise his presidential bid. 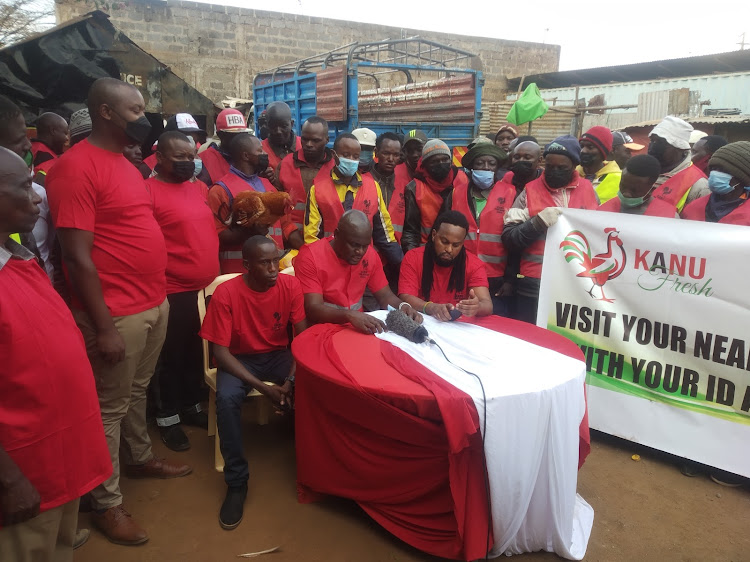 A section of youths from Mt Kenya has thrown its weight behind Kanu chairman Gideon Moi.

The group, calling itself Kanu Team Mt Kenya, on Saturday said in Thika that it was making arrangements for Moi's tour of the region. It is also planning major rallies in the region with an aim of rallying support for Gideon, who has been endorsed by the Independence party to run for president.

Led by chairman Joseph Kamau, they also want Kanu offices in the region opened by Gideon. They spoke after rehabilitating several Kanu offices that had been abandoned. Also planned is mass recruitment of party members.

They said that the party had failed to flourish in the vote-rich region because of being led by aged individuals "who failed and cannot sell any ideologies or convince the youth who form the largest percentage of the region’s population".

“Our grandfathers have been leading the party’s activities in this region and cannot keep up with the pace and competition staged by other political outfits. This is why we are stepping up as youths to solidify and expand Kanu’s support base in the Mt Kenya region,” Kamau said.

“This time round, we are not buying empty rhetoric and propaganda from politicians. We are going where our problems will be solved and where we will get quality and servant leadership. Kanu is and has always unified our country and, therefore, our journey to rally support from the mountain has just begun."

The group’s spokesperson Albert Maguru said mass recruitment of party members will start in a week’s time, noting that they prioritise youths.

“Before recruiting them as Kanu members, we will be giving them civic education to ensure that they make an informed decision. We not only want to strengthen our party status but also give Kenyans who share the same beliefs as ours a sense of belonging,” Maguru said.

They said 50 per cent of young people from Mt Kenya will back Gideon and expressed confidence that he will give other presidential aspirants a run for their money.

“We are also optimistic that after the next general election, we will have governors, senators, women representatives, MPs and ward reps from this region under the Kanu ticket. We will traverse this region and ensure we have aspirants in every county, constituency and ward,” Maguru said.

At the same time, they said they will be sensitising eligible voters to register to take part in electing leaders.

“We urge our people to register as voters in the ongoing exercise.  No one should be left behind, especially the youth, who have since left high school since the last voter registration exercise.

"In fact, the government should intensify sensitisation campaigns to ensure no one is left behind by virtue of lack of information, ignorance, or otherwise,” member Humphrey Njenga said.