• Mudavadi said he was surprised to see reports he had stormed out.

• He said he attended the consecration ceremony because he understands that the country cannot move forward without women. 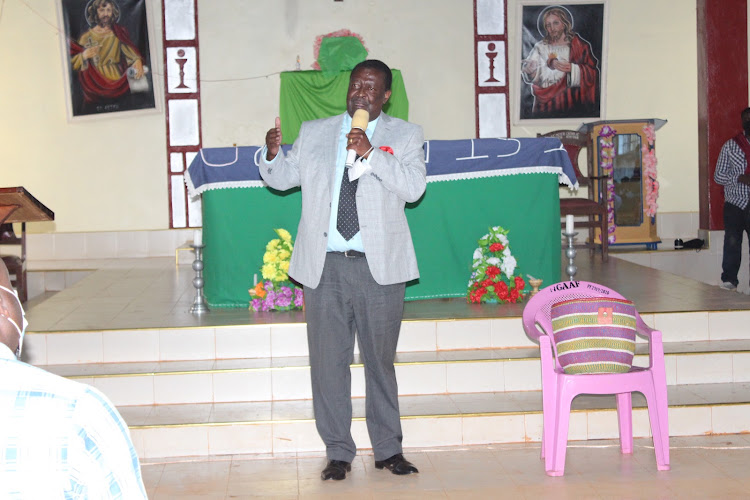 ANC party leader Musalia Mudavadi has denied claims he stormed out of a church function in Western after being denied a chance to address congregants.

Reports indicated that Mudavadi stormed out of Butere Girls Secondary School grounds after ACK Archbishop Jackson Ole Sapit announced politicians would not be allowed to give speeches.

However, Mudavadi said he excused himself to attend another church function where he was the chief guest in Murang’a county.

Mudavadi said he sent a message to the Archbishop informing him that he had to leave early because he needed to travel to Kinyona Catholic Church in Kigumo.

Politicians had attended the consecration ceremony of the first woman bishop in the Anglican church, Rose Okeno, in Kakamega.

Sapit is said to have given the order of the consecration programme, then said politicians would not be given a chance to address faithful.

Sapit only recognised the presence of the politicians.

Nyeri Archdiocese Archbishop Anthony Muheria said politicians are welcome to pray in churches like other Christians, but that they should net expect to make addresses.

Muheria said it is important that churches are respected as holy places and that those who use the pulpit to trade insults attract curses upon themselves.

“We welcome them because they need spiritual nourishment but they should not expect to be treated differently or compete with God’s word. This is a wake-up call to the entire nation, clergy, citizens and politicians to respect God and respect His place,” Muheria said in an interview with a local TV station.

Mudavadi said he was surprised to see reports in some sections of the media that he had stormed out of the consecration ceremony, saying they were false.

He said he attended the consecration ceremony because he understands that the country cannot move forward without women.

Raila has decided to focus his attention on the region as he prepares for 2022 polls.
News
1 month ago

He said surveys indicate that women are the backbone of the agriculture sector but that in education, women lag behind in university and tertiary education.

“Data indicates that more women are affected by joblessness. If you look at the income of single parents, a single mother’s income is lower than a single father’s,” he said.

Mudavadi reiterated that his party stands for peace and a strengthened economy and that his government would put women at the front in its transformation of the economy.

He said this after scores of women leaders who attended the function challenged presidential aspirants to incorporate women in their top leadership positions.

Murang’a Woman Representative Sabina Chege said the leader who gets a female deputy president stands to bag the millions of women votes.

Samburu West MP Naisula Lesuuda said there are plans to unite all women leaders, regardless of their political affiliation.

“We want to follow in Martha Karua’s footsteps. She was elected when so few women were vying for political positions,” she said.

The MP said 23 women have been elected into the National Assembly while three are in Senate and three governors, expressing confidence that more will be voted in next year.

Mudavadi further urged Kenyans to vote in leaders devoid of anger whom he said were bound to lead in anger.

He said his presidency will guard the economy, guard the Constitution and provide an environment that will enable Kenyans to settle and do business anywhere.

Ford Kenya leader Moses Wetang'ula said the country requires a leader who will solve the many challenges facing Kenyans such as a failing agriculture sector.

“When you see us all here, it is a statement of our intent to unite the country even more,” he said, adding that Kenyans need to understand though there are different ethnicities, the challenges facing Kenyans in one part of the country, affect the entire country.

He urged Kenyans to stop politics of mudslinging and not to vote in leaders who divide them along tribal lines.

“We must build a country on truth, peace and unity. A country that we will all be proud to live in,” he said. 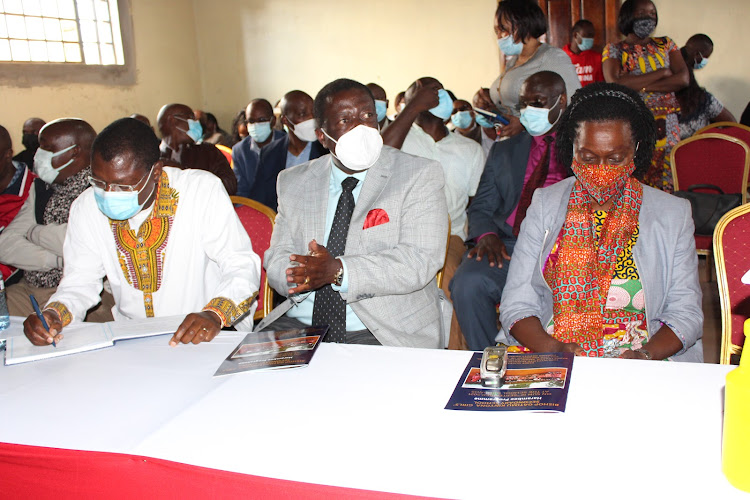