In an apparent attack on UDA, Kuria says they won't be hustled into joining a specific party. 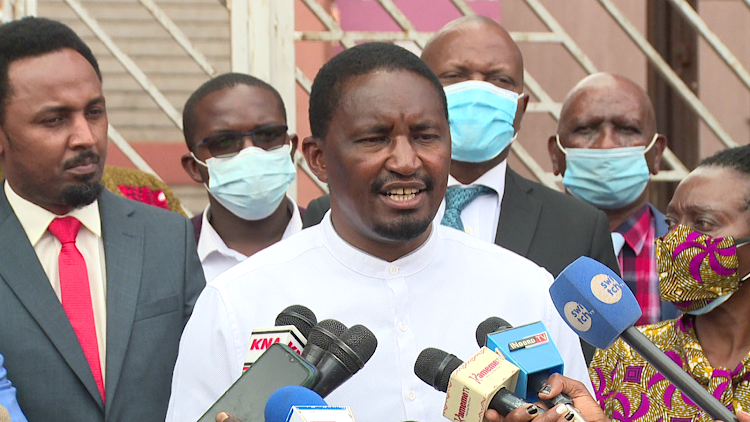 Mt Kenya leaders have warned presidential hopefuls of a rough time in securing the region's support in next year's General Election.

Under the Forum for Mt Kenya Region spearheaded by Gatundu South MP Moses Kuria, Narc Kenya party leader Martha Karua and former Agriculture Cabinet Secretary Mwangi Kiunjuri, they declared that nobody will get their votes for free.

The trio on Tuesday said all aspirants seeking the region’s support must publicly declare it and accept their irreducible minimums to be presented to them. They spoke after a meeting at a Thika hotel on Tuesday.

The forum has already received a boost from other parties as they seek to reinforce the region’s unity and consolidate support ahead of next year’s polls.

They are The Service Party (TSP), Chama Cha Kazi (CCK), Narc Kenya, the Democratic Party (DP), The New Democrats (TND), the People’s Party of Kenya (PPK) and the Party of Democratic Unity (PDU).

The forum has created two subcommittees to deal with technical issues and mobilise other parties with roots in the region to join the movement ahead of its Limuru 3 meeting to be held in two weeks.

They will make a declaration after that meeting. 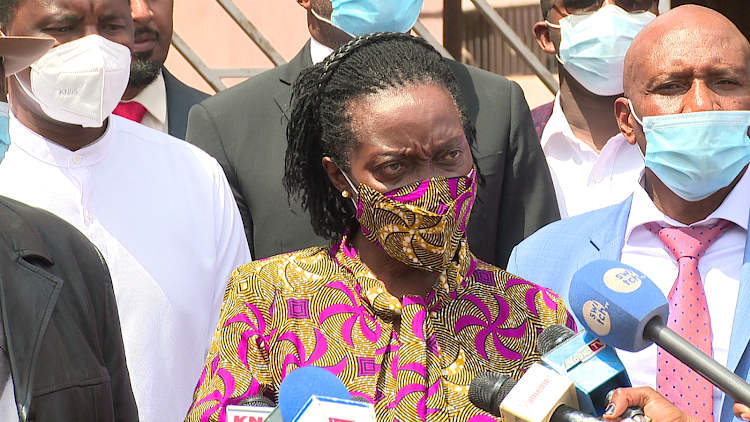 “We are here to consolidate our voice to chart the way forward ahead of the general election. We have an outreach committee that will be mobilising not only to expand [this forum] but also for the Limuru 3 meeting,” Karua said.

At the Limuru meeting, they will discuss the region's interests and prepare a document of demands to be presented to presidential aspirants.

Kiunjuri said the forum will issue the document to all presidential candidates, adding that it will accept nothing less than their demands.

“Again, nobody will promise the Mt Kenya region anything in the boardrooms. Issues will be represented in rallies and in the public domain. Whoever wants our vote, let them come to the public and say whether they will heed our demands,” he said.

“We will not let go of the leadership blindly without knowing or understanding what’s on the table for us.”

Kiunjuri also noted that the Forum for Mt Kenya Region is not affiliated with any presidential aspirant and will not be swayed or coerced into supporting any one of them.

“We are not affiliated so far despite having our personal differences on the people we support. One thing we know is that we support the agenda of the mountain region and our first priority is the interests of the Mt Kenya region,” Kiunjuri said.

Kuria reiterated that the region will throw its weight behind the highest bidder, maintaining that they will ensure the region gets what’s best for it.

He also took a swipe at politicians against the formation of regional political outfits, saying every region has a right under the Constitution to decide its political path.

In a thinly veiled attack on the United Democratic Alliance (UDA), Kuria, an ally of Deputy President William Ruto, said parties should not be hustled into supporting a certain party and its candidate.

Ruto has dismissed the formation of coalitions and insisted that UDA will not join forces with other parties.

“No one should lecture us that for us to support them we must join their political parties. If you don’t want our support, just say it because we cannot support anybody by force,” Kuria said.

The Association of Former Councillors, led by Kiambu chapter chairman Isaac Kamunge, also joined the forum and pledged its support.