Over 1,000 households to benefit from the Kiambu county project 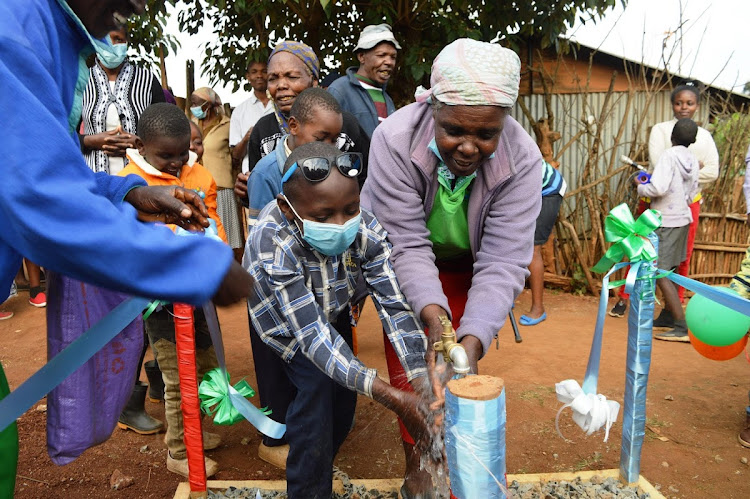 Over 1,000 households in Ndeiya in Kikuyu constituency are set to benefit from a water project by the Kiambu county government.

The residents, who have over the last six decades had to trek 12km in search of the commodity, will now be receiving over a million cubic metres of water daily after the county pumped water from Ondiri swamp  to their homes.

One of the beneficiaries, Grace Magondu, 80, said they have never had  water running from taps in the village and had to walk for long distances to fetch it.

"I cant believe there is tap water inside my home, something I thought I would never see. I am grateful that water has been brought close ending the more than six decades of agony," she said.

Monica Mwihaki, 57, said villagers have had water issues since she was born and they had to use donkeys to carry the water they fetched at the swamp.

"Fetching water was a whole day's affair because the queue at the swamp was long," she said.

Speaking during the official launch of Kamangu water supply project on Tuesday, Governor James Nyoro said the subcounty does not have any surface sources hence the major sources of water are exclusively from boreholes.

"Borehole yields vary spatially with Nachu, parts of Karai wards having the lowest yield while Kikuyu and Thogoto wards have high yields," he said.

Nyoro assured residents that the water will be available for 24 hours.

"We plan on supplying the water for free for about a month as we check on its flow and how the gate valves are reacting before we start charging  a subsidised fee," he said.

The county boss said some areas had boreholes but the water was not enough and that a plan was hatched to tap the commodity from Ondiri water catchment.

Kiambu water executive David Kuria said the department has drilled eight boreholes in the area with average safe yield of over 8000m3/day.

"This water supply goes a long way in closing the demand deficit of approximately 26,500m3/day. Currently the region's coverage is about 58 per cent and the county intends to increase this to 80 per cent by 2022," he said.

Kuria said the Kamangu water supply project will change the landscape of water provision in the area and its environs by increasing the hours of supply.

The county has lined up other water supply projects in Kikuyu subcounty that include Kinoo/Uthiru water project where two boreholes have already been drilled, two tanks at Gichuru grounds, 16km transmission pipeline from Kikuyu to Uthiru and 54km of distribution networks in Regen, Kinoo and Uthiru.

The other is Rungiri Muthiga water project that involves drilling of a borehole at Rungiri dam site, construction of an elevated tank at Rungiri primary and  a 5km distribution pipeline.

Wangige hospital is also set to benefit through the Ondiri-Island water project where two boreholes have already been drilled and construction of two tanks at island tank site.

The Kikuyu sewerage project which  is 60 per cent complete involves the construction of 55Km trunk and reticulation sewer network. 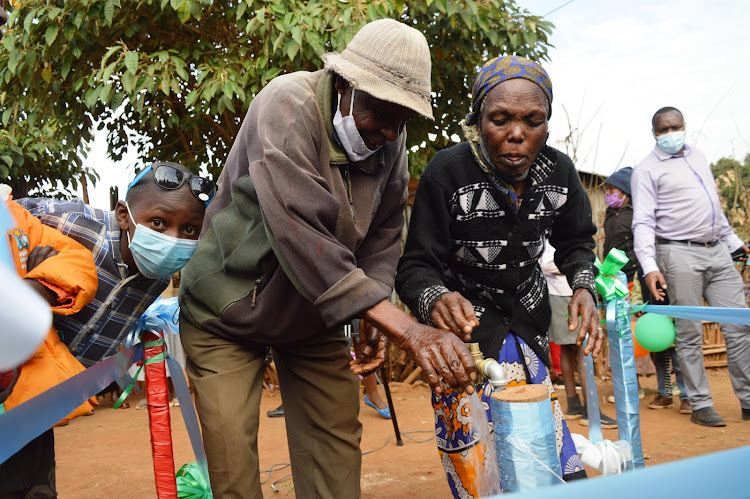 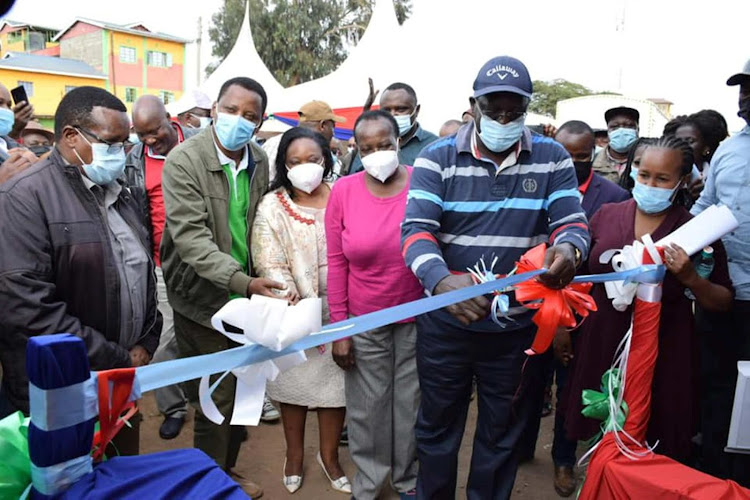