Kiambaa UDA win not a protest against Uhuru, says bishop

Mt Kenya region gears up for future party ahead of 2022 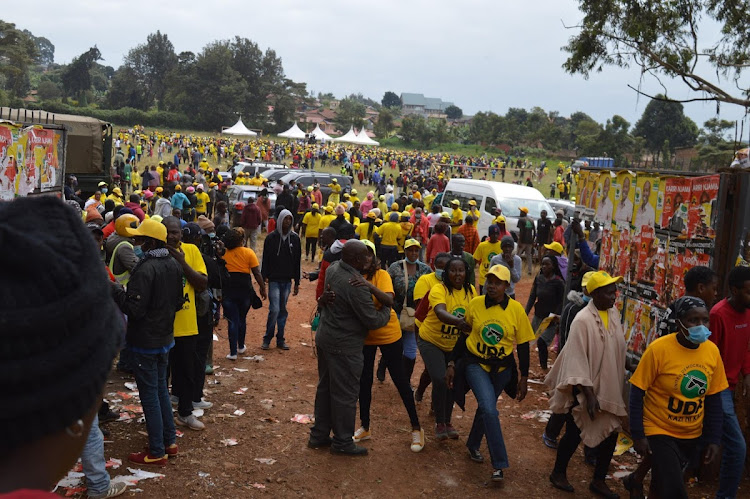 President Uhuru Kenyatta is increasingly having less say in Central Kenya politics because he will not be on the ballot in 2022, a bishop has said.

Bishop Samuel Njiriri, the general secretary of Federation of Evangelicals and Indigenous Christian Churches of Kenya, told the Star that the Kiambaa voting pattern was not a protest vote, but Mt Kenya region realigning itself ahead of the 2022 General Election.

"The Kiambaa election was not about President Kenyatta and Deputy President William Ruto. The people have realised the President will not be on the ballot and Ruto has come out seriously, saying he wants to be the Fifth President of Kenya," Njiriri, who is also the presiding bishop of Stewards Revival Pentecostal Church of Kenya, said.

Njiriri said given DP Ruto has declared his interest in the presidency as others struggle to craft alliances, it gives him an upper hand with the people as he is consistent and has already laid the ground.

"Every day we see the Deputy President meeting Kenyans in preparation for his election come 2022 and that could be the reason why people are attracted to the UDA party, which is allied to him. Others are still realigning themselves and we will wait and see," Njiriri said.

Mt Kenya youth caucus chairman Linford Mutembei said Jubilee Party is not yet dead, and it will be restructured in preparation for 2022.

"We agree that Jubilee needs to restructure but it is not yet dead since it has a huge following and membership. It is going back to the drawing board and starting afresh to recruit and popularise at the grassroots level," Mutembei said.

Mutembei added that the people should not drag the President's name into the loss in Kiambaa as he is busy fulfilling his development agenda to Kenya.

"The Kiambaa by-election was not about President Uhuru as he was not on the ballot and we all know that his term comes to an end next year. He is busy articulating his duties and making sure that the development agenda is fulfilled," Mutembei said. 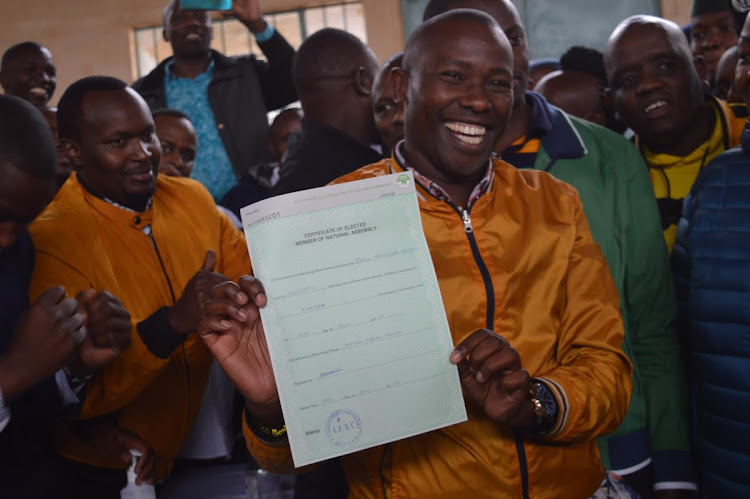 Kiambaa MP-elect John Njuguna displays his certificate after he was declared the winner of the Kiambaa parliamentary by-election
Image: STANLEY NJENGA

Ndaragwa MP Jeremiah Kioni insisted that Kiambaa was a win for the Jubilee Party because, by the time the Jubilee team hit the ground three weeks ago to campaign, it was difficult to mention the party and the President.

"So, if you are looking for the presidency in 2022 and you lose 50 per cent of your following in three weeks to your opponents, you have every reason to be worried. For us, it is a celebration," Kioni said.

Kiambu youth leader allied to the Jubilee Party Ndotch Ndegwa said politics is a game of numbers and the eight million votes from Mt Kenya can make or break any presidential candidate.

During the 2017 elections, the region had a total of 5.3 million votes.

"I am not a political Einstein but destroying what they called 99.9 per cent stronghold to 50 per cent in three weeks should send shudders to the owners of the wheelbarrow."

Former Sigona MCA Mutonya Njenga, however, said there are many lessons to learn for Jubilee Party and the hustler nation in the by-elections in Kiambu county.

Most importantly, he said, is the choice of candidate and the party to vie on. 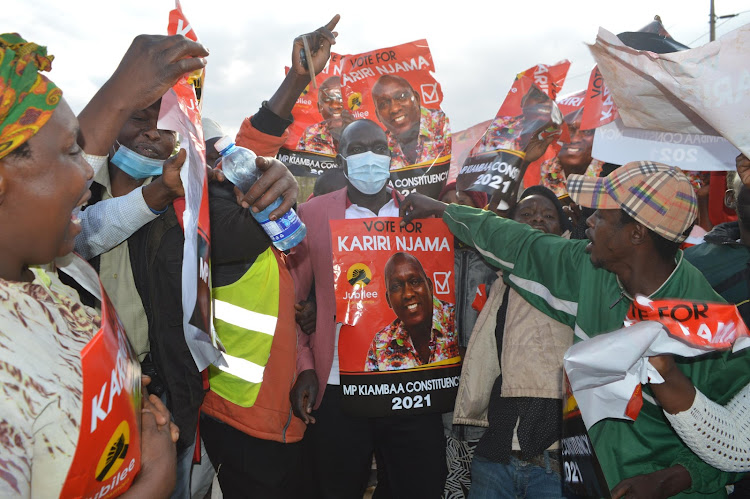