• NCBA managing director John Gachora said the bank is loaning about Sh10 billion a month on M- Shwari and more than Sh10 billion on Fuliza.

• He denied claims banks are not loaning customers during the pandemic, instead saying many  customers suspended their investment plans due to Covid-19. 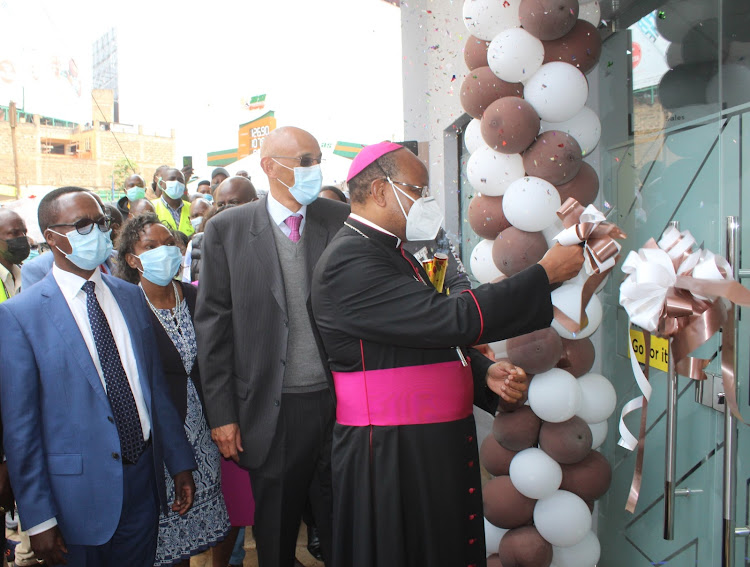 The NCBA loan book recorded a disbursement growth of Sh140 billion through M-Shwari and Fuliza mobile banking platforms in the first quarter amidst Covid-19 pandemic.

NCBA managing director John Gachora said the bank is loaning about Sh10 billion a month on M- Shwari and more than Sh10 billion on Fuliza.

He denied claims banks are not loaning customers during the pandemic, instead saying many  customers suspended their investment plans due to Covid-19.

“People who wanted to buy plots are no longer buying because during this time, people decided to do financial planning,” he said.

Banks have also been doing risk management in their financial planning, he added.

He spoke on Friday when the bank opened two branches in Nyeri county, one in Karatina and another in Nyeri town.

The MD said the two were the 74th and 75th branches respectively.

Group chairman James Ndegwa said Nyeri, with its 750,000 population and strong enterprising culture and location, incentivised the bank to open the two branches.

The bank plans to open a branch in Kakamega, Bungoma and Kericho. A week ago, he said, they opened a branch in Mombasa and will open more branches in Nairobi and Kiambu.

This, he said, was part of the bank's branch expansion programme and that the aim is to open 15 more new branches before the end of the year. This will bring the number of branches to 90 in the country.

“We will continue with the programme next year. One of the things we committed to do when we created NCBA from the merger of NIC and CBA is to be relevant to Kenyans by being closer to them and their businesses,” he said.

The bank, which gives mobile loans through Safaricom, also plans to introduce new products in asset financing, among others.

The bank, he said, is known for asset financing having been responsible for 35 per cent of vehicles financed in the country.

Nyeri Catholic Archbishop Anthony Muheria, who was the chief guest during the opening of the Nyeri town branch, expressed hope the bank will continue serving residents with dedication and integrity.

“I pray the opening of this new branch will make the dwellers of Nyeri town and beyond experience a personalised banking and assistance, which I pray your team here on the ground will give to us,” he said.

He challenged the bank to ensure its presence in Nyeri influences the uplifting of the less privileged through its corporate social responsibility, though they may be unable to bank with it. 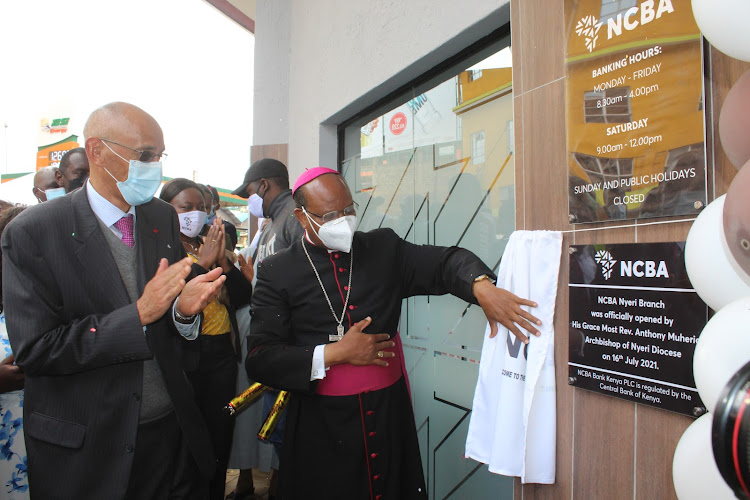