In Muguga ward in Kiambu county, MCA aspirants claim JP promised them Sh1m if they lose 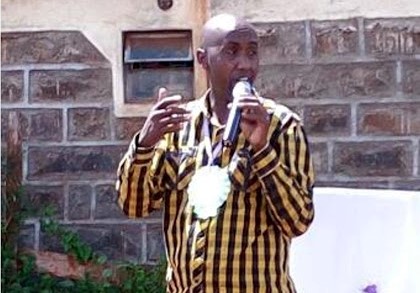 The Jubilee Party is in hot soup in Muguga ward in Kiambu's Kabete constituency as candidates who lost nominations for the July 15 by-election quit the ruling party.

A number are headed to UDA, which is linked to Deputy President William Ruto.

They say they cannot campaign for Jubilee candidate Joseph Githinji because the nomination was not free and fair.

Aspirant Joseph Gacheru claimed their supporters have been complaining that their rights to nominate their preferred candidate were denied.

Gacheru said that the JP had promised them Sh1 million each since the nomination was not conducted as they had wished.

Gacheru said he has joined the UDA party.

Aspirant Andrew Murugami says that they feel wasted since they used a lot of money and time to campaign for nominations.

“We had used a lot of money, wooing our supporters to come out in large numbers and participate in nominations and that was where the issues of compensation came about,” Murugami said.

Others candidates who joined the Gacheru and Murugami on Monday were former MCA Francis Waithaka, Francis Mahiga and Jacob Mungai.

Most of them said they were planning to join other parties, which they did not name.

Mwathi who is also a member of the JP advisory committee explained that the candidates scheme to allege there was a compensation plan, was a ploy for them to join the opposition.

The legislator said JP was firm, employing all strategies to ensure the party candidate wins the seat.