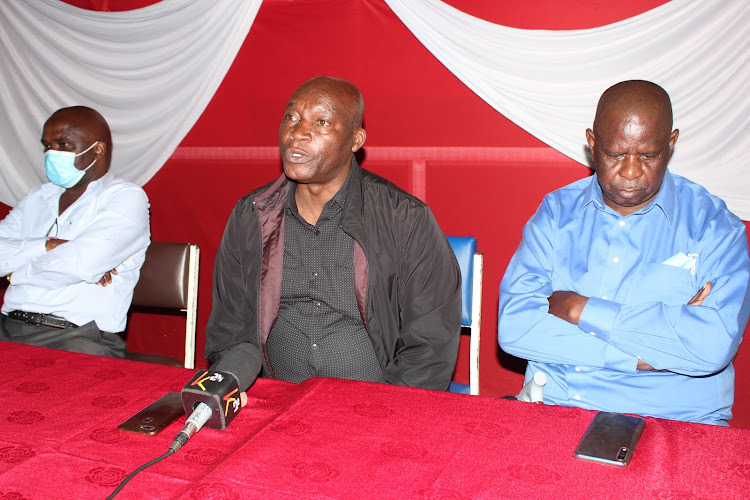 More than 2,000 elders are expected to attend Friday's cleansing ceremony of Mukurwe wa Nyagathanga shrine in Murang'a, organisers have said.

The ceremony has been organised after the controversial coronation of National Assembly Speaker Justin Muturi as the Mt Kenya spokesman.

The Muturi coronation took place at the shrine two weeks ago.

It was conducted by a faction of elders led by Kiama Kia Ma national patron Kungu Muigai much to the opposition of the Kikuyu Council of Elders.

The elders hold that the shrine must be cleansed.

Speaking in Murang’a town on Wednesday, the elders said the cleansing ceremony will proceed despite opposition from certain quarters including from among the elders themselves.

Kikuyu Council of Elders secretary-general Peter Munga said elders are expected to converge at the shrine from 5am for the three-hour ceremony.

The ceremony, he said, will be jointly conducted by elders from both Kiama Kia Ma and the Kikuyu Council of Elders.

Munga said Muturi's coronation desecrated the shrine and that it was wrong for the Speaker to proceed with the ceremony despite numerous calls to change the venue.

He said the coronation also went against procedures often followed by elders as it was not done in consensus.

After the cleansing ceremony, elders will congregate at Mumbi grounds in Murang’a town for prayers.

Munga spoke after the elders obtained police permits for the ceremony. 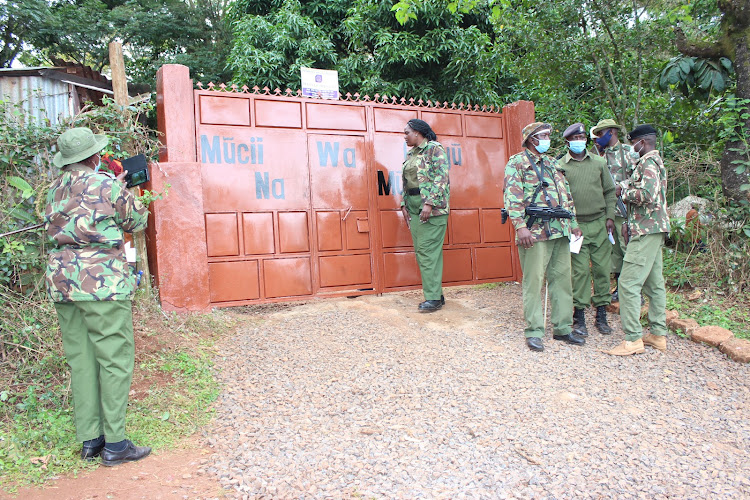 Police officers at the Mukurwe wa Nyagathanga shrine in Murang'a during the coronation of National Assembly Speaker Justin Muturi on May 22, 2021
Image: ALICE WAITHERA

Authorities had earlier refused to grant permits for the event, citing Covid-19 protocols.

Muturi's coronation on May 22 exposed the divisions among the elders who engaged in a tug-of-war over the authenticity of the ceremony.

Kung’u Muigai had said the coronation was conducted in accordance with Agikuyu customs.

He said the ceremony was done by 20 customary priests all of whom were aged over 90 and have fulfilled all customary requirements.

“The elders had to cleanse themselves for 21 days prior to the event,” he said after the event.

Muigai said those with dissenting voices can coronate their leaders of choice. He dismissed claims of commercialization of elderhood. 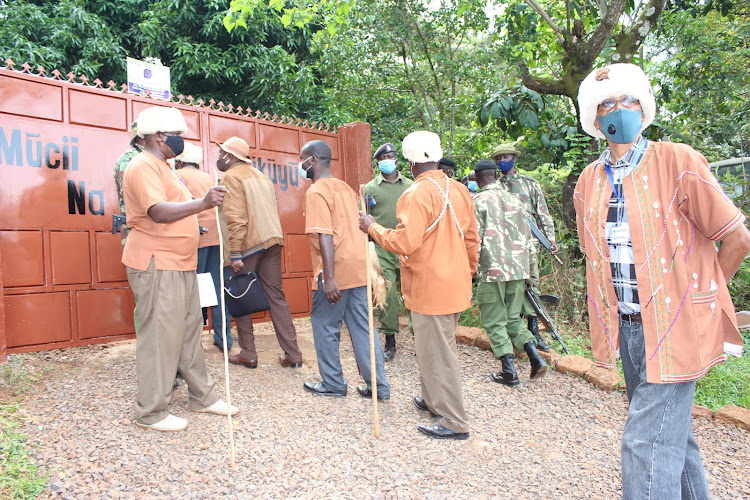 Kikuyu Council of Elders chairman Wachira Kiago and his Kiama Kia Ma counterpart Ndung’u Gaithuma said the Muturi coronation should not have been conducted at the shrine that is believed to be the origin of the Agikuyu community.

The shrine, they said, is only used for prayers and cultural ceremonies. Political events should be kept away, they said.

Murang’a Governor Mwangi wa Iria also condemned the Muturi coronation and the heavy presence of police during the ceremony.

Wa Iria had promised he would meet elders and organise a cleansing ceremony to undo any ramifications that may emanate from the rituals conducted during the coronation.

The governor said Muturi had been misled by 'cultural brokers' out to make money. The governor had earlier threatened to storm the shrine and stop the event saying the shrine was under his custody as the governor of Murang'a.

But elders who spoke during the ceremony said Muturi’s coronation as the Mt Kenya spokesman would heal political divisions that have split the region.

Kiama Kia Ma patron for Murang'a county Prof Peter Kagwanja said the elders had congregated in search of a king and not a politician.

“Never again have we done what we have done here today in the manner that we have done it. It brings to conclusion a long journey that started in Meru, went to Mbeere and Embu and is now here. We are looking for a person to whom we can go for counsel,” Kagwanja said during the Muturi coronation.

I am ready to serve, Justin Muturi says after the coronation

Muturi said he has a duty of reaching out to his fellow leaders from the region.
News
2 months ago

Wa Iria says Muturi should do his coronation away from the shrine.
News
2 months ago
by ALICE WAITHERA Correspondent, Murang'a
Central
04 June 2021 - 07:10