Murang'a senator says the country stands to lose heavily if the two groups are not allowed to move freely.

• Kang'ata says failure by the government to exempt farmers from curfew and cessation of movement will hurt the country's foreign exchange.

• He says the clergy gives round-the-clock spiritual nourishment and counselling to families at home and patients in hospitals. 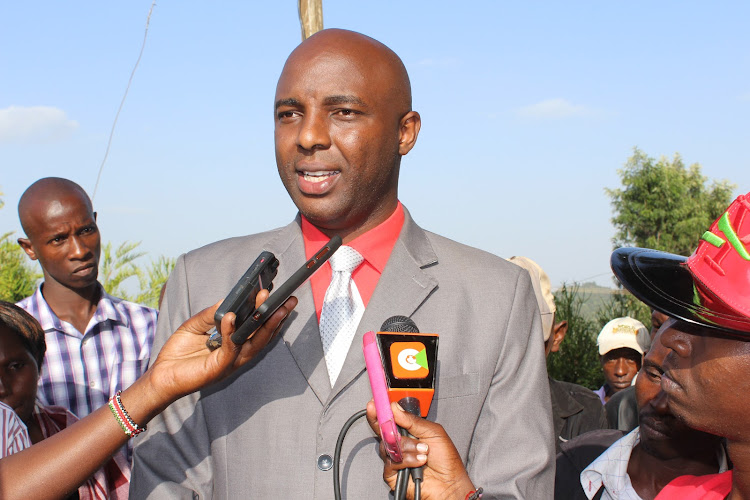 Murang’a Senator Irungu Kang’ata has filed a petition at the High Court to have farmers and the clergy exempted from movement restrictions.

On March 26, President Uhuru Kenyatta announced a raft of orders aimed at stemming the rising cases of Covid-19, including cessation of movement into and out of Nairobi, Nakuru, Machakos, Kiambu and Kajiado counties. The five counties were declared a disease-infected zone.

Kang’ata says the two groups were excluded from the list of those exempted by the government. He says Murang’a is an agricultural county that relies on dairy and cash crop farming as its economic mainstay, hence the need to consider the crucial role of farmers.

He says tea, macadamia, avocado and banana produce is exported, noting that the county is the largest producer of tea in the country.

In a sworn affidavit, Kang’ata says most farmers are organised into cooperatives and export their harvests through the Jomo Kenyatta International Airport.

“Farmers’ vehicles have to go through barriers erected in the Blue Post area on the border of Murang’a and Kiambu counties that enforce cessation of movement,” he says.

Kang'ata says the government’s failure to exempt farmers has seen them barred from crossing over to Kiambu county to market their produce, causing them untold suffering.

Tea farmers carry out their work late into the night as their produce is at times collected by factories past the curfew.

He notes that the government has also failed to list farmers in the vaccination priority list, yet they belong in the vulnerable category on account of their advanced age and nature of work.

The senator says clergymen also have a formal organisation that incorporates all major faiths and is recognised by the government—the Inter-Religious Council of Kenya.

“Murang’a county clergy offers round-the-clock spiritual nourishment and counselling services to distressed families in their homes and patients in hospitals,” he says, adding that some dioceses cut across several counties, some of which have been affected by the cessation of movement.

“The crux of this petition is the apparent violation of various fundamental provisions of the Constitution that infringe on the very fabric of political, democratic and social rights of Kenyans.”

The country has for a long time had a balance of payment deficit, with imports being more than exports, a situation that hurts the economy. The government’s failure to exempt farmers from curfew and cessation of movement exacerbates the crisis.