How canning led to disappearance of Kirinyaga girl

Woman says her daughter disappeared after beatings by neighbour 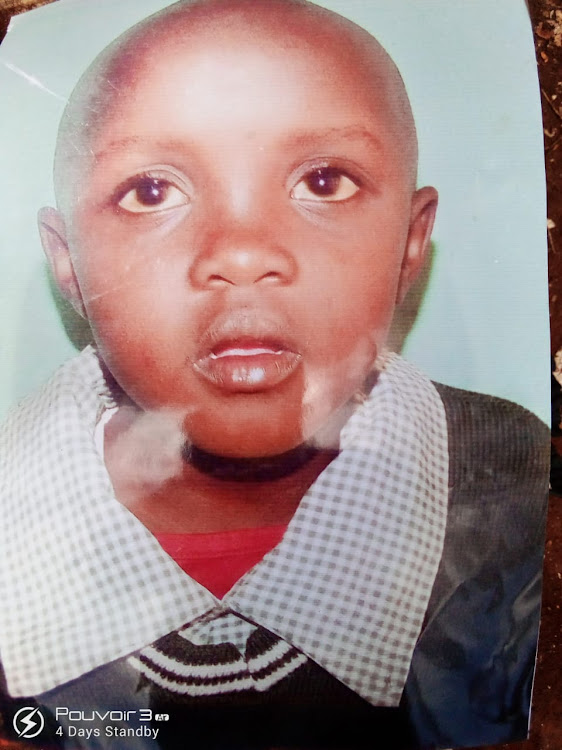 A photo of the 8 year old Trizah Nyakio Mwangi who disappeared on March 19 ,2021
Image: WANGECHI WANG'ONDU

They say the pain of a child is well known by the mother.

That’s the pain a mother in Tebere ward, Mwea, Kirinyaga county is grappling with as she searches for her eight-year-old daughter who disappeared a week ago.

The anguished Evangaline Muthoni says the disappearance of her firstborn Trizah Nyakio Mwangi on March 19 has subjected her to emotional distress.

She narrates that Nyakio, a Class Two pupil at Murubara Primary School, ran away after she was allegedly beaten by a lady neighbour for defecating on her green bananas that were displayed for sale on her small stall outside her home.

“The neighbour sent for my daughter who was picked by her daughter. I allowed Nyakio to go because I thought she was accompanying the neighbour's daughter to the shop. Little did I know she was going to face the neighbour's wrath and that marked the last day I set my eyes on her,” said the woman.

Muthoni says after the neighbour disciplined her child, she (neighbour) came over to her home and notified her that she had beaten her child and blamed her for sparing the rod. From there on the girl disappeared and has never returned home.

The mother of two now says besides reporting the case at the Wang’uru police station, she has mounted an aggressive search for her first born to no avail.

“The police promised to launch a search. On the other hand my husband,  I and few of my neighbours have searched every corner of our village without success. I am appealing to any person who might have come across her to report to the nearest police station or get in touch via 0723139966,” she said.

Muthoni says her daughter was last dressed in a pair of black trousers and a stripped black and white woollen pullover. She speaks fluent Swahili and Kikuyu.

Catherine Njoki, a neighbour, says she has put together a team of villagers to search for the girl but their effort has so far proved futile.

She urged the society to desist from instilling discipline in children who are not their own as it might lead to a regrettable action.

“The best action is to report an irresponsible act to a parent rather than taking law into your own hands. Some of the children might be suffering from ailments that might be aggravated by caning,” she added.

Her sentiments were backed by Grace Wairimu another neighbour who expressed her sorrow and regret over the action.

She said she has also had sleepless nights over the disappearance of the child.She now want the society to apply humane treatment to children while disciplining children.