They use short cuts through the Del Monte farm and nearby Tropical estate to dodge the barrier. 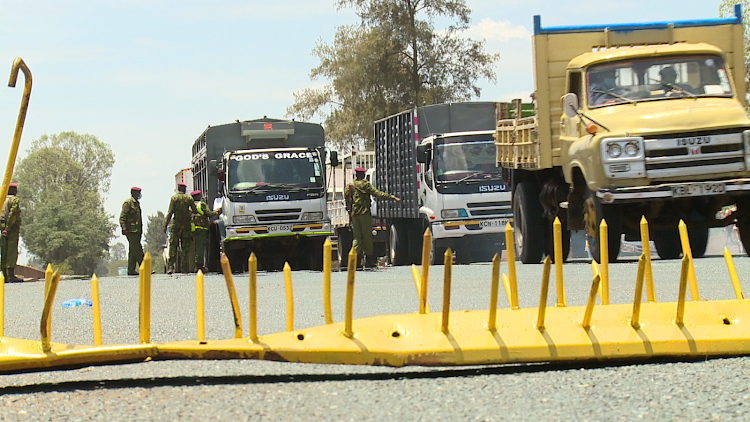 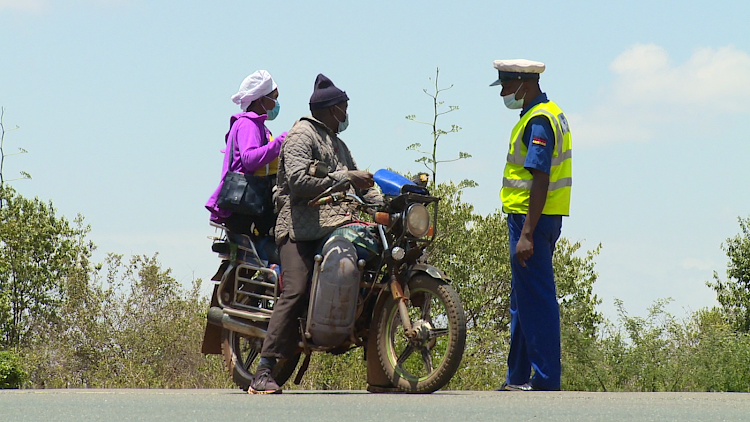 A police officer questions a boda boda rider and his pillion at the Thika roadblock near Blue Post Hotel on Monday
Image: JOHN KAMAU

Police are having a hard time controlling boda bodas ferrying people across the roadblock mounted at Del Monte area near Blue Post Hotel in Thika.

The sly riders use short cuts through the Del Monte farm and the nearby Tropical estate to dodge the barrier.

The barrier was mounted on Saturday as part of the enhanced Covid-19 containment measures announced by President Uhuru Kenyatta on Friday last week.

A spot check by the Star on Monday revealed that hundreds of boda boda riders camping near Blue Post Hotel and ferrying people to Murang'a and other areas within the Mount Kenya region.

They have also taken advantage of the situation to hike their charges. One parts with not less than Sh500 to be ferried across the barrier, up from Sh50 before it was erected.

A police officer manning the roadblock told the Star in confidence that the motorbikes have been a nuisance in controlling movement into and out of Kiambu since they have devised secret routes.

He, however, divulged that proper plans were being laid to close down the shortcuts, adding that those flouting the rules would be rounded up and prosecuted.

But a rider who spoke to the Star on condition of anonymity said they were ferrying people who have permits but lack vehicles.

“There are so many people who work in Kiambu or Nairobi or are seeking medical services in the area but reside in Murang’a. Most of them do not have vehicles and we are here to ferry them. We are not in any way contravening the set regulations,”  the operator said.

People are freely crossing the barrier with minimal checks by the officers manning the roadblock.

However, all vehicles passing through the roadblock are required to produce authorisation letters or proof that they are among the essential services providers.

On Monday, the officers used water canons to disperse matatus that were ferrying commuters from Del View stage.

The matatus were waiting for passengers ferried from the Kiambu side by motorbikes.

Residents who spoke to journalists said that even though the officers were strict on them, they allowed them to pass upon giving a valid reason.

Muiruri Karanja, a Kagunduini resident in Kandara, Murang'a county, said he had gone to a clinic in Thika town and was allowed to pass the barrier after producing his medical certificates.

The barrier at Blue Post was erected to control movement in and out of Kiambu, which was categorised as a disease infected zone alongside Nairobi, Kajiado, Nakuru and Machakos.