• The widow's tribulations were exposed by the Star after unknown people destroyed her Sh80,000 cabbage crop on the night of September 29.

• Hers was a narration of sleepless nights and fear that her tormentors might come for her at night.

A week ago, well-wishers arrived at her Micharage village home in Mirangine sub-location with good news. They were led by Bishop Peter Macharia, the local interdenominational network chairman.

They sympathised with, and prayed for the widow. They had not come empty-handed.  The group was loaded with high-quality Sangi potato variety, which they planted to replace the destroyed 3,500 cabbage plants worth Sh80,000.

Wakarima's tribulations started on September 29 when she woke up to find her ready to harvest cabbages destroyed. The as yet-to-be-identified people also ruined her two cabbage nurseries.

The Star told her story. Hers was a narration of sleepless nights and fear that her tormentors might come for her at night. She appealed to the government and well-wishers for assistance.

The cabbages were her means of survival. She provided for her family from the sale of the vegetable. She bought her drugs with the money so earned.

Wakarima suffered a bout of TB in 1997. The infection left her weak, often experiencing frequent chest pains. She is also asthmatic.

Religious leaders and the Nyandarua county administration read her story and on Thursday last week arrived at her doorstep with the Sangi potato variety. 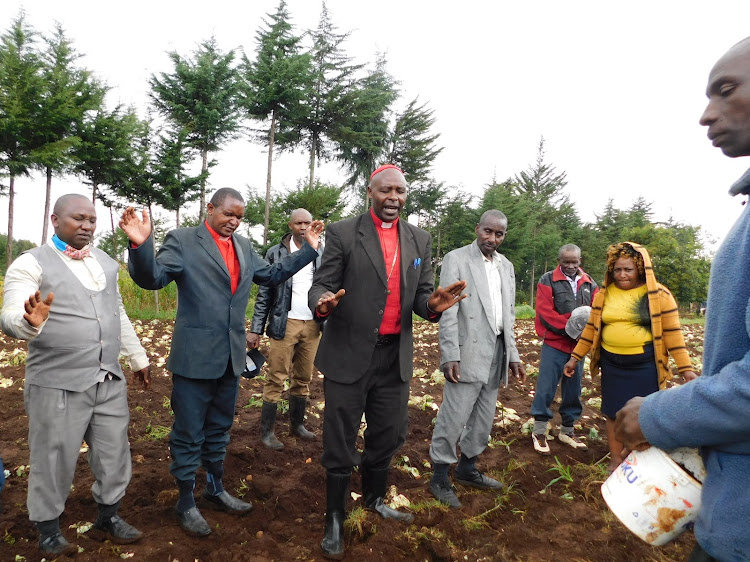 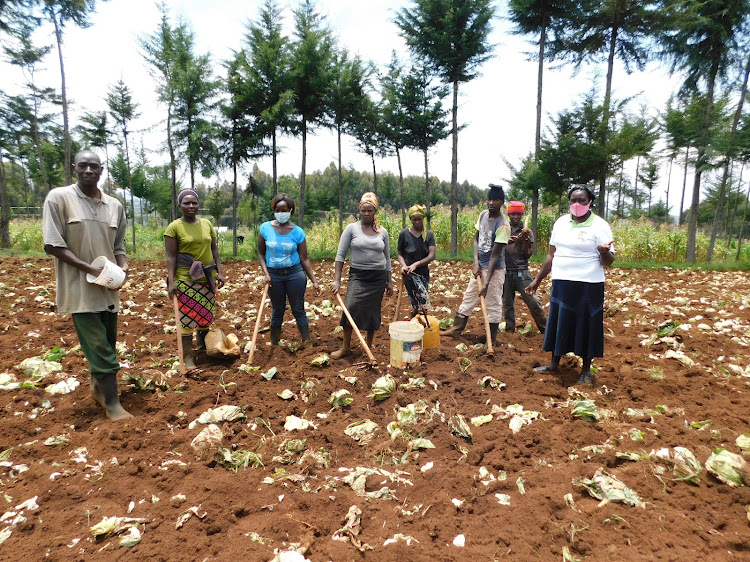 The planting was supervised by Nyandarua agricultural extension officer Evaline King’ori. It was also an opportunity for other farmers to learn.

King’ori said the potato crop will adequately compensate the widor for her ruined cabbages.

According to her, Wakarima will earn more than the Sh80,000 she expected to earn from the sale of the cabbages. She will be left with enough high-quality potato seed for planting and to sell to the neighbouring community.

“As the county department of Agriculture, we shall follow up to ensure this work is not in vain,” King'ori promised.

Yesterday, Wakarima was thankful to the media for highlighting her tribulations.

“I am happy that after the media published the story, the Nyandarua governor (Francis Kimemia) sent a bishop who brought a tractor which tilled the land, and potato seeds and fertiliser. Now the farm has been planted and I can only thank God,” she said.

Local musicians were not left behind. They visited and prayed with the family and also brought some shopping.

The widow is still worried. She doesn’t know who destroyed her farm and the motive. She maintains she has no known enemies and is not embroiled in any land dispute.

Her son, Samson Mbatia, said that every time dogs bark at night, he has to go out to at least reassure his mother that all is well.

The police visited once after the Star expose. Nothing has been heard from them since then.

Bishop Macharia told the Star that whoever destroyed Wakarima’s farm wanted to ruin her. However, this has attracted more blessings to her.

“We say they did not do bad. When you see bishops and other religious leaders join government officials and the local community in supporting and encouraging her, it only confirms God’s blessings. Whoever did it needs to come out and confess,” he said

And as if to confirm what the bishop said about blessings, the heavens opened up as the potatoes were being planted.

Macharia said the pastors approached Governor Kimemia after they received the sad news. The governor assured them that the widow would be assisted.

Among those who took part in the planting were Kelvin Ikua and Njogu Mwangi from the governor’s Service Delivery Unit. The two urged Nyandarua residents to be peaceful.

“We should have a conversation to understand where this (criminal activity) is coming from. Only the other day a Kinangop farmer had his cows slashed at night by unknown people,” Ikua said.

Mwangi called on the police to expedite investigations on the incident.

“The government or the governor may not always have money to give assistance when such incidents occur,” he said

Mirangine subcounty police boss John Matsili did not respond when the Star sought his comment.