The couple had just returned from shopping moment before the incident.

• The couple has lived together for seven years and has no children.

• Bengo has seven children with his first wife who lives in Vihiga county. 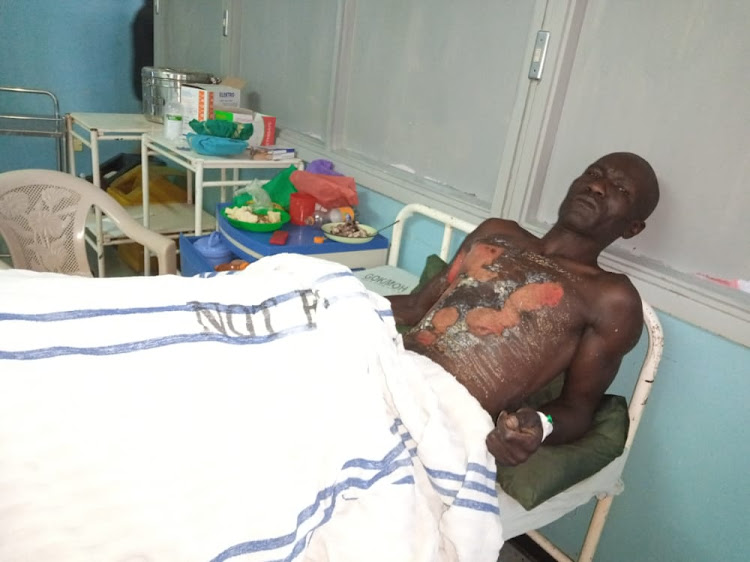 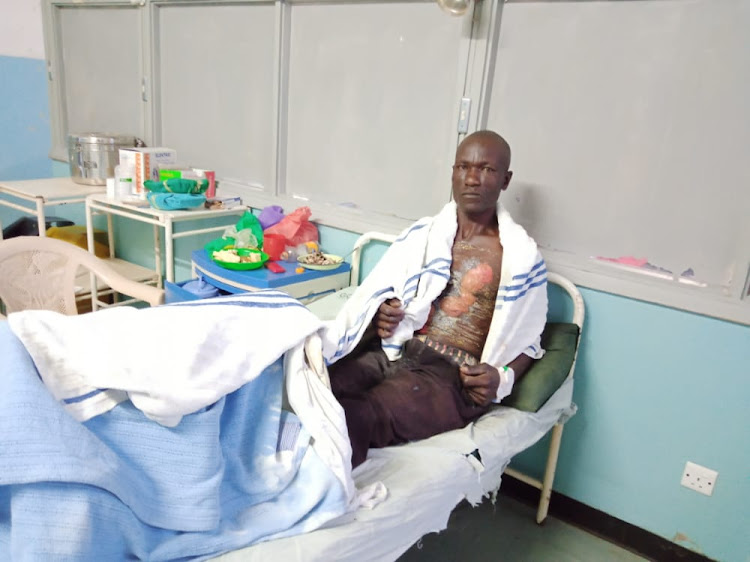 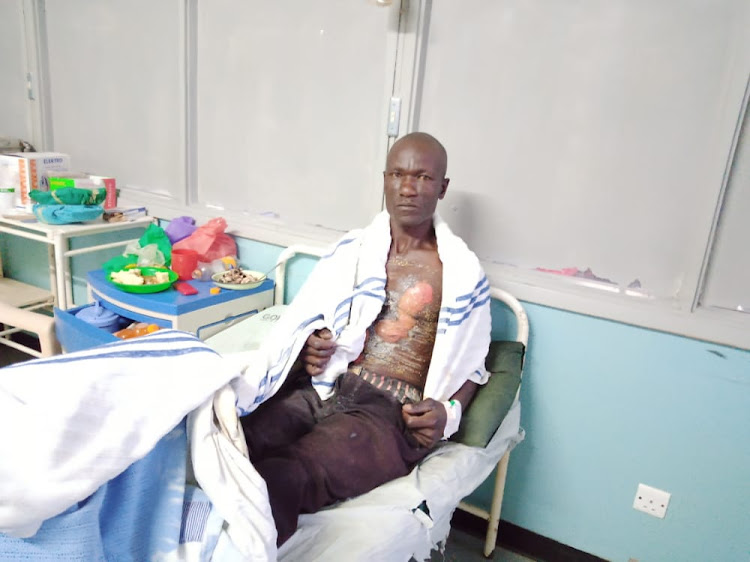 A quarry worker from Ol Kalou, Nyandarua, is recovering at J.M. Kariuki Memorial hospital after he was allegedly scalded by his second wife on Saturday evening.

Naphas Bengo, 46, claimed his wife Leonora Auma, who has since gone into hiding, accused him of unfaithfulness before pouring hot water on him.

They have lived together for seven years and have no children. Bengo has seven children with his first wife who lives in Vihiga county.

Speaking from his hospital bed on Sunday evening, Bengo, who works at Ol Kalou town quarry, said he had got his pay and went shopping with his wife.

After they returned to the house, Auma put water for cooking ugali on the stove and added some cooking fat to it. He gave her Sh100 to go and buy milk before the water could boil.

But she took time before coming back and he decided to look for her. He did not find her. Instead, he went to the house of a friend and colleague at Ol Kalou quarry who lives in the same residence.

Moments later, his wife returned. Bengo said he discovered that she had used the money to buy illicit alcohol before returning to the house.

“She demanded to know where I had been as she had left me in the house. She accused me of prostitution when the two of us had just returned from shopping a while earlier. I told her that if anything, she was the one engaging in prostitution as she went out and stayed long after leaving water for cooking ugali boiling on the stove,” he said.

In the ensuing confrontation, he said, the woman grabbed the water that was boiling on the stove and aimed for his face. He leaned back and some of the water splashed on his chest and stomach.

Bengo said the woman accused him of being a nuisance at every available opportunity. He said for the seven years they have lived together, they have been quarrelling but never fought. He never expected his wife could go to that extent.

His friend Patrick Lihonda said he was shocked to learn Bengo had been scalded moments after leaving his house.

He said Ol Kalou police should do all it takes to get Auma, who is said to be hiding in Naivasha and ensure Bengo gets justice.

He said couples should avoid remarks about prostitution and infidelity during arguments as this could be dangerous.

Lihonda said after scalding her husband the suspect spent the night in one of the bars at Ol Kalou town before proceeding to a hideout in Naivasha on Sunday.

Nyumba Kumi elder Gladys Mwaura said she was informed of the incident at 6.30 pm, Saturday.

She rushed to the scene in the company of local village elder and organised for the victim to be rushed to the hospital where he is now in stable condition.

Mwaura regretted that in the recent past, domestic and gender-based violence has escalated in Ol Kalou, mostly perpetrated by women against men. She said couples should learn to settle their differences amicably.

“I want to urge my fellow women that if your spouse offends you, it is better to walk away for some time, report to authorities or share with a friend instead of resulting to such abominable acts. Before, it was men who battered women. But now it appears things have changed, I don’t know where women are going for training,” she said.

The suspect could not be reached for comment as her phone was out of reach.

The police boss said Bengo did not inform the police that he was admitted to hospital. He said he will send some officers to the hospital to find out how he is doing and commence investigations.