HAS COUNTY AT HEART

Of the four new subcounties created, two are in Governor Kimemia-led county.

• They spoke on Tuesday during the unveiling of two subcounties — Gathanji and Aberdare.

• They agreed to unite and work together for the benefit of residents. 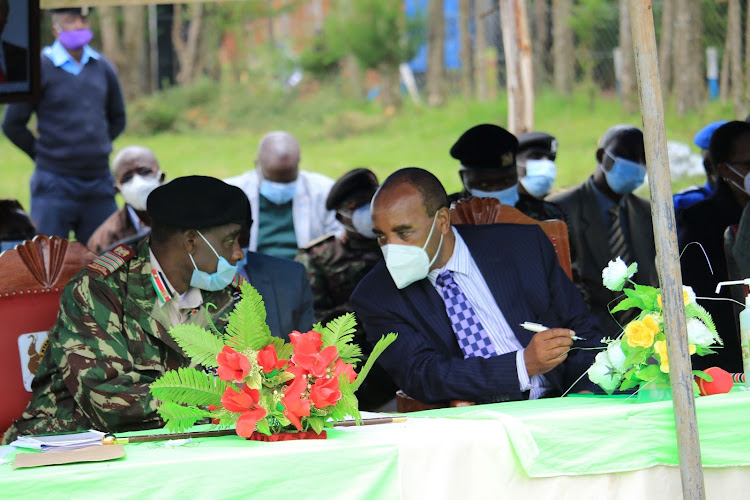 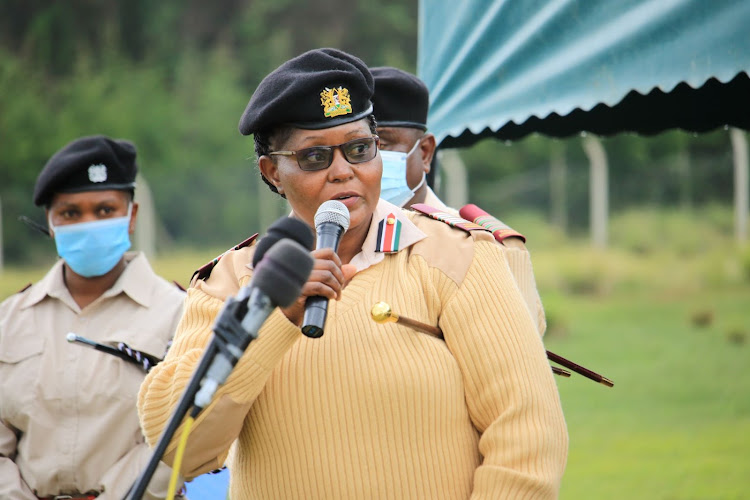 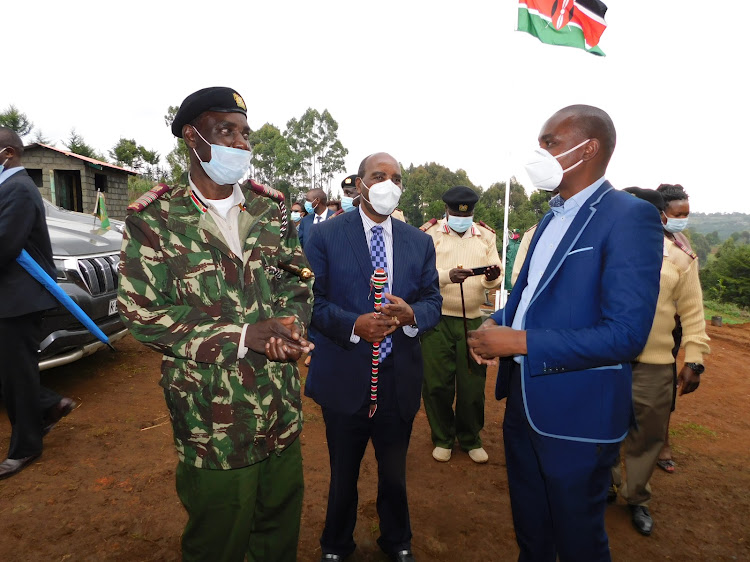 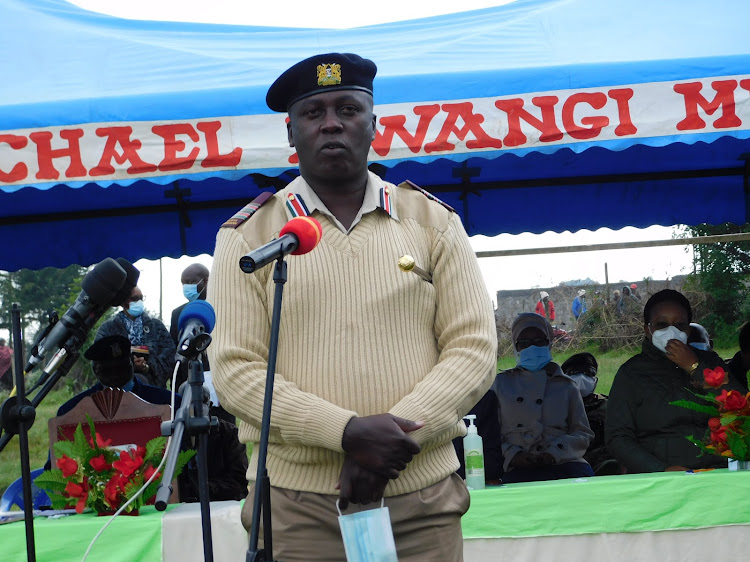 Nyandarua leaders have praised President Uhuru Kenyatta for roads, rail and dam projects and the creation of new administrative units in the county.

The trio spoke on Tuesday during the unveiling of two subcounties — Gathanji and Aberdare — and two deputy county commissioners who will take charge of the two administrative units. The event was presided over by Central regional coordinator Wilfred Nyagangwa.

Gathanji was hived off from Nyandarua West in Gazette notice number 4571 of July 3. Its headquarters is Ngano township. Aberdare, with headquarters at Shamata township, was created from Nyandarua North. James Wanyoike and Lilian Njagi are the deputy county commissioners for the units respectively.

“President Uhuru Kenyatta had pledged to increase the subcounties ahead of the 2017 General Election. Such administrative units bring services closer to the people, including recruitment of more county residents into the disciplined services and resolution of local grievances. I thank the President for having Nyandarua at heart," Kimemia said.

He lauded the Kazi Mtaani initiative, tarmacking of roads, rehabilitation of the Gilgil-Nyahururu meter gauge railway, construction of dams, support for cooperatives through the provision of coolers and upgrade of vocational training centres.

The national government is also supporting him in the war on teenage pregnancies, insecurity, alcoholism, drugs and substance abuse. Colonial villages are also set to receive title deeds, which are now ready in line with the President’s directives during his January visit.

Ol Joro Orok MP Muchira said the new subcounties are a result of ceaseless follow-up by elected leaders on the President's promise in 2017. He said they will remain united in requesting four more units to be created in Kinangop, Kipipiri and Ol Kalou. The President had promised six.

“All in all, I sincerely thank the President. Of the four new subcounties so far created in the country, Nyandarua got two," he said.

Muchira said the new units will lead to new job and investment opportunities such as the demand for housing, given that they require staff.

“I urge those with some land to take advantage [of the new units] and invest in houses."

Muchira said the recent elevation of Nyandarua Institute for Science and Technology to Nyandarua National Polytechnic, making it the 12th such facility in the country, confirms Uhuru’s commitment to the region's growth.

Kioni said to get two new subcounties at a go is not a mean feat.

“This and other developments go a long way in confirming what the President said that he is governor number one for Nyandarua. We know a new subcounty for Kinangop is on the way and we shall continue pushing for Ol Kalou and Kipipiri,” he said.

Poor relationships among elected leaders were noted as the main obstacle to Nyandarua achieving the needed growth. The three agreed to unite and work together for the benefit of residents irrespective of their differences.

“These people elected us to work for them. They did not elect us to become friends or marriage partners,” Kioni said.