The girl has been in India for one year seeking treatment

• The 15-year-old girl was diagnosed with stage four kidney failure when she was seven years old and had her first transplant. 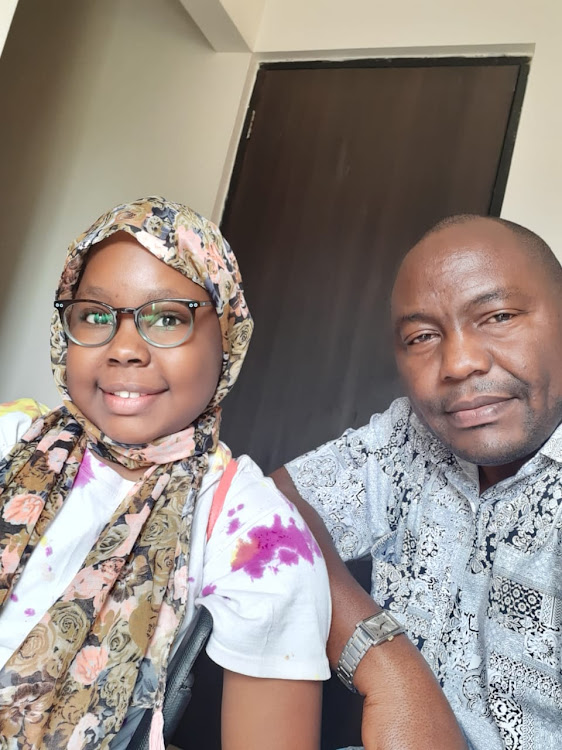 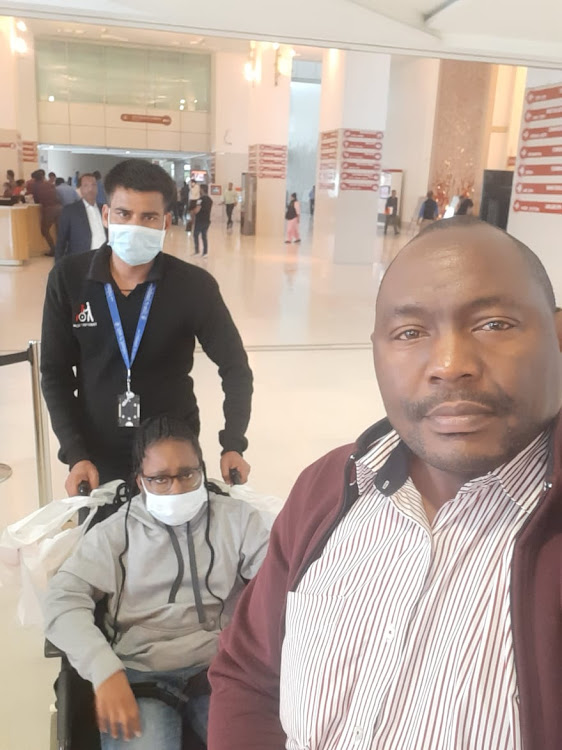 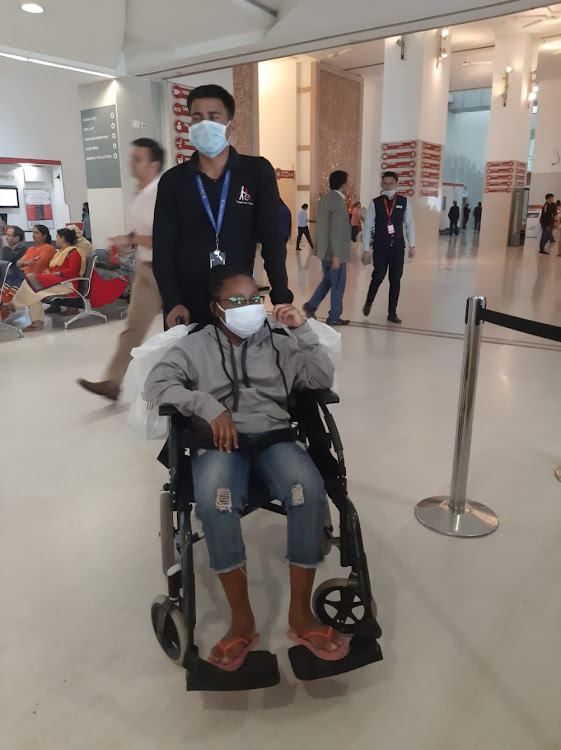 Fyona Wanjiku in a hospital in India
Image: /ALICE WAITHERA 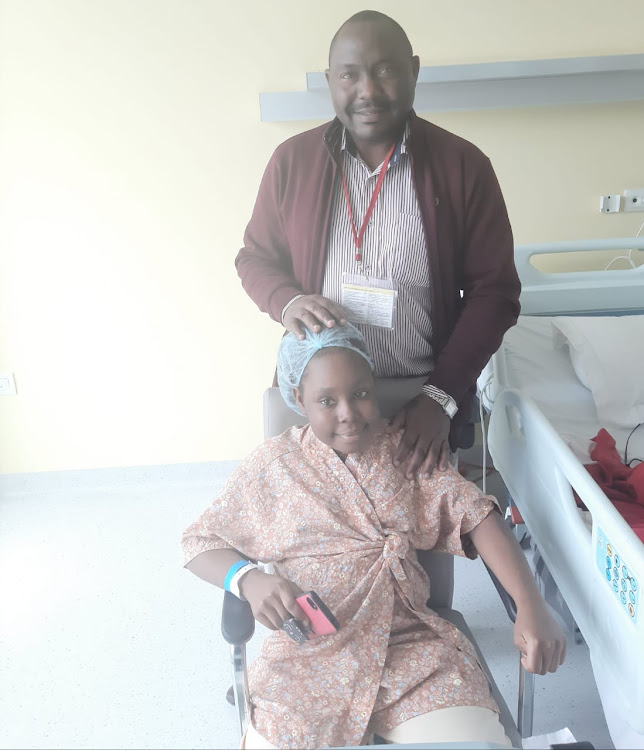 Walter Njoroge with his 15-year-old daughter Fyona Wanjiku in a hospital in India.
Image: /ALICE WAITHERA

The family of a girl with kidney problems is appealing for Sh3.9 million to pay for her treatment and air ticket back home from India.

The 15-year-old, who has spent a whole year in India, will also need daily medication for the rest of her life.

Walter Njoroge said his daughter Fyona Wanjiku fell sick when she was just seven years old. She was in Standard 1. She is now 15 years old.

Njoroge, who comes from Mukangu in Kiharu, Murang'a county, but lives in Mombasa, said his daughter started experiencing fever and lost appetite.

When they took her to hospital, Fyona was diagnosed with stage four kidney failure. She needed a transplant.

The family flew her to India where Njoroge, a father of two, donated his kidney. The kidney failed last year after serving her for seven years.

A relative volunteered to donate another kidney, and they travelled back to India in April last year for a second transplant.

But the girl developed unforeseen complications that prolonged their stay and hindered the surgery until February this year.

“She developed extreme multiplication of anti-bodies that had to be treated before the surgery was conducted,” Njoroge said.

After the surgery, doctors then detected a serious post-operation infection in her bone marrow and re-admitted her in April for specialised treatment.

Afterwards, she developed diabetes as a side effect which she has been managing through insulin injections.

Wanjiku who attends regular check-ups, is set to be released by her doctors in a month’s time.

But her father said although the discharge calls for celebrations, he has depleted his finances and Sh3.9 million is needed to pay for her treatment, air tickets back home and daily medications.

Njoroge said their prolonged stay in India has been overwhelming and has consumed over Sh7 million that has been partly paid for by his daughter’s medical cover.

“I am, however, grateful to friends and relatives who have stood by me and have supported me in this year-long journey,” he said.

Njoroge’s wife Beatrice Matu was overwhelmed by her daughter’s illness and suffered a heart attack just two months before they flew to India. She passed away.

The distraught father had to leave his son with friends, so he could travel to India.

Njoroge told the Star that he had to rent an apartment in New Delhi near the hospital. “Her condition required a well-maintained living area to avoid infections, so we got an apartment in a building that had other foreigners who were also seeking treatment,” he said.

The family is now appealing for help from well-wishers to facilitate their discharge and travel back home.

Contributions can be made to Fyona Wanjiku Kabitta Medical Fund in Equity Bank on account number 0010178747542.

Seven-storey building to be constructed at a cost of Sh200 million, governor says
Counties
2 years ago

Will cater to patients with bone diseases from the county and Central region.
News
2 years ago
by ALICE WAITHERA Correspondent, Murang'a
Central
27 July 2020 - 22:00