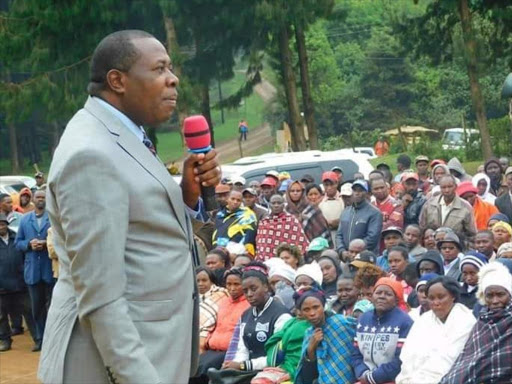 Women in Kijabe ward of Lari constituency are being forced to wear trousers to look like men, to avoid being harassed by monkeys.

They say the colobus primates tease them, grab their breasts and make a lot of noise. The women also wear red jackets to conceal their breasts. Some research shows monkeys dislike the colour red.

The monkeys know that men wearing trousers chase them away but women and children are less threatening.

Emily Wanjiru said women and girls do not dare go outside to fetch firewood in the forest,without a man, since the monkeys will quickly swarm around them. The residents have protested that the animals, moving in a troop of more than 30, have been terrorising them, eating their crops and destroying their farms for 20 years.

Wanjiru said women are thinking of feeding the monkeys contraceptive pills with food to control their birthrate.

“If we can’t control them, after another 20 years, we might be forced to abandon our homes and migrate,” she said.

Resident Benson Maina said the primates have eaten their potatoes, fruits, maize,cabbages, carrots and kale. Maina said they have appealed to the Kenya Wildlife Service, but it has not been able to remove the animals.

“KWS have brought traps, but they do not catch anything. It seems these monkeys know they will be caught,” he added. Colobus monkeys weigh between four and 14 kilogrammes.

Lari MP Jonah Mburu last week raised the issue in Parliament, when he asked the Wildlife Ministry to instruct KWS to remove the primates.

Post a comment
WATCH: The latest videos from the Star
by GEORGE MUGO @geomugoh
Central
14 November 2018 - 00:00
Read The E-Paper