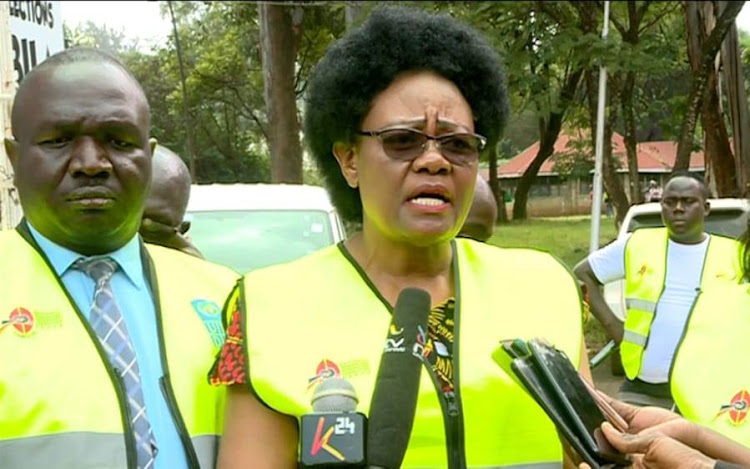 The NCIC insists that it carried out an in-depth survey before identifying potential violence hotspots during the election period.

The National Cohesion and Integration Commission has listed Uasin Gishu, Nakuru and Kericho among counties at high risk of election-related violence.

However, politicians and women from those regions have rejected the tag, saying it does not reflect the truth on the ground.

On Wednesday, NCIC commissioner Dorcas Kedogo defended the classifications saying the agency relied on a factual report based on information from residents in the listed counties.

Uasin Gishu Governor Jackson Mandago and elders from the area are among those who have criticised the NCIC.

They accused the commission of spreading unnecessary fear by releasing the report without a clear basis.

“We are not a hotspot county and the NCIC should stop relying on propaganda to release such a misleading report,” Mandago said.

Kedogo said the commission carried out an actual ground survey.

“In fact, this week we met youth and women groups and we gathered the same information," Kedogo said.

She said the commission was not interested in chaos during the polls but it had to take necessary measures to prevent such occurrence.

She spoke in Eldoret, where she launched a peace caravan that will traverse the region ahead of the polls.

Kedogo said NCIC had stepped up peace and unity sensitisation efforts in hotspot counties ahead of the general election.

She said they have partnered with counties, civil society groups and the provincial administration to reach many people.

Kedogo said the aim of the sensitisation is to ensure the polls will be peaceful.

Police have been ordered to take stern action against politicians or individuals who may attempt to sabotage peace in the North Rift region ahead of the polls.

Tanui said security teams are ready to provide adequate security to residents during and after the elections.

He said his team has also been working with other peace actors to ensure the polls will be peaceful.

“We are working towards peaceful transitional elections and we have put in place measures that will ensure safety for all Kenyans during the elections period.”

Uasin Gishu county commissioner Stephen Kihara said they have activated all security systems including village elders and peace committees at all levels in the region.

Kihara has asked political leaders in the region to stop counter-accusing each other with claims of false security threats.

• Kericho is peaceful and harmonious, leaders say. • It should be removed from the list of election hotspots that need monitoring and police ...
Counties
1 month ago