The family wanted to kill the calf over witchcraft claims.

•Residents say the calf looks healthy and is feeding well.

•The neighbours said they had never witnessed such an occurrence in their locality. 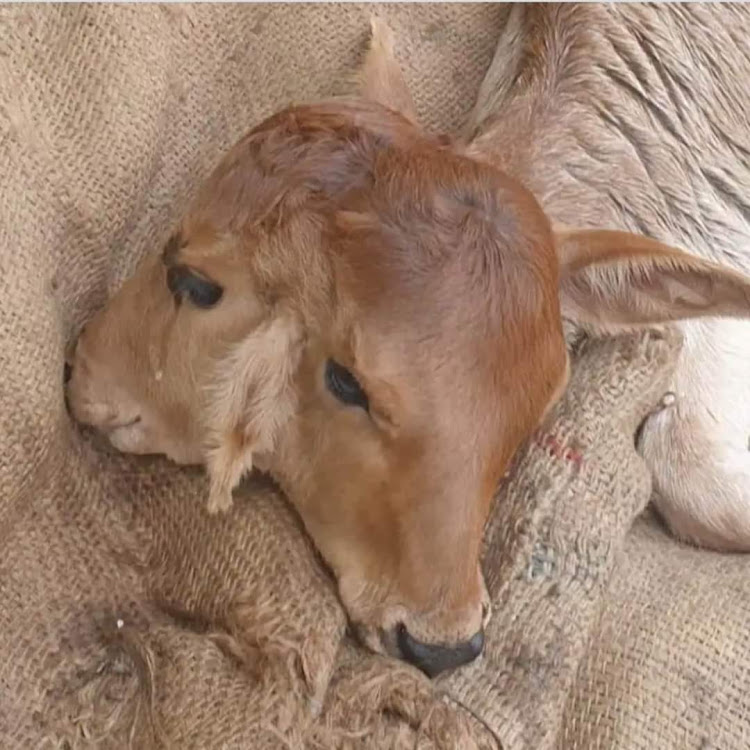 Baringo residents are in shock after a cow gave birth to a calf with two heads, two tongues and three eyes.

The bizarre incident occurred at Kiptolelio village in Barwessa ward, Baringo North Sub-county, on Thursday morning around 5 am.

“We just walk up in the morning and found the cow has given birth to the deformed calf,” said Esther Kimutai, the owner.

She said she rushed to inform the residents, who were also shocked by the incident.

Apart from having two heads, the calf also has two noses.

“When it tries to lick something, all the tongues come out at the same time,” said Ronoh Koech, a neighbour.

The neighbours watched from a distance. They did not want to help in feeding the deformed calf.

“We left it hungry until Friday morning around 6 am. The calf was still alive and strong. We decided to milk the cow to feed the calf,” Koech said.

He said the calf feeds well. “It drinks a lot of milk with its two mouths.”

He said they had never witnessed such an occurrence in their locality.

Koech further said the calf struggles to walk but if it is fed well, it might survive up to its maturity.

But the family wanted the calf to be killed over the fears that it could be due to witchcraft or a curse.

According to County Livestock Director Richard Bundotich, the situation has no direct scientific cause.

“People might guess it on health, generic or food causes, but that might not be the case,” he said.

Bundotich said the inhabitants of Baringo are pastoralists whose sole livelihoods depend on livestock, and so such phenomenon happens rarely in animals.