• Moyan said although the governor had shown commitment in ensuring the volunteers are paid timely, there was no word about the 2018-19 arrears. 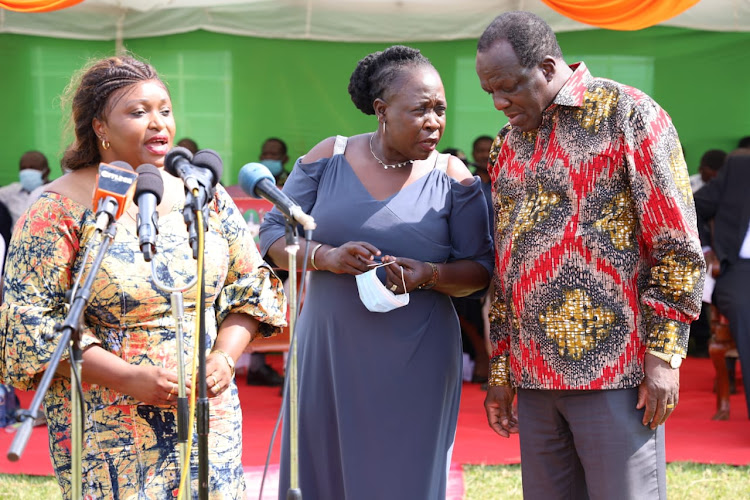 More than 4,000 community health volunteers in Kakamega are demanding over Sh69 million stipend arrears from the county government.

The money is owed to 4,220 CHVs spread across 12 subcounties. Each volunteer is entitled to Sh2,000 monthly stipend.

Moyan further said that for the three months paid this year, 350 volunteers did not receive their pay.

The health volunteers also complained about unexplained deductions from their stipends.

"They made unrealistic deductions from member's dues totalling to Sh18.9 million. We have not been told what deductions were meant for. A bank cannot deduct Sh300 per every Sh2,000 in bank charges. We want an explanation," he said.

On Wednesday, county health executive Collins Matemba denied that the county owes the volunteers any money.

He said he was not aware that any money is owed to the CHVs.

"They are lying to you. Let them be sincere and tell you how much money they have been paid and what the governor [Wycliffe Oparanya] told them," he told the Star on the phone. He declined to respond on the deductions.

He said the governor had assured them that they would be receiving the stipends on a monthly basis, unlike in the past when the money accumulated.

Governor Oparanya has in the last two weeks met CHVs from Mumias and Navakholo.

Moyan said although the governor had shown commitment in ensuring volunteers are paid timely, there is no word about the 2018-19 arrears.

"What the governor talked about is the subsequent payments. No one wants to talk about the arrears. We want the previous executive to be compelled to account for the money," he said.

Lumiti and Anjeche have since sued the county government demanding an explanation for the suspension. The case is still pending in the labour relations court in Kisumu.