Mudavadi, Raila, Ruto will square it off in the race 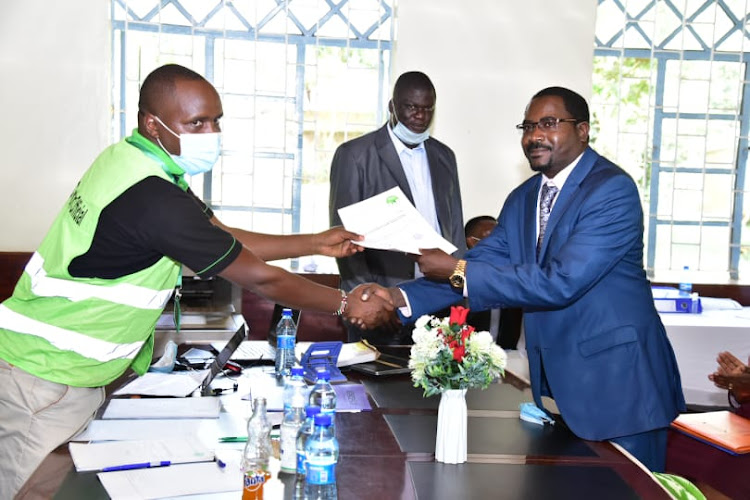 MP Justus Murunga’s widow Christabel Amunga and son Eugene Ambwere are among 15 candidates cleared by the IEBC for the upcoming Matungu by-election.

"We have cleared all 15 candidates who presented their papers. We urge them to carry out peaceful campaigns and stick to the electoral code of conduct," John Kirui, the constituency's returning officer, said on Tuesday.

The initial list had 22 aspirants, but some failed to present their papers for clearance, while some dropped out of the race to back others.

The Matungu and Kabuchai by-elections were occasioned by the deaths of Murunga and James Lusweti last year.

The by-elections now provide fertile ground for the fight over control of the vote-rich region by ANC leader Musalia Mudavadi and his Ford Kenya counterpart Moses Wetang’ula on the one side and ODM leader Raila Odinga and DP William Ruto on the other.

From long convoys and choppers, key political players in the country have made a statement on the seriousness of the two by-elections.

Mudavadi and Wetang'ula, who are seeking to assert their authority as the region's political supremos, are carrying out joint campaigns for their candidates while Ruto and Raila Odinga are keen to challenge the grip by the two on Luhya votes. 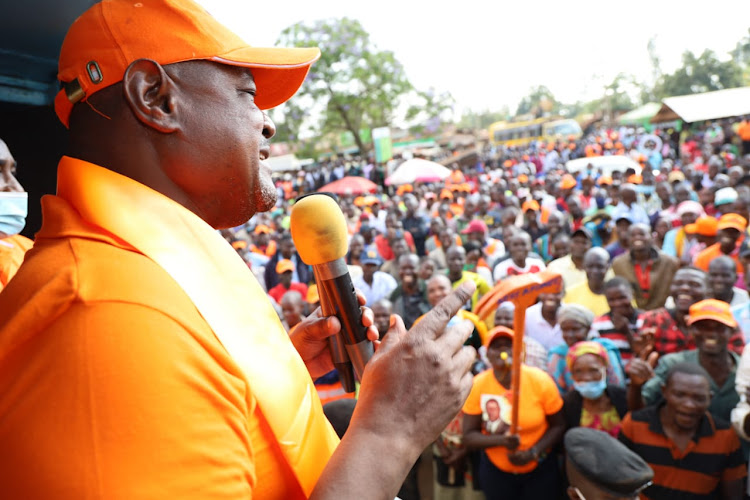 ODM candidate David Were at Matungu centre after being cleared by the IEBC on Tuesday, January 19, 2021
Image: HILTON OTENYO

Political pundits say the race is beyond the representation of the people of Matungu, but is significant for 2022 positioning by key political figures in the country.

Political scientist Amukowa Anangwe said the race is not about candidates but political bigwigs flexing their muscles to see where they stand in the region ahead of the succession race.

A loss by Ruto would erode the momentum he began by backing Msambweni independent candidate Feisal Bader, who won against ODM's Omar Boga. For Raila, that will mean his grip on Western has loosened. 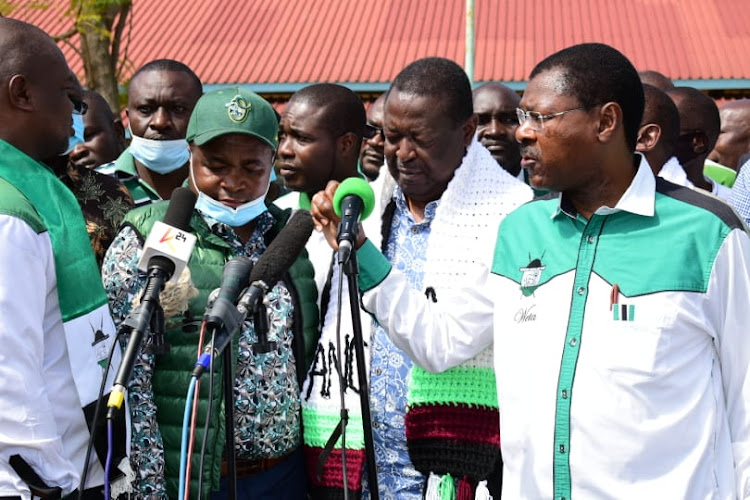 The withdrawal of ODM from the Kabuchai race effectively reduces the contest to a two-horse race pitting Wetang’ula against DP Ruto brigades.