• Ojaamong, Eugene says those who will not register will not receive county or national government services.

• Vihiga county is second with 83 per cent. 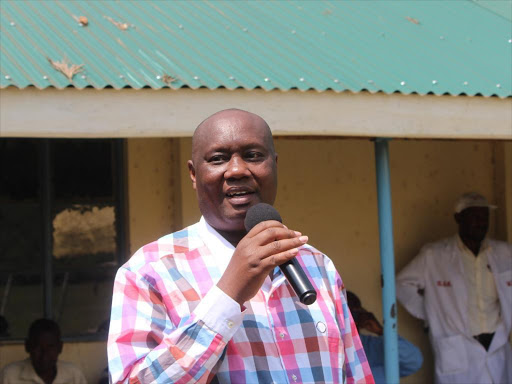 Busia is leading in Huduma Namba registration in Western region, two weeks to the end of the mass listing drive. By Sunday 93 per cent residents had listed.

He said Vihiga is second with 83 per cent; Kakamega and Bungoma follow with 76.2 per cent and 68.3 per cent, respectively.

Busia Governor Sospeter Ojaamong and Devolution CS Eugene Wamalwa have thanked residents for turning up in large numbers to register for Huduma Namba.

Speaking in Teso North and Teso South subcounties, where they went to distribute food to flood victims of Amoni and Akiriamas, the two leaders urged those who have not registered to do so before the deadline.

They said those who will not register will not receive county or national government services.

“Registering for Huduma Namba will enable the government to know the number of people in each subcounty and resources to be channelled there,” the county chief said.

Eugene said every Kenyan has a right to acquire Huduma Namba.

He said resources will be channelled to counties based on the number of people captured in the National Integrated identity Management System (NIIMS).

The nationwide mass biometric registration programme was launched on April 2,. It runs for 45 days.

Post a comment
WATCH: The latest videos from the Star
by JANE CHEROTICH Correspondent, Busia
Counties
01 May 2019 - 00:00
Read The E-Paper