State takes another go at M-Akiba 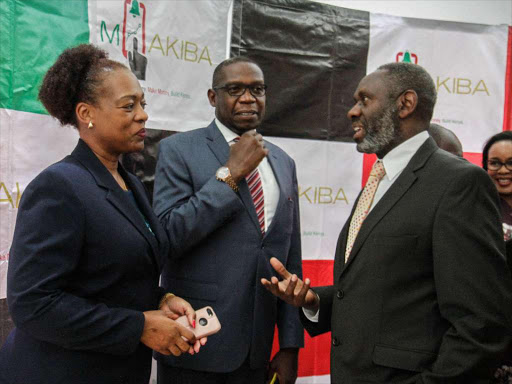 In the first issue, Treasury offered a Sh1 billion infrastructure bond with a Sh4 billion Green shoe but only managed to get Sh247 million from the market.

The reopened bond will be sold in four tranches of Sh250 million each throughout the year with the first issue expected to run to March 8, offering 10 per cent tax free interest to mature in 18 months.

Although the bond targets investors who can buy for as low as Sh3,000 via their mobile phones, Kenya’s think custodians of the first mobile phone bond in the world have done little to protect low income savers from high end investors.

“M-Akiba is a step in the right direction in matters inclusivity. While it is marketed as a ‘Wanjiku bond’, there is no clear guideline on how to ensure that low income investors are not crowded out,” Jack Mwale said on Twitter.

An M-Pesa user is limited to Sh140,000 worth of transactions per day while those who transact via Pesalink can purchase bonds worth Sh1 million in a day.

Carol Musyoka, a lawyer and founder of Carol Musyoka Consulting opined that M-Akiba was not every Kenyan product, arguing it favours elites more than those at the bottom of the economic pyramid.

“The opportunity here is for the brokers who will provide a release for that cash against a profit-induced discounted purchase price, or the bankers who will allow the investor to leverage that investment and borrow against that virtual security,’’ she said.

Yesterday, Central Depository and Settlement Corporation chief executive Rose Mambo confirmed the depository’s commitment to perform their role as the issuing and paying agent for the bond.

“During the offer period, CDSC will facilitate the creation of CDS accounts, processing of applications in the primary market, and shall offer registry services as a sub-register to the Central Bank of Kenya,’’ she said.

This, according to Odundo will be done by leveraging on increased mobile phone penetration to democratize access to formal financial systems for savings and investments.

‘’More Kenyans are now able to participate in Government bonds by investing a minimum Sh3,000 which is considerably lower in comparison to the minimum Sh50,000 required to invest in other Treasury bills and bonds,’’ he said.