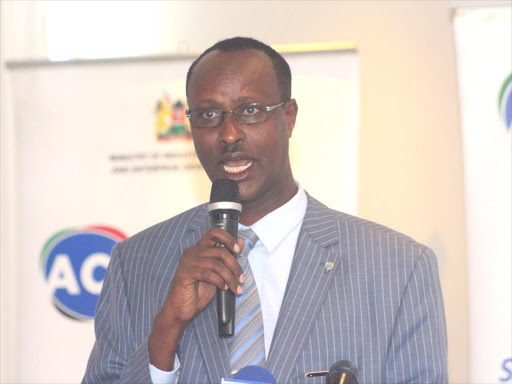 Nearly three quarters of Kenyans use counterfeit goods, according to a research by Anti-Counterfeits Agency.

Out of the 70 per cent above, only 19 per cent purchase counterfeit goods knowingly, 49.6 per cent claim they bought the goods because they were cheap, 17.3 per cent were looking for original items but couldn’t find and 18.3 per cent were not aware of the risks.

The most counterfeited goods in the market are mobile phones at 51.8 per cent, alcohol at 30.8 per cent, DVD players at 26.4 per cent while bottled water is at 24 per cent.

“Whereas there is a market for cheap counterfeit goods, it is not easy for consumers to notice majority of these goods. Again, most are not displayed in shops but stored at home or in washrooms becoming a challenge for the agency to counter it.”

“You find cases of Pakistan rice packaged as Mwea rice, or even pesticides and chemicals sold without use- instructions becoming a challenge for even us as the agency,” Mutahi said.

The agency blames the long and porous borders and the East Africa integration as the key impediment to its efforts to fight counterfeits, with majority of importers ordering goods destined for Uganda and South Sudan.

ACA chief executive Elema Halake said the efforts of multi-agency team in the fight against illicit trade at the airport, sea ports and the Inland Container Depot Nairobi (ICDC) extensions is bearing fruit.

The report shows efforts by the multi-agency saw a decline in percentage of counterfeit electronics in the market to 66.61 per cent in 2014 from 79.7 per cent in 2010.

“Kenya is indeed ahead of its counterparts in the fight against counterfeits but manned land borders open the country to illicit trade. We hope to strengthen collaboration with county governments to ensure border control,” Halake said.

The agency announced a pending anti-counterfeiting bill to the East Africa Legislative Authority to prevent goods being imported back from the region.

It is also plans to have an anti-counterfeiting mark for locally manufactured goods that will allow recording of an Intellectual Property Right that can be scanned with a smartphone.