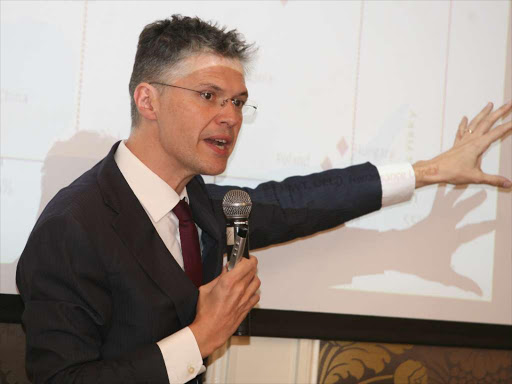 Kenya’s public debt rose by 30.62 per cent to Sh3.62 trillion in June from Sh2.83 trillion, fresh data from the Central Bank shows.

This means about 55 per cent of the country’s wealth is in debt compared to 52.8 per cent in June last year.

Analysts at Renaissance Capital yesterday said the government needs to slow down on budget spending to ensure the country’s debt remains sustainable, warning of a higher credit risk if the soaring borrowing appetite persists.

The global investment bank said the country’s sovereign credit rating is likely to drop if the government continues to borrow heavily.

It said Kenya has been loaned more than 50 per cent of the Gross Domestic Product with a budget deficit of above eight per cent of the GDP in the 2016-17 financial year, against an average of three per cent.

“There is a risk and at some point people will stop financing budget deficit or demand high interest rates. Kenya is taking more risk with the kind of borrowing we are witnessing,” Renaissance managing director and head of macro strategy Charles Robertson said.

“Kenya’s debt is something to watch. The country needs to slow down on spending and external borrowing,” Renaissance Sub-Saharan Africa Economist Yvonne Mhango said.

This financial year, the government plans to borrow about Sh675 billion, comprised of Sh450 billion foreign debt and Sh225 billion from domestic markets to bridge the gap in the budget.

A budget deficit occurs when the government expenditures exceed revenues in a given time period.

In August, global ratings agency Standard & Poor’s said Kenya’s credit worthiness is facing a possible downgrade in the next one year.