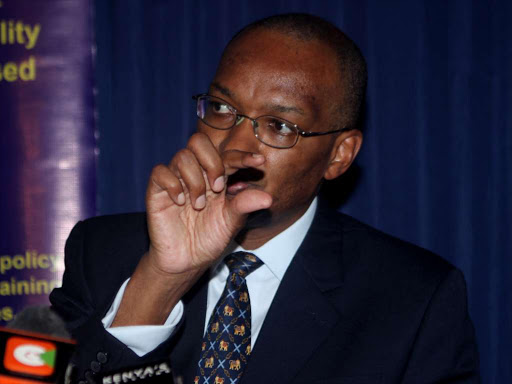 Besieged commercial banks yesterday made a public commitment to immediately cut interest rates in a last-ditch move to persuade President Uhuru Kenyatta not to assent to a bill capping rates.

Through the Kenya Bankers Association, lenders promised to reduce interest rates by at least 97 basis points, urging the president not to sign the popular Banking (Amendment) Bill 2015 into law.

The bill, which caps interest interest at 400 basis points above the 10.5 per cent Central Bank Rate and deposit rates at a minimum of 70 per cent of the CBR, was unanimously passed by the National Assembly on July 27.

The commitment is contained in a seven-point memorandum of understanding by the banks to gradually cut interest rates from the prevailing average of 18.2 per cent. This will be in line with the hitherto largely ineffective Kenya Banks Reference Rate – the industry-wide base rate effected in July 2014 and reviewed after every six months – which was slashed to 8.90 from 9.87 per cent by the CBK’s Monetary Policy Committee on July 25.

The ‘nuisance’ bank account closing charges have also been scrapped in the public MoU, which was handed to the CBK yesterday, following 10 days of discussions on the bill sponsored by Kiambu Town MP Jude Njomo.

“Further action need to be pursued so as to lower interest rates at a sustainable manner. This is a journey and this is the first step,” CBK governor Patrick Njoroge warned. “There’s a lot that can be done within the current legal framework. But this is something that needs a commitment. I don’t think as a customer, what I want to see is a new legal document that tells me my interest rates will come down by 100 basis points.” Banks have been under fire for charging the micro, small and medium-sized enterprises – perceived to have high risk of default – as much as 25 per cent interest on loans, while corporates enjoy as low as 10 per cent interest.

This, the proponents of the bill have argued, has undermined enterprise development given the MSMEs are the engine of Kenya’s economic growth which has underperformed its annual potential of 10 per cent by half on average.

“Key corporates will not just go the banks and be given the rate. They send out proposals to a couple of banks and say ‘this is my financing requirement, what kind of rate do you charge?’,” Co-operative Bank CEO Gideon Muriuki said.

The banks have also committed to set aside Sh30 billion for lending to the MSMEs at a maximum rate of 14.5 per cent, with about Sh10 billion of that going to women and youth-owned enterprises. “The banks must formally declare the allocation and report progress on a quarterly basis with the first reporting cycle falling on November 1,” KBA CEO Habil Olaka said. “The Central Bank will monitor the progress and by February 2017, the goal would be to have Sh5 billion worth of preferential loans extended to MSMEs.”

A Sh100 million technical assistance programme to help MSMEs negotiate for better terms will also be set up next January. Njoroge said banks should be trusted given their past failures on self-regulation because “this time is different because we know the damage that we are causing to the economy”.