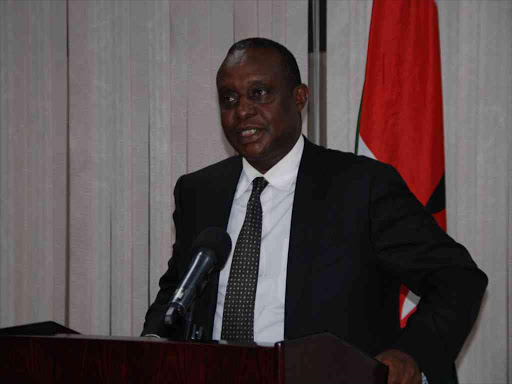 Kenya Power’s near-monopoly on electricity distribution could end soon after the government said it will fast-track plans to open up electricity supply to private firms.

Treasury Cabinet secretary Henry Rotich said yesterday the government was looking at how privately-owned utilities could participate in the distribution and retailing of electricity from the more than 2,300 megawatts national grid.

The plan, if implemented, will allow consumers to choose their preferred electricity supplier – a stranglehold of publicly traded Kenya Power which is 51 per cent owned by the state.

“We have have managed to bring investors in the generation part and so in the distribution end, we also want to see what we can do to bring in the private sector,” Rotich told reporters in Nairobi.

“It is an ongoing process, we can’t say that it is an event. It is a question of the interest of the private sector to do the distribution.”

The proposed plan is already in the process of becoming law through the government-sponsored Energy Bill 2015, which underwent second reading on March 10 in the National Assembly and is now pending at the committee stage.

The bill provides for licensing of more electricity distributors and retailers, who will build substations and distribution lines to homes.

“The process has already started and we will be making sure the distribution (of electricity) is also privatised,” Rotich said.

State-owned KenGen, which controls about 73 per cent capacity on the national grid or 1,611 MW, has also announced plans to sell power directly to large factories near its plants.

“One way is selling power directly to companies located near power plants.”

Post a comment
WATCH: The latest videos from the Star
by CONSTANT MUNDA @mundaconstant
Counties
24 May 2016 - 05:00
Read The E-Paper