• The UK and Switzerland raised interest rates on Thursday, a day after America's central bank announced its steepest interest rate rise since 1994.

•Policymakers are raising rates to slow demand in hopes of easing some of the pressures pushing up consumer prices. 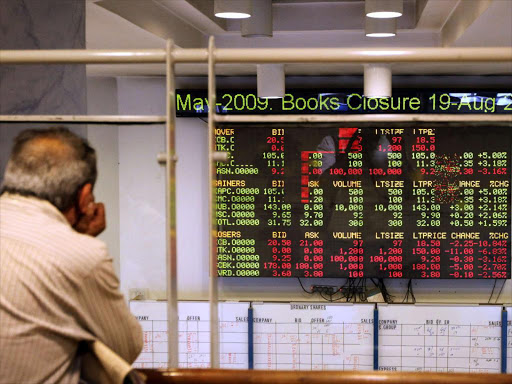 Asian stocks fell on Friday after major losses in the US and Europe as worries about the economy intensify following a series of rate hikes around the world.

The UK and Switzerland raised interest rates on Thursday, a day after America's central bank announced its steepest interest rate rise since 1994.

Policymakers are raising rates to slow demand in hopes of easing some of the pressures pushing up consumer prices.

Investors fear the moves will tip the global economy into sustained slowdown.

"The Federal Reserve is going to hike interest rates until policymakers break inflation, but the risk is that they also break the economy," said Ryan Sweet of Moody's Analytics after the US rate rise was announced.

Markets had already been in shaky territory, with the S&P 500 down more than 20% from its January high ahead of the US rate hike this week.

On Friday, Japan's Nikkei was 1.5% lower, while Australia's main stock market index was down by more than 2%.

That came after Thursday saw a sell-off in the US, with the S&P 500 falling by 3.2%, while the tech-heavy Nasdaq dropped more than 4%.

The Dow Jones Industrial Average tumbled more than 2.4%, pushing it below 30,000 points for the first time since January 2021.

Few companies were spared, with firms reliant on discretionary spending, such as Nike and airlines, among those hardest hit.

Energy companies, which would also see demand fall in the event of an economic slowdown, also dropped.

Shares in Tesla fell by 8.5% after the firm unveiled price increases following rising costs. The electric carmaker's autopilot features are also under scrutiny by US road safety regulators.

Spotify also sank 7%, a day after the streaming giant said it was slowing hiring in the face of economic uncertainty, becoming the latest big company in the tech sector to announce such a move.

In the UK, where the Bank of England warned inflation could hit 11% this year, the FTSE 100 ended Thursday down more than 3%, although the FTSE 100 and 250 were marginally up in early Friday trading.

Germany's Dax index fell more than 3%, while France's Cac 40 ended 2.4% lower on Thursday, but both markets were also up on Friday morning.

The benchmark Stoxx 600 hit its lowest level since February 2021.

A warning about Covid-19 infections in Beijing also added to investor concerns about global economic growth.
Business
7 months ago
Post a comment
WATCH: The latest videos from the Star
by BBC NEWS None
Markets
17 June 2022 - 12:47
Read The E-Paper